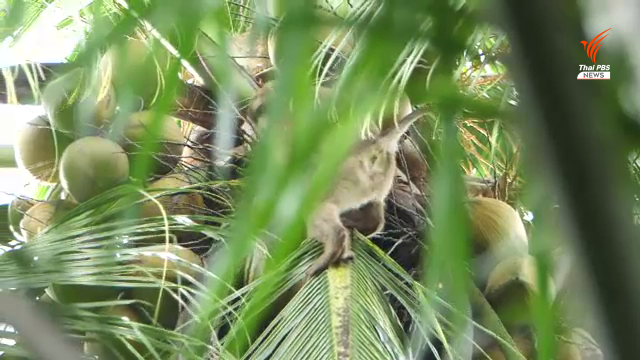 US-based animal rights protection group PETA has been accused of double standards and cultural racism after it claimed that the use of monkeys in harvesting coconuts in Thailand is cruel, and its call to ban Thai coconut products.

In his Facebook post today, Mr. Atthawich Suwanpakdee, secretary-general of the Kla Party, asked about the difference between the use of monkeys to pick coconuts in Thailand and the use of pigs in the search for truffles in Europe.

He said that the use of monkeys and pigs are two different cultures and both are respectable, adding that, in Thailand, monkeys and men work together to pick coconuts, with the animals being properly trained at special schools.

In the West, Mr. Atthawich said pigs have been used for generations to find truffles, which are an expensive delicacy served in restaurants.

“PETA’s concern over animal cruelty is understandable, but its campaign for countries to ban coconut products from Thailand is cruel and an insult to our culture.

Nowadays, one should respect racial and cultural diversity,” said the Kla party Secretary-General.

Thai TV celebrity, Ms. Narakorn Tiyanont, has called on PETA to look at the way western farmers raise geese to produce foie gras, or goose liver, which is a delicacy in French cuisine. She says the geese are force-fed using metal tubes to fatten the liver. Ms. Narakorn also cited the brutal treatment of cows in the dairy industry.

Meanwhile, in a statement to Thai PBS World, PETA senior vice president Jason Baker confirmed their findings of cruel treatment of monkeys in the harvesting of coconuts in Thailand.

“When the government tries to explain away extreme cruelty to monkeys, it only makes the public angrier. The world doesn’t want to see these animals being deprived of their natural lives and exploited by the coconut industry. The government can lead the industry to operate humanely, with an animal-free method, which the rest of the region has already adopted, or it can be responsible for the industry’s downfall, because the writing is on the wall.”

“Increasing numbers of consumers are speaking with their wallets, and retailers are listening. Our investigator was told repeatedly that these monkeys are taken from their families in nature, kept chained-up, abusively trained and forced to climb trees. They should be with their families, not enslaved,” the statement said. 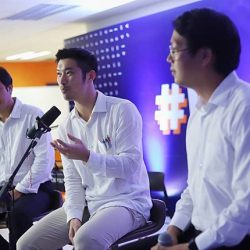 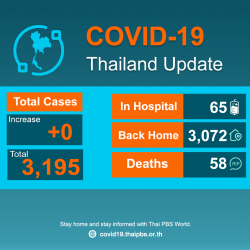 No new COVID-19 infections reported in Thailand on Tuesday