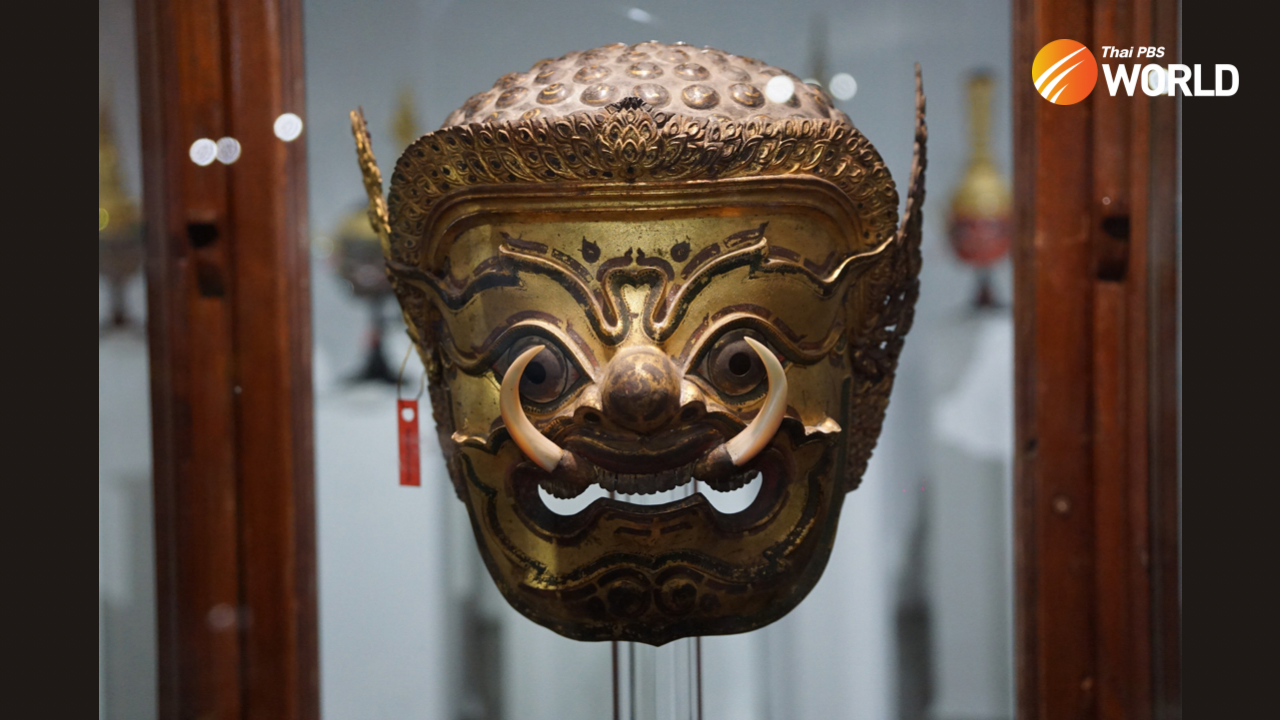 Meet the demon, Kumbhakarna, a 135-year-old copper mask with wide eyes and a grin on his face. (Photos by Phoowadon Duangmee)

Visitors to Bangkok’s Ratchadamnoen Contemporary Art Center are now able to see one of Thailand’s oldest Khon masks, as well as a range of glittering headdresses and spectacular traditional costumes.

The exhibition “Vichitraporn and the Fine Arts of Khon” is being organized by Thammasat University’s Department of Cultural Promotion and the Thai Khadi Research Institute. It includes the finest headdresses and Khon masks. A 135-year-old copper mask of Kumbhakarna, a demon character in the Ramayana, from Chiang Rai province is among them.

Welcoming the visitors and culture buffs to the exhibition is the magenta mask of Valmiki – the Hindu priest who lived sometime between the fifth and the first centuries BCE. Without Valmiki, the Thai classical court masked dance of Khon would most likely not exist, as he is the author of the Ramayana epic.

Adapted from the Ramayana, the Thai Khon Masked Dance drama depicts the glory of Rama, the hero and incarnation of the god Vishnu who fights the demon king and restores order and justice to the world. The traditional performance combines music, vocalization, literary references, dance, rituals, and handicraft elements. Khon has been inscribed on the UNESCO Representative List of Humanity’s Intangible Cultural Heritage since 2018.

The exhibition is divided into three rooms on the second floor of the Center, and features rare and valuable collections of Khon masks, costumes, and headdresses.

The demon masks, led by Ravana, the disfavored demon king who abducted Ram’s beautiful wife, occupy one side of the wall. The demons are the bad guys, and they look mean too. They have a grinning mouth – sometimes closed, sometimes open, – and wide eyes. Some demon masks have half-open crocodile eyes, signifying anger. All have two large sharp teeth.

The most outstanding demon mask in the exhibition is the copper mask of Kumbhakarna (a demon character in Ramayana) from Chiang Rai province. The 135-year-old mask was created by legendary artist and master Khon mask-maker; Kru Chit Kaewduangyai.

Next to the demon mask collection is the monkey army – led by Hanuman – who helps Ram fight the demons.

Human characters such as Ram, Sita, and Lakshmana do not wear masks while performing on stage. Their masks, however, are on display at the exhibition. Unlike the demon mask, the incarnations of Ram and Sita have angelic faces and smiles.

After you’ve seen them all, you’ll probably find it amusing that the Demon King Ravana and Ram – the Prince of Ayothaya and the incarnation of the God Vishnu– actually have something in common. They both have green skin and a crush on the same woman, Sita.

The Khon mask is a helmet-like mask made of papier-mâché with lacquer, paint, gold leaf, and glass mosaic details. To make a Khon mask in ancient times, the creators had to be masters of a wide range of skills and trades. They needed to be skilled in working with paper, wood carving, engraving, sculpting, leatherwork, and goldsmithing just to make one mask. That is why traditional Khon mask making is regarded as a fine art form in Thailand.

And it’s not just the masks that are worthy of admiration. The exhibition also features the finest headdresses and spectacular traditional costumes.

The exhibition runs until March 25

Ratchadamnoen Contemporary Art Center is on Ratchadamnoen Avenue, next to the Democracy Monument. It is open Tuesday to Sunday from 10am-7pm. 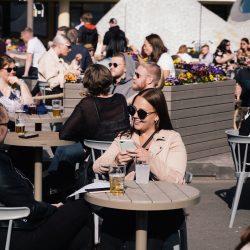 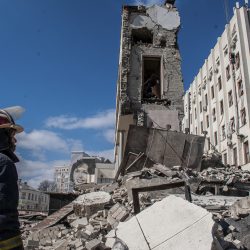 Putin rallies behind troops while lethal fire rains down