The Visa on arrival facility for Chinese tourists is likely to be suspended temporarily as Thailand seeks to tighten up controls to fend off the possible spread of novel coronavirus.

Public Health Minister Anutin Charnvirakul, in his capacity as head of an ad hoc committee tasked with handling the health threat, said today that the committee will propose the suspension as a temporary measure to the Government.

He said that arrivals from China have already dropped in number, while the screening process for all passengers arriving from China has been tightened, with special gates for their flights and a separate arrival pathway, where passengers from those flights are subjected to three screening checkpoints.

Minister Anutin stressed that the Thai government is treating the health safety of the Thai people as its top priority.

He disclosed that the number of Chinese tourists in Thailand has dropped by about 80%, while new arrivals have also fallen sharply, noting each flight arriving from China now carries about 30 tourists compared to the normal average rate of about 200.

He also warned the public to keep abreast of news updates about the virus from the ministry and to be careful to avoid fake news.

In Phuket today, Phuket Wachira Hospital director, Dr. Chalermpong Sukonthaphon, disclosed that 10 people, out of 23 suspected of being infected with coronavirus since January 5th, are now at four hospitals pending laboratory tests.

Thirteen other suspected cases have been cleared of any infection and have all been discharged from hospital, he said. 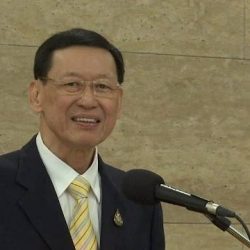 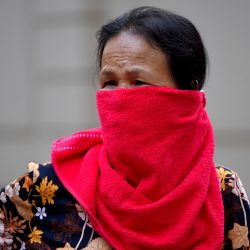