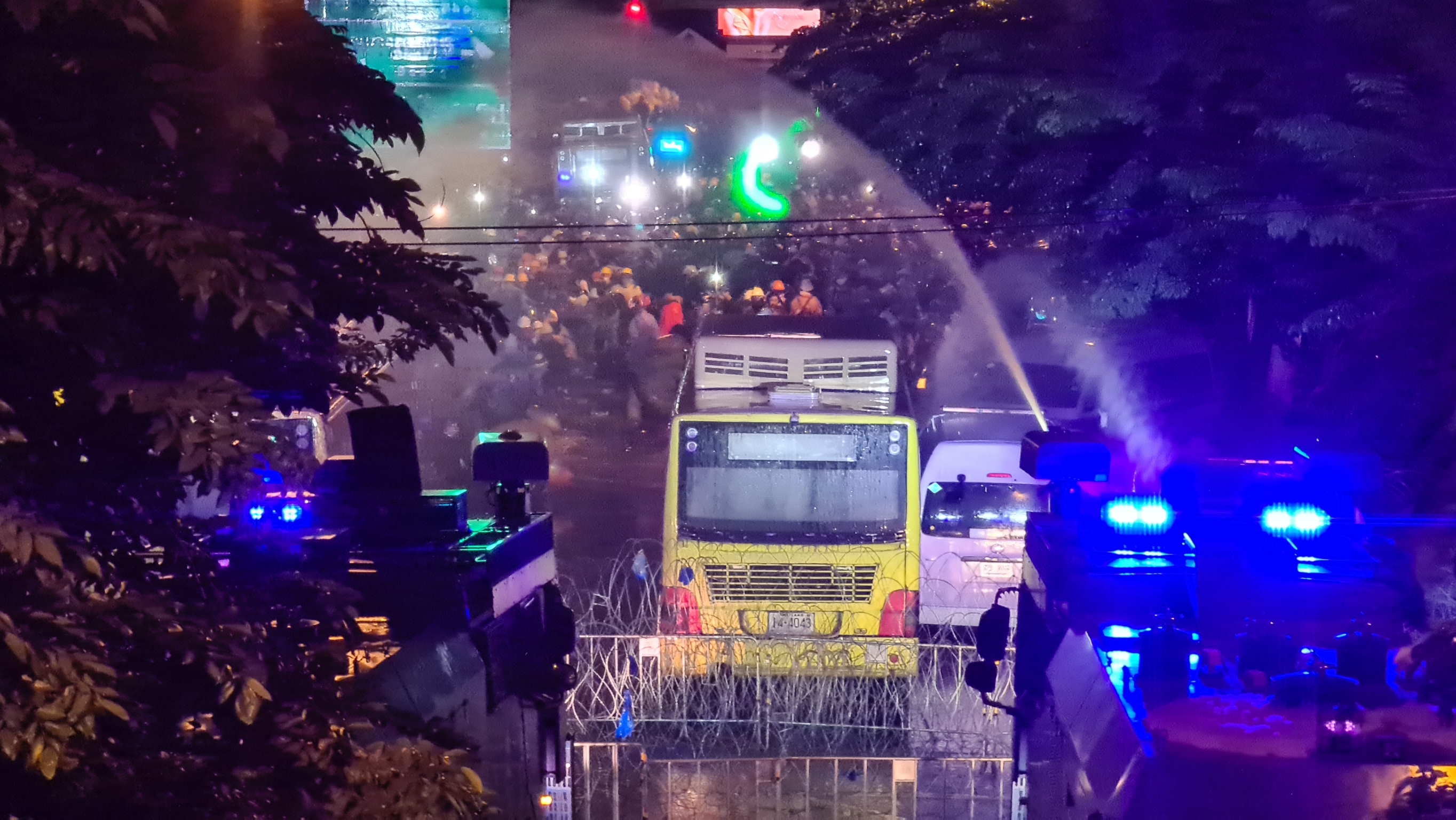 As parliamentarians debated the bills seeking to amend the constitution, police battled anti-government protesters trying to break through barriers outside the Parliament at Kiakkai intersection.

At one point scuffles also broke out between pro-democracy protesters and royalists dressed in yellow.

As least 9 people were reported to have been injured after police used high pressure water cannons against thousands of protesters who attempted to approach the parliament complex.  Some protesters responded by throwing projectiles at the anti-riot police.

Deputy police spokesman Pol Col Krissana Pattanacharoen said police decided to use water cannons against the protesters after they ignored their warning to step back.   He said police had drawn a 50-metre radius around the parliament which protesters were not allowed to encroach.

Many of them stayed behind and clashed briefly with the anti-government protesters who were there to pressure parliamentarians to pass the bills.  But at one point later, protesters on both sides were seen embracing each other under a hail of projectiles before agreeing to a truce.

As the stand-off between the police and protesters continued, parliamentarians shifted their debate on the bills to the situation outside.  Some opposition MPs pleaded with House Speaker Chuan Leekpai to convince the police to refrain from using violence against the protesters.  As the debate dragged on, a number of MPs and senators as well as parliament officials were seen leaving the compound for safety reason.

At press time, the protesters were still confronting the anti-riot police manning what was reported to be the last barrier between the demonstrators and the parliament complex. 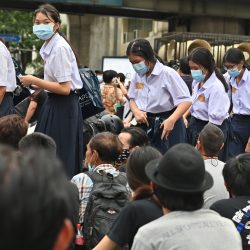 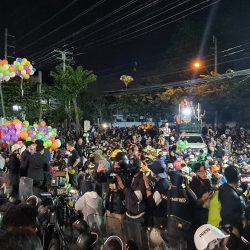