Prime Minister Prayut Chan-o-cha has shrugged off a reported threat, by five smaller parties in the coalition government, not to vote in support of the Government if it fails to answer the opposition’s questions effectively during the forthcoming no-confidence debate.

Asked about the reported threat today (Wednesday), the Prime Minister admitted that he had not been informed yet adding, however, that all the coalition parties are fine and on good terms.

He warned, however, that if the Government does not survive the censure debate, the country and the people will suffer and political parties will face the consequences as well.

The Prime Minister insisted that he has done his best and is unconcerned about the threat.

Opposition chief whip Suthin Klangsaeng claimed yesterday that the opposition had sought the opinions of the public and found that most agree with its move to censure the government, tentatively scheduled for the end of this month.

He said the opposition will focus their challenges on specific areas, including suspected corruption, inefficiency in national administration, legal violations and those suspected of robbing the country of opportunities.

Pheu Thai secretary-general Anudit Nakhontap said opposition members in the 35 House committees have done their homework and collected enough evidence of suspected misdeeds by the Government.

He thanked members of the public who came forward to offer useful information, which could be used in the censure debate. 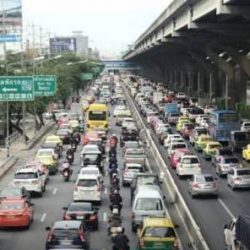 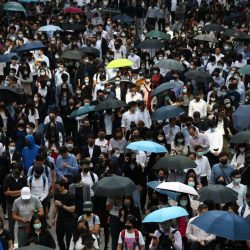 Warning for Thais in or travelling to Hong Kong