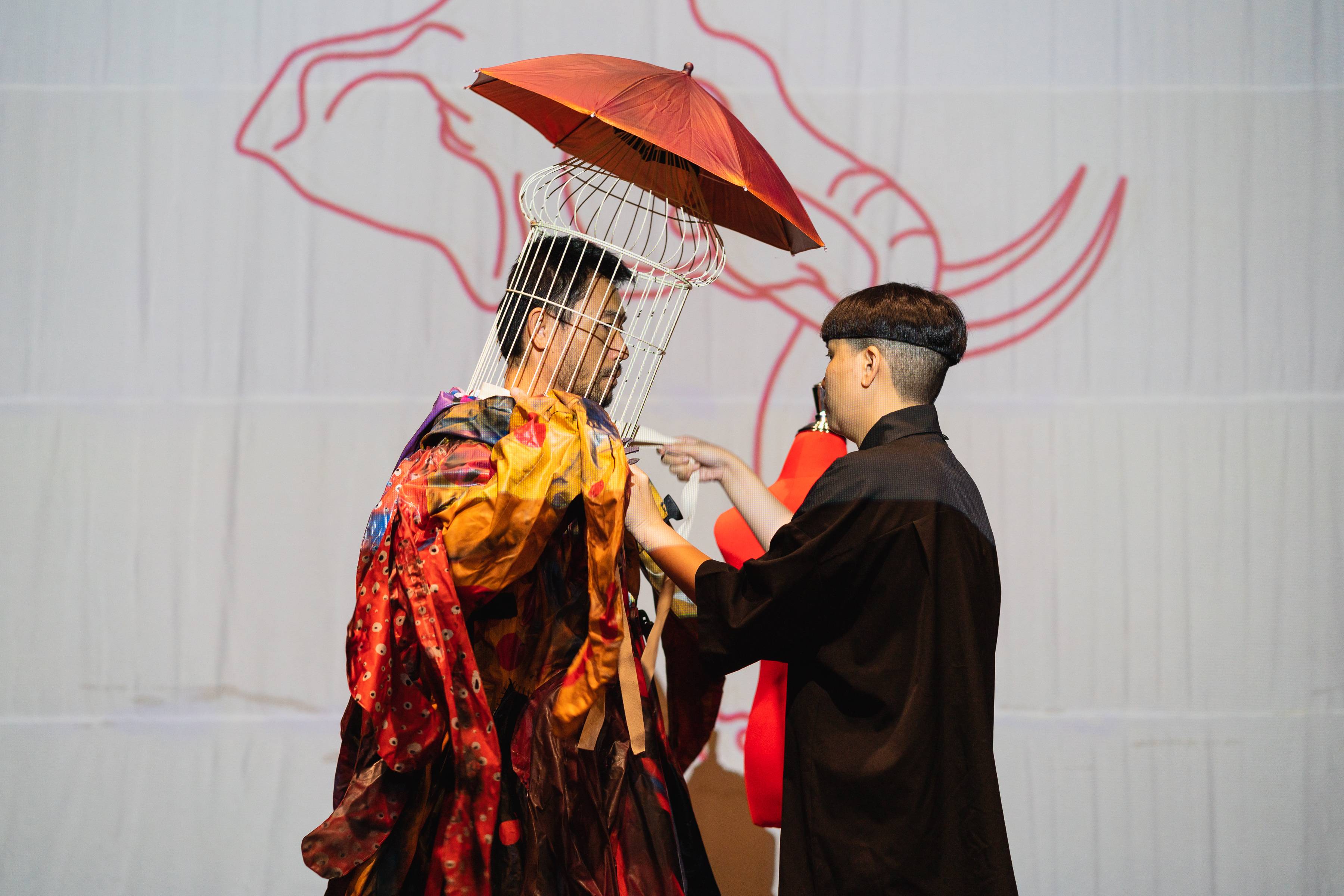 Pichet Klunchun sets out to do the impossible with a specially created show to mark the anniversary of the Universal Declaration of Human Rights.

Can several complicated human rights issues be presented through one contemporary dance? Yes, when the choreography and artistic direction is in the very capable hands of the internationally acclaimed doyen of khon and contemporary dance, Pichet Klunchun. Yet even Pichet, a committed human rights advocate, says he found the task of illuminating freedom and rights issues in one performance a major challenge.

“It’s hard talking about each topic in such a short time period. Actually it should have taken me seven years to complete the whole series, or one show a year for one (human rights) convention,” Pichet admits during a recent interview about his upcoming performance entitled “7” for Human Rights Day 2020.

The dance will be performed as a highlight of “7 Decades of Human Rights”, an event celebrating the 70th anniversary of the adoption of the Universal Declaration of Human Rights by the United Nations. Pichet Klunchun Dance Company will communicate the key principles of the seven human rights treaties, which Thailand has ratified, through the artistic language of contemporary dance. 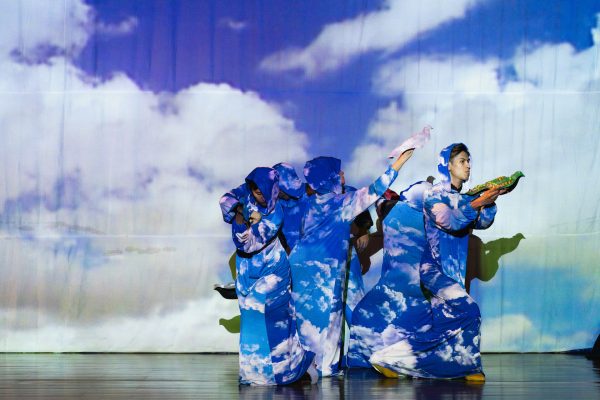 Pichet has added another five professional dancers from outside to the six full-time dancers in his dance company to achieve his ambition. “During rehearsals, I realised that six (dancers) were too few to achieve what we want to communicate. So, I added five more and who knows?, 11 may not be the final number,” Pichet says with a smile.

Pichet has been a critic of cultural and social issues throughout his career. However, putting these into dance form it is another matter when it comes to specific rights in treaties that Thailand has ratified such as the rights of indigenous people, children’s rights and the rights of the disabled. The choreographer found the most challenging of these was the indigenous group, which he has chosen as an opening scene as it can represent human beings well.

“Looking at all 7 treaties, we came up with a solution – using birds as the symbol. As for indigenous rights, we use several colours of birds rather than getting the dancers to don ethnic costumes, which is far too clichéd. I look at indigenous people in a broader sense; I think it represents people of all races around the world.” 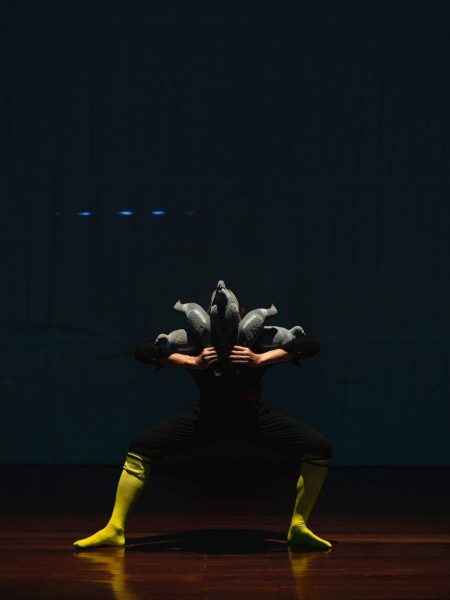 As contemporary dance communicates through body movements, Pichet’s team undertook a great deal of research to find the body language to portray the everyday struggles of the marginalised. For example, they looked at how people in wheelchairs move. “Disabled people have their own movements but these are often limited. We may pity them but as a dancer, I see the beauty in body language,” he says,

In a way, performing arts are also guilty of discrimination, he points out, as the stage only welcomes actors with good figures and looks. “This is so outdated because nowadays we have so-called disabled theatres and everyone can perform.”

Researching how contemporary dance can underline the 7 rights instruments has also led to new discoveries for Pichet.Struggling to reflect the problems faced by the homeless, he came to realise that these people had their own reasoning and their logic might not be the same as others in society.

“We assume they are lazy because we normally see them sleeping during the day but in fact they have to do so to prevent themselves sleeping at night, a time they see as very dangerous. And they appear to be very dirty. That, too is another “shield” to protect themselves. Staying dirty means that other people stay away from them.”

The homeless struggle will be the third scene of the show. The dance will be accompanied by voice clips that tell a real story of this group – how they are violated and how they feel. Dance master Pichet will dance in this scene and he will don a specially designed costume inspired by his research. “A homeless person always walks around with a lot of stuff hanging off them. It’s as if they were walking with a moving house,” he says. 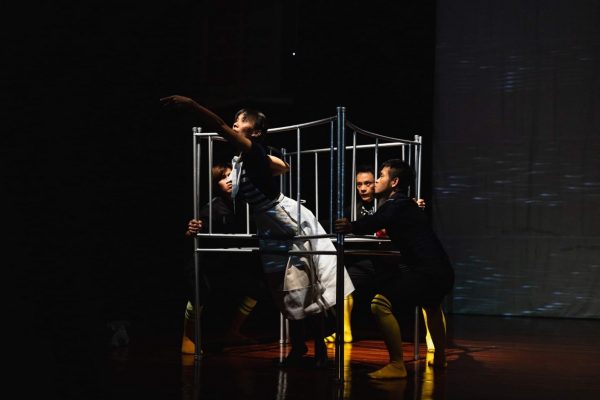 The show’s costumes are designed by rising star and former fashion designer Piyaporn “Bo” Pongthong who has a solid background in theatre. Apart from the homeless costume, she has come up with the costumes of three female characters from the Thai classic literature Ramakien (Ramayana). Three dancers will wear masks according to the original tradition of Khon. The scene will highlight the plight of women through three characters: Sida, Benjakai and Sammanakka.

“The three will take the stage and protest. Sida (Sita) will hold a sign saying that she is mistreated and jailed by someone who said he loved her. Benjakai will ask for justice as she was raped. Sammanakka has her tongue and ears cut! The three will petition to remove their characters from the Ramakien,” he explains with a broad smile.

Pichet said that he found that scene most entertaining. “I don’t know whether you agree but I found it very strangely amusing that we have enjoyed these stories all along,”

As a director, Pichet says his duty is not all about creating a concept nor designing a production. Instead, his role as the show’s director is to manage the thoughts of audience and play the game in people’s minds. He feels the real challenge is how to combine all 7 treaties in one show and inform people about their rights. After all, a contemporary dance performance isn’t by its very nature about telling a story but more like a journey to broaden one’s experience.

“We want to reflect the reality but the real situation at the moment is way more serious and truthful than our show,” he concludes.

“7” will be staged on December 8, 2020 at the Alliance Francaise on Wireless Road.. Free admission with registration at engage.eu before November 30,2020. Visit https://www.facebook.com/EUinThailand for details or call 02-305-2662. 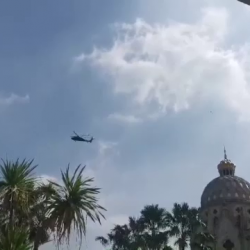 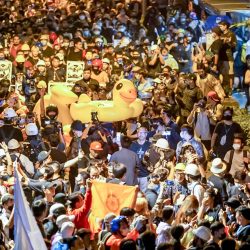