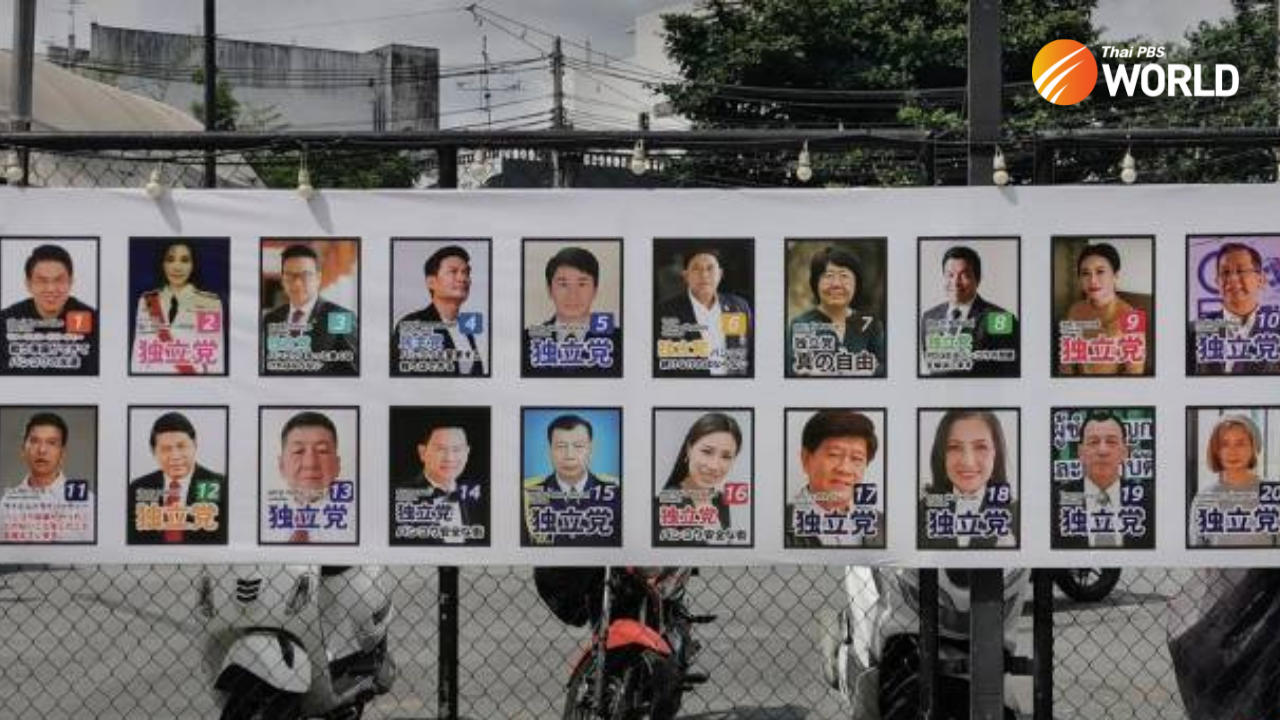 Battle is heating up both online and offline as Bangkok governor candidates woo voters of all generations ahead of the May 22 election.

In the offline realm, candidates are jostling for attention via banners, billboards, leaflets, radio spots, newspaper ads, and even TV commercials. In cyberspace, they are bombarding voters with creative content and eye-catching gimmicks.

She explains that Gen X voters (born 1965-1980) and Baby Boomers (1946-1964) consume both online and offline media. These two generations account for about 42 percent of Bangkok’s 4.4 million eligible voters. The rest are mostly made up of Gen Y (Millennials) and Gen Z (under 25s). Voters from the so-called Silent Generation (1928-1945) account for a relatively small number.

Wilaiwan says online media is playing a big role in the ongoing race, with many news websites staging debates between candidates.

“Some of these debates focus on specific subjects, attracting voters who will cast their ballot based on the policies of candidates,” the academic said.

In her view, debates both online and offline help voters get to know not just the candidates’ policies but also their mindsets.

“That’s why debates are important,” she said.

And thanks to the growth of online media, more gubernatorial debates are being held. This means that candidates who might be reluctant to join large TV debates can still get their message out via the internet.

What Gen-X voters want from the next Bangkok governor

Independent candidate Chadchart Sittipunt has received the most mentions online, according to tech firm RealSmart’s Social Listening report. The report is based on data collected from online platforms including Twitter, Facebook, YouTube and Instagram.

The Social Listening report logged more than 1.29 million messages referring to the Bangkok elections between February 1 and April 7.

Of these, 56.23 percent mentioned Chadchart.

Meanwhile, another report, this one by social-media analytics service WISESIGHT, found that Chadchart, Wiroj, Aswin and Democrat Party candidate Suchatvee Suwansawat have been hot topics among social-media users over the past six months.

The three candidates with the highest number of positive mentions were Chadchart, Wiroj and independent candidate Rosana Tositrakul, respectively.

Chadchart, 55, has been promoting his campaign portfolio of 200 policies via his website (www.chadchart.com) as well as on Facebook, YouTube, Twitter and even TikTok. His team has come up with a bunch of innovative gimmicks to present his policies – including a rap song designed to appeal to young-gen voters.

Each day, his activities on the campaign trail are recorded and uploaded to his various social media platforms.

As well as being very active online, Chadchart has also been busy wooing voters in the real world. His distinctive campaign posters have sprung up on streets and spaces across the city, drawing praise for their recyclable materials and slimline proportions that don’t block pavements.

Meanwhile, the man himself is regularly pictured out on the streets getting up close and personal with Bangkokians – a technique that has always proved effective at election time. In Wilaiwan’s view, this technique reflects Thailand’s long-entrenched patronage culture. Chadchart has also set up his own stage in Lumpini Park to share his vision and lure more voters.

Move Forward’s Wiroj, 44, has also been leveraging social media to reach out to voters and sell his ideas, but has also been successful in grabbing their attention through offline activities.

Among the innovative ways he has found to interact with Bangkok residents are Flash Meets, inspired by flash-mob social media trend. Short and to-the-point, each Flash Meet lasts about 30 minutes – long enough for voters to learn more about him and short enough for people to casually participate.

Meanwhile, independent candidate Rosana, 68, is connecting with Bangkokians via Facebook, her website rosanabkk.com and her YouTube channel. As well as wooing young first-time voters online with video clips presenting her strengths, she has also adopted a traditional campaign-style by walking around communities to canvas voters and setting up stages to address crowds directly.

Fellow independent Aswin, 71, has also been active online, where his Facebook page has attracted more than 260,000 likes. The page, which drew plenty of attention during his time as governor, is now being regularly updated with content boosting his visibility on the platform.

His offline “campaign game” has also been strong so far. As well as distributing flyers, erecting banners and going on walkabouts, he has bought television airtime to spread the message.

The former governor has also joined debates against rival candidates – though he is rumored to have performed so badly in the last one that he decided to avoid public debating in the run-up to May 22.

Suchatvee, 49, has also been busy both online and offline, joining debates, going on walkabouts and setting up his own stage to rally support.

Pawat Ruangdejworachai, CEO of Media Intelligence Technology (MI Group), which runs WISESIGHT, calculates that spending on Bangkok gubernatorial campaigns this year will be lower than for previous elections. Accumulated spending on all campaigns for this election should amount to no more than 200 million baht, he said.

“This is significantly lower than the amounts spent in previous Bangkok governor elections,” he said. “As people’s media consumption habits change, so do the campaigns,” he commented.

Under the law, each candidate can spend no more than 49 million baht on their campaign.

According to Pawat, social media is playing the primary role this year as candidates reach out to young voters. Following social media in second and third are out-of-home media and television. 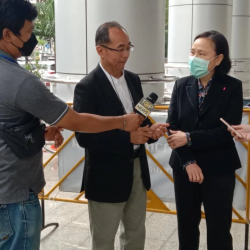