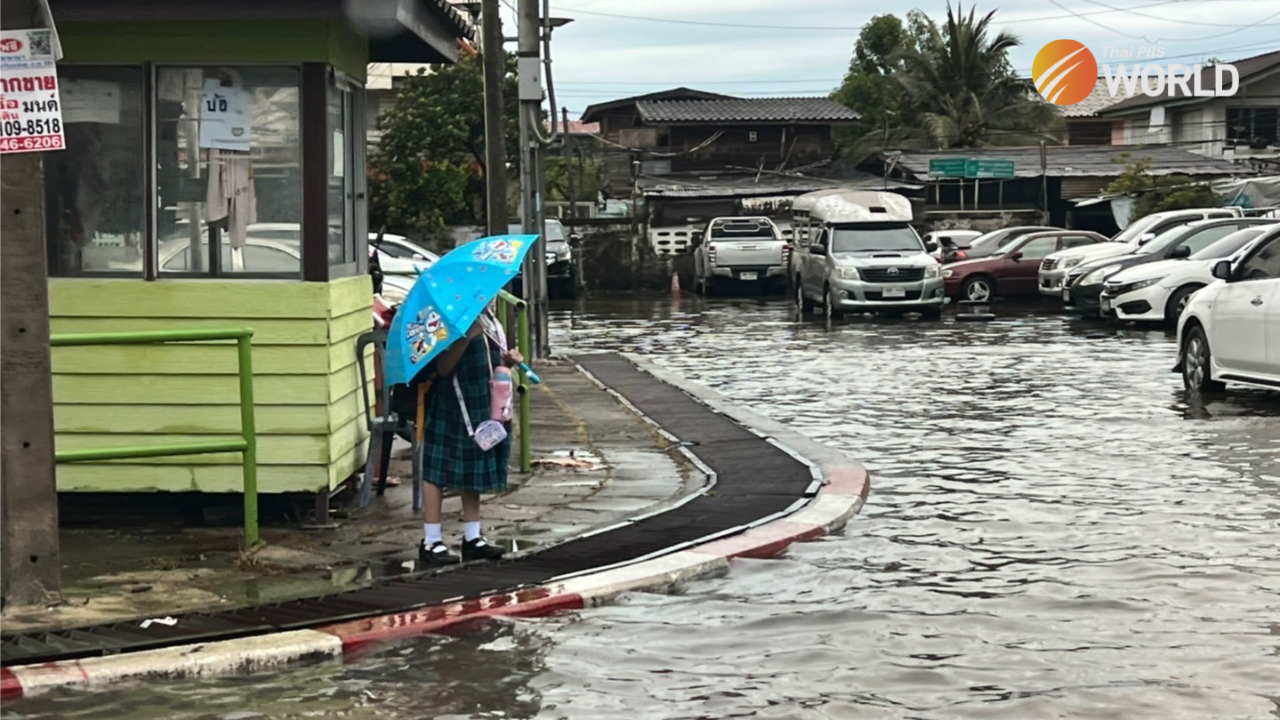 With more heavy downpours forecast through the remaining rainy season, there is both good news and bad news for Thailand residents worried about floods.

On the bright side, authorities and experts have promised that the flooding will not be as bad as the 2011 disaster. However, many say that serious floods have returned because no real solutions have been applied since the calamity a decade ago.

“There are more than 30 agencies [for water management]. Yet, we have barely made any progress, especially in the face of crises,” the lecturer at the university’s Water Resources Engineering Department said.

Sitang said existing agencies are still dealing with the risks and problems of flooding in the same old way. Resources are mobilized mainly as temporary “fixes” for recurring problems or as knee-jerk responses to flooding. Thailand’s flood defenses lack long-term measures.

“The National Water Command [NWC] is operating, but it does not work like a single command,” she said. This means that when floods occur, several agencies launch separate and often uncoordinated responses.

Sitang said NWC was initially established to deal with heavy flooding in the Northeast in 2018. It remained in place after the floods subsided but lost its role as an urgent responder. The government then tried filling the gap by setting up flood-management centers at local levels, she said.

“I’m not sure if these centers will ever shut down. But if they remain, the structure of Thailand’s flood response will become even more cumbersome,” the academic said.

Water expert’s advice on flooding – “Help yourself as much as possible.”

Thailand’s worst flood disaster in living memory killed over 800 people and caused 1,425 trillion baht in damage to the economy. The calamity brought expectations that the country would learn lessons and be better prepared to deal with future deluges.

“But it appears that we have been working in the same style [since 2011],” Sitang said.

While the government has spent a considerable amount of money in a bid to solve the seasonal flooding problem, it has always been a few steps behind reality.

3 months of floods ahead

Seree Supratid, director of the Rangsit University’s Climate Change Center, forecasts that Thailand will be hit by heavy flooding for the next three months.

Thailand is expected to see more than 1,200 millimeters of rain between May and October this year. Normally, serious flooding takes place when rainfall hits the 1,200ml mark.

Differences from the last deluge

The La Niña weather phenomenon will bring 5 to 10 percent more rain than average this year to Thailand, said Chomparee Chompurat, director-general of the Thai Meteorological Department.

She also pointed out that in 2011, Thailand was hit by five storms that brought heavy downpours. This year only two severe storms are expected. Also, the forecast is for fewer rain showers in October than this month.

Seree said that most major dams in the upper part of the country are not at full capacity and have room to soak up more runoff. In 2011, the dams were almost full or brimming over at this point.

“A key water gate, Bang Chom Si [in Sing Buri province] has been fixed and improved,” he added.

Sitang also pointed out that the Chao Phraya Dam has not had to discharge any water to possible water-retention fields this year, and there are swaths of agricultural land that can hold excess water.

Hence, experts believe that while Thailand will see more flooding this year, the situation will not be as bad as in 2011.

However, the capital will inevitably flood for several reasons, Sitang said. Among them is exponential urban growth coupled with gaps in planning law and its enforcement. As a result, much of Bangkok’s natural water-retention and drainage channels have been lost to buildings and other urban structures.

“The capital is expanding in an unplanned way with lax law enforcement,” she said.

Also, Bangkok’s water-drainage system is not functioning at full capacity. At present, only four drainage tunnels are in operation, one is under construction and others are at the planning stage. Water management is also hampered by clogged pipes, canals encroached upon by makeshift dwellings, and broken pumps.

And Bangkok’s flood-prevention system is nowhere close to completion. For instance, flood barriers are yet to be installed along the entire stretch of Bangkok waterways. Since the capital is also near the sea, high tides often overwhelm drainage capacity.

Nikkei Asia has predicted that every part of Bangkok will likely be flooded at least once in the next 10 years due to rising sea levels.

“There are also risks from water management errors and orders issued on the basis of insufficient information,” Sitang continued.

In her view, Bangkok Governor Chadchart Sittipunt will not be able to solve the city’s flooding problem because he has not found a long-term solution. He is still struggling with the situation at hand, she said.

Sitang said the authorities should be honest and transparent with the public over flood risks, so everybody can make preparations. For instance, communities outside the Chao Phraya embankment zone naturally face a bigger risk of flooding. Authorities should also provide information on what relief measures or remedies will be provided.

“Relevant authorities must also come up with integrated measures. If you have tunnels, then make sure all pumps are working well so that the tunnels can do their job efficiently,” she said.

She also called on all agencies to work together and take evidence-based decisions. In particular, she said, the Bangkok Metropolitan Administration and its district offices should coordinate closely so they can see the big picture.

And her advice for Bangkokians? Be ready to face the worst, keep up to date with weather forecasts and steer clear of risky areas. 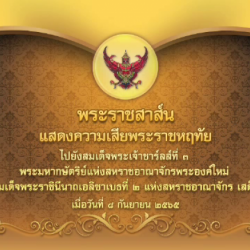