Zooming in on the ‘New Normal’ 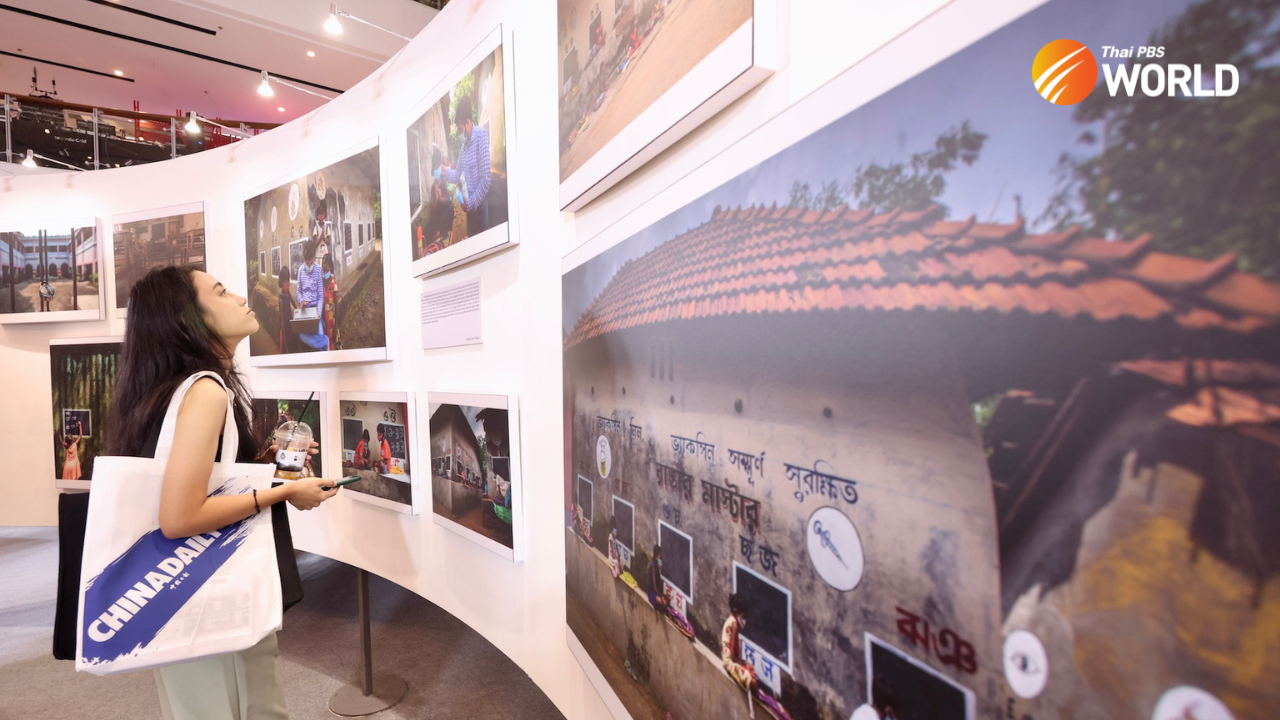 Asian countries have always shared a degree of similarity but the past 3 years have seen the region go through a multitude of changes due to the COVID outbreak. Scenes related to the pandemic have appeared in various media but now, for the first time, a selection of photographs from Asia are on show in an exhibition in Bangkok that coincides with APEC 2022.

Co-organized by China Daily and Asia News Network, the photo exhibition on the theme “Changing Asia – New Normal” is now on show in Atrium 3 of CentralWorld shopping centre.  The exhibition attracted 179 photographers from 18 countries, with 1,175 images submitted. Seventy-eight of those entries from Bangladesh, Bhutan, Cambodia, China, India, Indonesia, Iran, Laos, Malaysia, Myanmar, Palestine, the Philippines, Russia, South Korea, Thailand, Türkiye, the United Arab Emirates, and Vietnam have been selected for the Bangkok show.

The exhibition, which continues through November 20, reviews the changes in life during the COVID-19 pandemic and encourages people to move towards a new beginning, actively responding to the construction of a community of a shared future for mankind, as proposed by President Xi Jinping in 2013.

Professional photographers in Asia were invited to submit photos taken in the past three years documenting how Asians adapted to the new normal in their daily lives, including work, recreation, creative pursuits, health and beauty, animals, festivals, health, the arts, eateries, and education.

Many of the photos show temperature checking while others reflect just how bad the situation was at the peak of pandemic. One photo series from China depicts how people used photo mapping technology to take family photos during the Chinese New Year. The spread of COVID-19 and the resultant lockdowns made it impossible for the Chinese to gather as had been their tradition for time immemorial.

One striking example is a photograph of men in front of a cremation hall at a temple in Thailand captured by Varuth Pongsapipatt, which reflects the situation as the number of deaths increased. It shows the staff of a public organization taking a much-needed rest in front of the cremation hall clad in full protective gear.

“So many people were dying of COVID-19 at that time and bodies were constantly arriving at the cremation halls, especially those offering services for free. I rushed to the temple in Nonthaburi province when I heard of this ‘free service’ as I wanted to capture the event. Not having to pay for a cremation meant a lot to relatives because everyone was suffering economically too. Without the service, they would have had to find at least 5,000 baht,” said Varuth at the event’s opening.

The Thai photographer said that his personal favorite was the series from Türkiye. It shows an athlete training inside his home. “I think the details are great as the photos tell a truly intimate story. It also shows that the photographer had to make an effort and was trusted by the person in the photo.”

The exhibition is expected to draw guests from embassies and officers based in Thailand as well as the members of the China-Thailand Friendship Association, professional and amateur photographers, students and those interested in photography and current affairs.

After the exhibition, the organizers are planning to publish the photographs in book form. 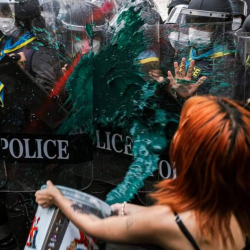 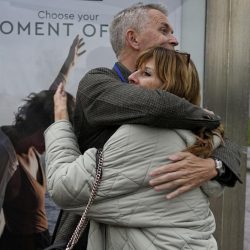 3 convicted in 2014 downing of Malaysian jet over Ukraine