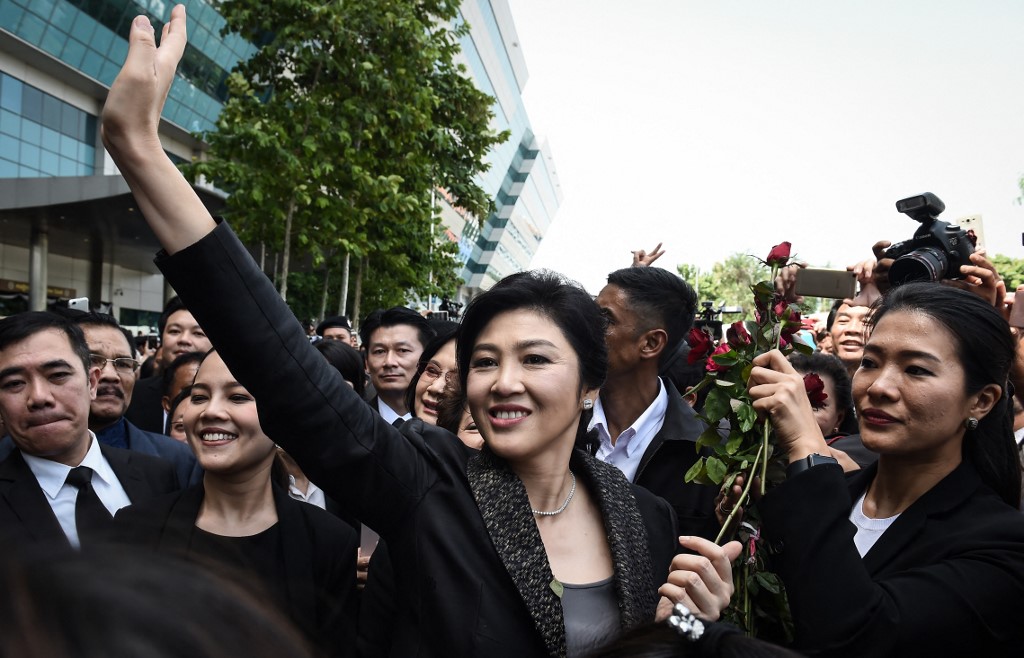 Supporters of Yingluck Shinawatra are cheering an April 2 ruling by the Administrative Court, claiming it clears the fugitive former prime minister of all legal responsibility for her government’s graft-plagued rice-pledging scheme.

The court overturned the Finance Ministry’s 2016 order – issued under the post-coup junta regime – demanding that Yingluck pay Bt35.7 billion in compensation for losses incurred by the 2011-2014 subsidy scheme. The court also revoked an administrative order to confiscate Yingluck’s assets as compensation.

The ruling came just three days after the same court rejected an appeal lodged by five senior officials responsible for the rice-pledging scheme. They were appealing against a Finance Ministry order for them to pay a combined Bt14.5 billion in damages stemming from bogus sales of the government’s rice stockpile.

The plaintiffs were former commerce minister Boonsong Teriyapirom, his deputy Poom Sarapol, and three senior Commerce Ministry bureaucrats. All five are serving prison terms of between 24 and 42 years for their roles in the fake government-to-government rice deal with China. The subsidised rice was sold to private Chinese companies and ended up in the hands of a third party in Thailand.

The compensation demanded from Yingluck constituted 20 percent of the Bt178-billion losses from the pledging scheme. This was among the total losses of Bt536.9 billion incurred while her government was in power, according to the Finance Ministry. It calculated that between 2004 and 2014, rice-subsidy schemes had cost Thailand about Bt700 billion.

The Central Administrative Court ruled that Yingluck alone had no authority to repeal the rice-pledging scheme since it was a government policy that had been announced before Parliament.

As head of government, Yingluck was responsible for general supervision of the project – not irregularities regarding the bogus government-to-government sale, said the ruling.

The court also cleared Yingluck of negligence as her government had taken measures to prevent irregularities related to rice-pledging.

The court also pointed to a lack of clear evidence to prove that Yingluck had issued instructions or was directly involved in the bogus sale.

Yingluck’s supporters were quick to conclude that the verdict cleared her of any guilt over the rice scheme and demanded that “justice be returned” to the former premier.

Phumtham Wechayachai, a senior figure in the opposition Pheu Thai Party, said the ruling showed Yingluck should not be held responsible for any wrongdoing related to the scheme. Yingluck was Pheu Thai’s prime minister during the 2011-14 coalition administration.

“The Finance Ministry’s order was unlawful and unfair to former PM Yingluck. There was no evidence to prove she acted in a way that caused damage,” Phumtham said in a Facebook post on April 4. “The accusations against [Yingluck] were used as an excuse to seize power in 2014 and overthrow a popularly elected government,” he added.

Shortly after the verdict was announced, Yingluck’s lawyer Norrawit Larlaeng said it showed that the former PM was not involved in any irregularities related to the pledging scheme.

He added that his legal team would study the verdict in detail ahead of their “next legal battle”, referring to other cases against Yingluck.

However, Yingluck supporters’ interpretation of the verdict is being disputed by observers, who say the ruling did not cover criminal litigation related to the rice-pledging scheme.

Prof Vicha Mahakun, a former member of the National Anti Corruption Commission, said on April 2 that the Yingluck verdict was related to civil damages demanded by the state, noting that the Supreme Court’s Criminal Division for Political Office Holders “had issued a clear ruling” separately against Yingluck.

On September 27, 2017, the Supreme Court found the ex-PM guilty of criminal negligence in the rice-pledging scheme and sentenced her in absentia to five years in prison. Yingluck fled the country one month before that verdict and has been living in self-exile overseas since August 2017.

“The criminal case was final and the penalty was five years’ imprisonment. If you think Yingluck was not guilty, why did she escape?” Warong asked. “They are separate cases and you can’t use the new verdict to disprove the old one. The prison sentence still stands.”

He added that civil ruling at the Administrative Court was not yet final and he expected relevant state agencies to appeal to the highest court.

On the run ‘for ever’

The criminal case against Yingluck is considered final as both parties – her lawyers and public prosecutors – allowed the 30-day deadline to pass without filing an appeal against the September 2017 verdict.

Thai authorities are now duty-bound to enforce the court verdict by hunting Yingluck down so she can serve her sentence.

If the ex-PM chooses the life of a fugitive, she will be on the run for the rest of her life, said Surasak Trirattrakul, a senior public prosecutor in charge of cases involving the rice-pledging scheme. The law was amended in September 2017 to freeze the statute of limitations while a convict is on the run, he added.

The April 2 verdict means the Legal Execution Department’s move to confiscate Yingluck’s assets is suspended for at least 30 days – the deadline for the Finance Ministry to appeal the case.

Deputy Prime Minister Wissanu Krea-ngam, the government’s legal expert, confirmed it would lodge an appeal with the Supreme Administrative Court.

Meanwhile, the seizure and auction of Yingluck’s assets is suspended, Wissanu said. However, the seized property will not be returned to her unless the highest court rules otherwise, he added.

Less than Bt100 million worth of Yingluck’s properties has been seized so far, including her mansion in Bangkok’s Soi Yothin Pattana, according to Wissanu. 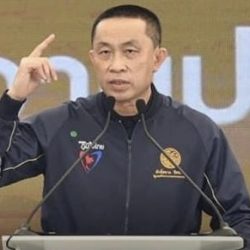 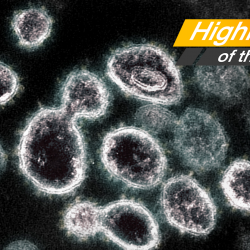