The proposed merger of telecom giants True Corporation Plc and Total Access Telecommunication Plc (Dtac) has drawn great public interest and sparked a debate on its impact on consumer welfare.

The onus is once again on regulators to ensure fair competition in the telecom service market.

Norway’s Telenor, the parent company of Dtac which owns Dtac TriNet, and Charoen Pokphand (CP) Holding, the parent company of True Corp that owns TrueMove H, announced on November 22 a mega-merger plan. True and Dtac will enter into an equal partnership through a share-swap deal to form a new technology company.

“As the number of service providers will shrink to only two, it would definitely adversely impact consumer choices,” said Saree Aongsomwang, secretary-general of the Thailand Consumers Council, expressing concern over the proposed merger.

The council plans to hold a public forum on the issue by inviting representatives from  True, Dtac, telecom regulator the National Broadcasting and Telecommunications Commission (NBTC), the Trade Competition Commission (TCC) and the Securities and Exchange Commission (SEC).

The initial reactions from the NBTC and the TCC suggest that they have reservations, Saree said.

“So we, the council, may ask the Cabinet to intervene as the council, an independent organization under the Constitution, represents consumer interest,” she asserted.

NBTC Commissioner Prawit Leesathapornwongsa said that the watchdog’s regulations do not prohibit telecom companies from merging their businesses. But the NBTC could make operators comply with specific measures to protect consumer interest.

Prawit said that he was not sure about the legal aspects and he suggested that the NBTC invite representatives from the SEC and the TCC to discuss the merger.

The NBTC has time to change its regulations to deal with the case before the merger process is concluded, Prawit said in an interview to “TobJote — Question Time” news program hosted by ThaiPBS TV.

Somkiat Tangkitvanich, president of the Thailand Development Research Institute (TDRI), said that if the NBTC does not take action, the TCC is authorized by its law to take action.

The merger could have positive or negative consequences for consumers and other stakeholders.

Regulators would have to weigh the positive and negative impacts, he said. It would be positive if businesses can cut costs, increase efficiency or do research to benefit consumers.

However, the lack of competition could increase the cost of service for consumers, or lead to lower quality of service, he said.

He recounted a time before 2004 when only two companies — AIS and Dtac — provided telecom services. At that time, AIS had imposed the condition that consumers must buy phone handsets only from them to be able to avail of their mobile services.

It also will have a significant impact on businesses, as they will rely more on telecom infrastructure and services due to the advent of the Internet of Things, he said.

The public sector is likely to receive lower revenue than it deserves from the next 6G auction due to fewer competitors, Somkiat predicted. He cited the auctioning of 3G frequency bands when regulators offered three bands to three bidders. They drew low bids when compared with the 4G auctions for which the bids were higher due to greater competition.

The mega-merger will change the mobile market share by revenue. Currently, AIS has 47 percent, True about 30 percent, and Dtac 22 percent.

“The sector is currently a quasi-monopoly. The proposed merger of True and Dtac will lead to even higher market concentration and substantially reduce market competitiveness,” said Somkiat.

He referred to the Herfindahl-Hirschman Index (HHI), which is used to determine market competitiveness. A market with an HHI of less than 1,500 is considered a competitive marketplace, an HHI of 1,500 to 2,500 is moderately concentrated, and an HHI of 2,500 or higher is highly concentrated.

Somkiat said currently the HHI in the Thai telecom sector is 3,659 and after the merger, it would rise to 5,012.

Deputy Secretary-General of Thailand’s National Broadcasting and Telecommunications Commission (NBTC), Suthisak Tantayothin confirmed that, for the time being, customers of mobile phone services provided by True and Dtac will not be affected, following an announcement of a potential merger between the two telecom giants.

If there are only two service providers left in the market, the NBTC could opt to control service prices and quality of services, according to Prawit.

Operators could be forced to reveal their cost, he said.

The NBTC can also provide incentives for new entries in case it holds auctions for new mobile spectrums in the future in order to increase the number of players in the market, said Prawit.

Somkiat, however, counters that price control will not be effective because the regulator will not have market information such as demand, and consumer behavior, as operators do.

He cited an example from the past of three mobile phone operators for 3G services offering consumers low prices for unwanted services but charging a high price on high-demand packages, putting consumers at a disadvantage.

He also cited the example of a merger and acquisition deal involving private hospitals that made services more expensive for Thai consumers.

Sakon Varanyuwatana, chairperson of the TCC, said the NBTC has a direct responsibility to regulate the telecom sector. However, if the NBTC does not take action the TCC is authorized by its law to step in, he said.

So far the NBTC has not officially announced its position on the issue. Prawit has only said that the NBTC would invite representatives from the TCC and the SEC to discuss the problem.

Sakon admitted that competitiveness is a serious issue in Thailand where the big business operates under a patronage system that has impaired smaller players.

“Few people understand the importance of market competition, the foundation of a healthy market economy,” he said, expressing disappointment.

Unlike Europe, or the United States, which have a strong antitrust system, Thailand’s competition watchdogs are weak and divided, he said.

Sakon is among minority commissioners who had opposed the takeover last year of hypermarket chain Tesco Lotus by CP Group, which operates 7-Eleven convenience stores.

“The telecom sector is much more important to Thailand’s future economy than retail trade where consumers have a choice of mom-and-pop stores,” he added.

Netizens have voiced their concerns over the True-Dtac merger plan. They pointed to conglomerate CP Group’s domination in agri-business, retail trade, and telecom. 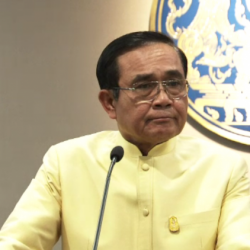 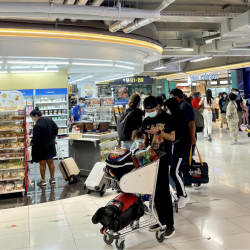