Wild Boars boys thank the world for teaching them ‘love’ 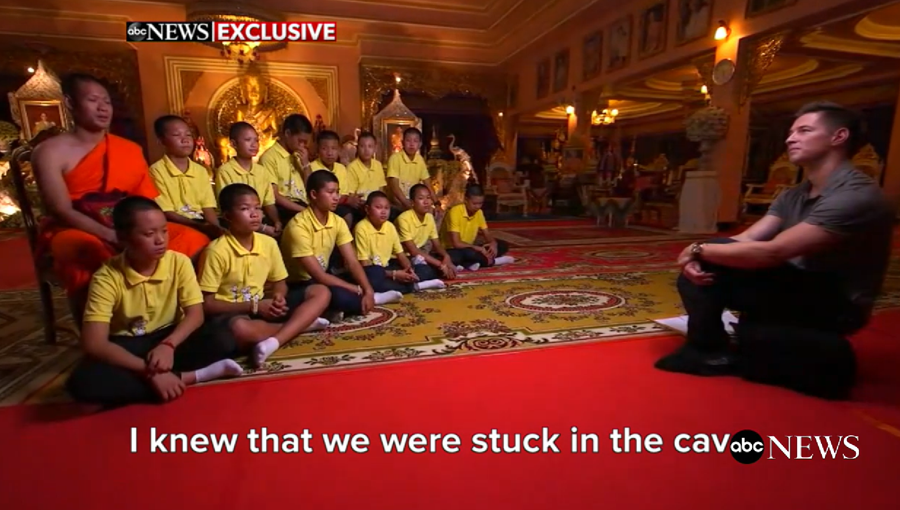 The 12 Wild Boars soccer players and their coach who captured the world’s attention last month while stranded in the Tham Luang cave in Chiang Rai said they wanted to thank for the world for the outpouring of love and support that went into rescuing them from a harrowing subterranean ordeal.

“We learned about love by receiving love from everyone,” said one of the boys, Adul Samon, 14, in an exclusive interview with ABC news.

ABC news reported that the interview, which took place at Wat Phra Doi Wao in Mae Sai District recently, was arranged through the Thai government, on the condition that the topics be reviewed by child psychologists and other specialists caring for the team in order to protect the young boys’ well-being.

“I would like to thank everybody. You all love me and I love everyone,” said Adul. “I feel like people around the world are my parents.”

Asked what they took away from their time at the temple, the boys rattled off a list.

One boy said they learned “how to be patient.” Another boy said he was taught “to have a very peaceful mind.”

The youngsters said they have all been enjoying being back in school and with their families. They have also been trying to adjust to their newfound fame, getting stopped on the streets by admirers wanting to snap photos with them.

One boy, Duangphet “Dom” Phromthep, 13, said his followers on Instagram have grown to more than 300,000.

Each of the boys told ABC News that they are looking to the future, and their experience in the cave has motivated them to be productive, positive citizens.

“I want to be an architect,” said Natthawut “Tle” Thakhamsong, 14.

Most of the boys said they want to grow up to represent their country on the national soccer team.

“I would like to express my gratitude for people from the whole world, officials, and volunteers that came to help us,” he said. “We promise that we will be good citizens to society. We will study, and we will love people around the world the same way the whole world loves the 13 of us. Thank you.” 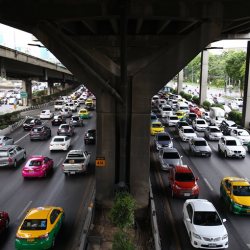 Out-bound Vibhavadi Rangsit to close on night of Aug 25