The Chao Phraya River is the main artery of Bangkok. In the old days, it was where everything happened, full of life and culture. So, the river’s banks were where everyone wanted to settle when they moved to Bangkok. Walk-A-Tif introduces you to the foreign traders and diplomats who settled along the banks of this mighty river and traces their histories.

Starting at the Kudeejeen community, this is where Portuguese settled about 250 years ago, during the Thonburi period.

One of the icons of this community is the Santa Cruz Church, which was built around 1770AD, when Christian Portuguese settlers migrated here after the dissolution of Ayutthaya kingdom. It was then the main Catholic Church in Bangkok and served as the seat of the Apostolic Vicariate of Siam until 1821, when Assumption Cathedral was completed.

This is where we can find Thai-Portuguese food and desserts, such as Kanom Farung or Kudeejeen Portuguese cake, Portuguese chicken curry noodles and Portuguese custard tarts.

Even though this community is known as the Portuguese community, according to an expert, the people who first settled here were actually Thai and Chinese.

Assoc. Prof. Dr. Predee Phisphumvidhi, Faculty of Liberal Arts at Mahidol University, said that “This was not originally a European community. It was established by the Chinese as (you can see) there is a Chinese shrine here. Both Thai and Chinese have been here from the beginning, and Europeans moved here to live with them. They choose to live here because, in the past, the government official in charge of international trade lived in this neighbourhood. The name of this community is still Kudeejeen, as it was then.”

The next stop on our trip is the Talad Noi neighbourhood, which was established more than 200 years ago. The market was also originally settled by the Portuguese following the fall of Ayutthaya. As Bangkok’s first port, this place was also where Chinese immigrants landed, including Hokkien and Hakka ethnic groups.

The church which typifies legacy of the Portuguese community is Holy Rosary Church, a Gothic-style building which has been an iconic structure in the Talad Noi neighbourhood for more than 120 years. Its Thai name, Wat Kalawar, is said to have been taken from the Portuguese word “Calvario” or Calvary, the site where Jesus Christ was crucified.

Dr. Predee said the Holy Rosary Church is quite unique and different from many other churches because it is strongly influenced by the Chinese community in Talad Noi as Holy Rosary Church is a Catholic church, but it is located in a Chinese community. So there is a lot of uniqueness here, such as the Mass held in Chinese, decoration with Chinese art and design and Chinese lettering in the church. The architecture is beautiful, with cultural traces, and they still maintain a lot of interesting traditions today.

Assumption Cathedral is also a landmark, which reflects the influence of the Western settlement along the river. It is the principal Roman Catholic Church of Thailand and the centre of the Archdiocese of Bangkok.

The original building was the result of a request from a French missionary, Father Pascal, in 1809 and the work of a French architect, which saw the cathedral completed in 1821. It was named Assumption in honour of the Assumption of Mary.

The cathedral hosted both Papal visits to Thailand, by Pope John Paul II in 1984 and Pope Francis in 2019.

Dr. Predee said “This is the headquarters and the centre of the Roman Catholic administration in Thailand. Even though the church was built in the postmodern era, it is very big, exquisite and decorated with elegant and holy installations. It is a truly huge Cathedral.”

In the same neighbourhood, there is also a mosque and a temple. This is said to be a symbol of cultural wealth. Father Anucha Chaiyadej, Director of the Catholic Church’s media relations in Thailand, said that the diversity here does not bring conflict, but peace and happiness. Ultimately, it brings a wealth of culture. 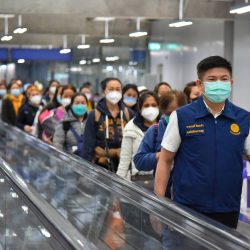 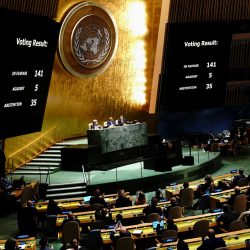