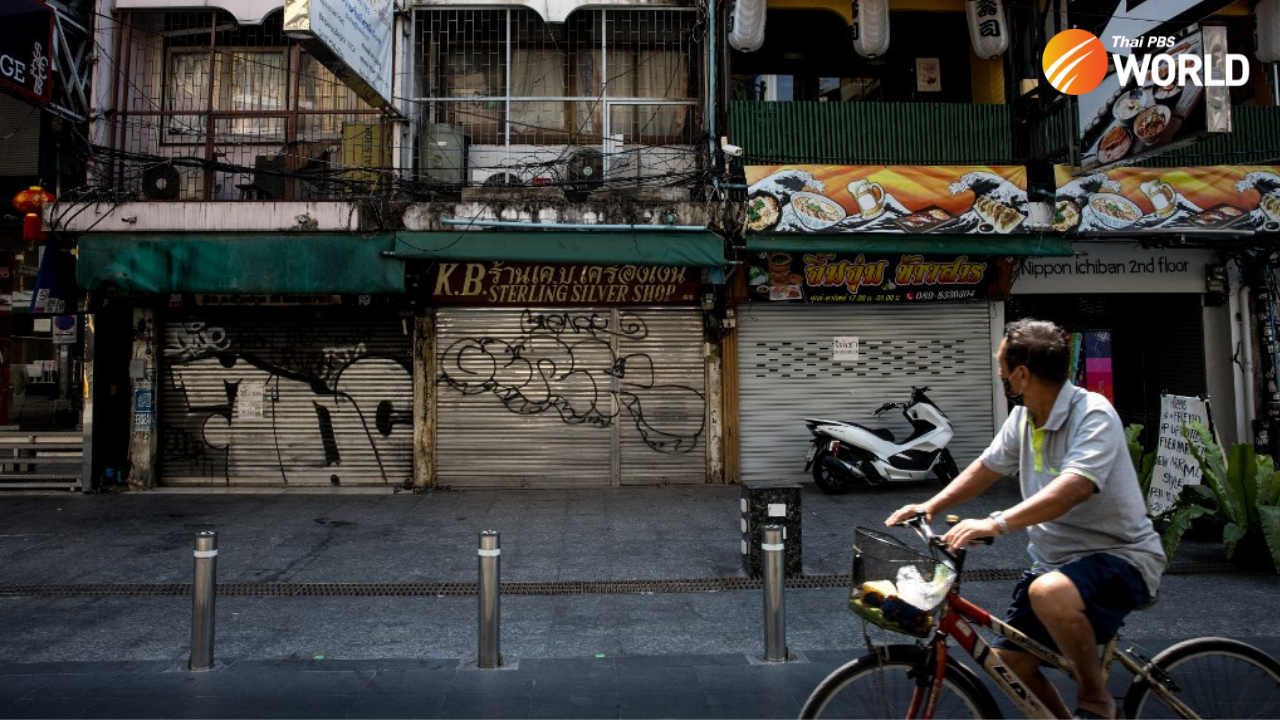 Thailand’s economic recovery looks set to be delayed further, with many research houses revising down their growth forecasts for this year.

The economy contracted 6.1 percent last year amid the fallout of the COVID-19 crisis and lockdowns.

Earlier this year, many economists were optimistic that it would expand by 2 percent or higher in 2021. However, following the third wave of infections that emerged in April, they have changed their forecasts.

With new infections soaring daily, the government has again imposed harsh restrictions and a curfew in Bangkok and the 12 other hotspot provinces.

Despite the restrictions, the number of daily infections surged beyond the 10,000 mark for 12 days running, hitting 16,533 on Wednesday (July 28) alone.

Analysts are pessimistic that the government will be able to contain the outbreak any time soon given it is still unable to secure an adequate supply of effective vaccines.

This fact is among the key factors motivating them to lower their economic forecasts for this year.

KKP Research of Kiatnakin Phatra Financial Group has revised its economic growth projection for this year from 1.5 percent to 0.5 percent.

“The latest round of infections is unlikely to be contained quickly, like the first two rounds last year, because of the highly contagious Delta variant, slower lockdown response, slow vaccine rollouts, and relatively low efficacy of the jabs being offered by the government,” the research house said last week.

Private consumption will also be hit hard and is expected to contract 1.3 percent from the 1.4 percent growth forecast earlier.

Many people have lost their jobs in businesses forced to close due to lockdown restrictions.

Private investment is also expected to slow to 3.1 percent growth from the 4.4 percent predicted previously.

Public investment, however, is expected to expand 10.5 percent, up from 10 percent forecast earlier.

Dollar revenue from export of goods and services is also expected to play an important role in shoring up the economy, with growth forecasts up from 5.7 percent earlier to 10 percent now.

However, exports are subject to uncertainty as many factories have been hit with temporary closure orders due to infections among workers.

Meanwhile, KKP’s forecast for economic growth in 2022 is 4.6 percent.

“The two-year combined economic growth of 5.1 percent will not offset last year’s sharp contraction of 6.1 percent, and the economy will not return to pre-COVID levels until the first half of 2023,” the research house estimated.

“If the lockdown lasts longer than three months or if the restrictions imposed are more severe, the economy could contract by another 0.8 percent,” it warned.

Meanwhile, it believes private consumption will grow by just 0.1 percent from the 1.9 percent projected earlier, citing consumers’ anxiety about the pandemic and inadequate government relief schemes.

The EIC believes that it will take until November for the number of new daily COVID-19 cases to drop below 100 – four months longer than the previous estimate.

The resulting damage to private consumption could be as high as Bt770 billion or 4.8 percent of GDP.

Consumer spending has been hit by people’s falling income, which is having a knock-on effect on revenue earned by companies.

The global economy will expand by six percent this year, but disparities between nations are widening as advanced economies accelerate while developing countries fall behind, the IMF said Tuesday.

Though a 15 percent expansion in exports is expected this year, exports face a risk of disruption due to outbreaks in the manufacturing sector in Thailand and other countries.

Rising infections in other ASEAN countries may also affect demand for Thai exports.

EIC warns that the global shortage of computer chips may also have a negative impact on the domestic production of cars and electronics.

In addition, not many foreign tourists are heading to Thailand even though the Phuket Sandbox and Samui Plus schemes allow fully vaccinated visitors to skip quarantine. Most countries are still imposing re-entry restrictions on citizens who travel overseas, in a bid to protect their borders against COVID-19.

However, EIC predicts the government will launch economic relief packages worth another Bt350 billion for the rest of this year.

Similarly, Krungsri Research has cut its 2021 economic projection from 2 percent to 1.2 percent growth due to a sluggish economy and delayed recovery of the tourism sector. Its latest projection for the number of arrivals is 210,000, down from 330,000 predicted earlier.

The World Bank has revised its Thailand growth forecast down to 2.2 percent, compared to 3.4 percent in March. It warned that economic expansion could decelerate to 1.2 percent this year if the virus continues spreading, borders remain closed, mass vaccination is slower than expected and vaccines delivered are low in efficacy.

It added that Thailand is among the top spending countries implementing large-scale financial measures to ease the impact of the pandemic on workers and businesses.

The World Bank, however, has criticized the government for not compensating many in the informal sector.

It has also cut its projection of tourist arrivals.

Meanwhile, though the Asian Development Bank has revised down its Thailand 2021 projection from 3 percent to 2 percent, it is optimistic the economy will recover to 4.9 percent growth in 2023.

Has Thaksin finally found a way of returning to Thailand ‘through the front door’? 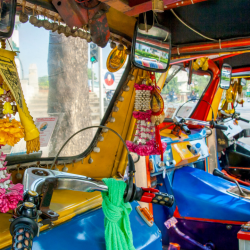 High regard for the humble Phuang Malai