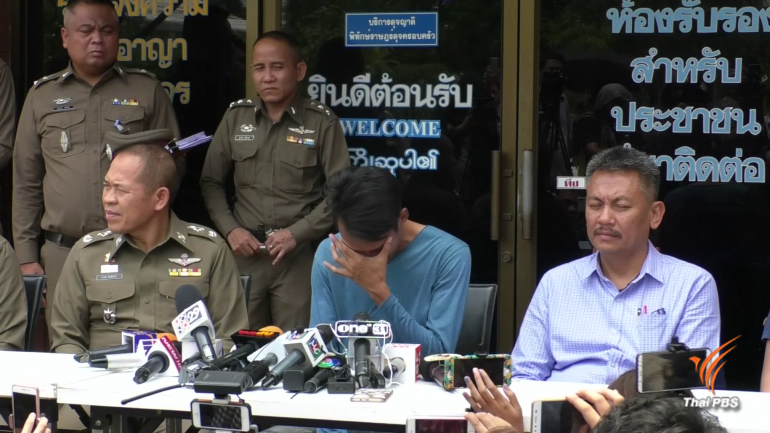 The lottery vendor who falsely claimed he had sold a set of 15 lottery tickets allegedly winning the first-prize jackpot of 90 million baht to a customer surrendered to police in Samut Sakhon province today.

Pol Col Pongsak Sapla-or, superintendent of Kokekam police station in Samut Sakhon, said police had been contacted earlier by the suspect’s relatives with a message that he was ready to turn himself in. The 35-year-old Thanawat Kamhaengphol was wanted on charges of public fraud and violation of the Computer Crime Act for allegedly posting a hoax about the winning lottery tickets in the social media which subsequently profiled him as something close to being a hero for his honesty.

Thanawat was lauded for his supposed honesty after he claimed that he had turned the winning lottery tickets over to his unidentified customer despite the fact that the latter had not paid for them and that he still had them in his possession.

The Samut Sakhon provincial court on Sunday issued a warrant for his arrest after Thanawat confessed that it was all a hoax.

A press conference is expected today by the police to formally announce the arrest.