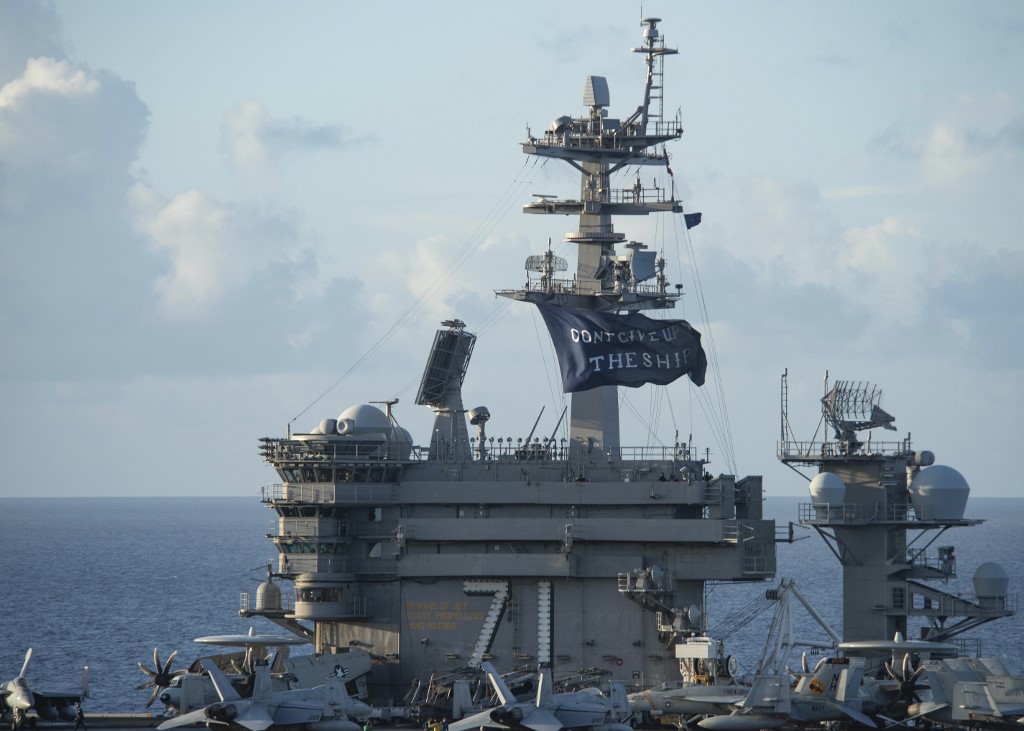 This US Navy photo shows the aircraft carrier USS Theodore Roosevelt (CVN 71) on June 3, 2020 in the Philippine Sea. – Following an extended visit to Guam in the midst of the COVID-19 global pandemic, Theodore Roosevelt completed carrier qualifications June 2, 2020 and is in Guam for resupply during a deployment to the Indo-Pacific. (Photo by Will BENNETT / Navy Office of Information / AFP)

A US aircraft carrier group sailed into the South China Sea on a so-called “freedom of navigation” exercise, the first routine operation in the region under new President Joe Biden.

Led by the USS Theodore Roosevelt, the carrier strike group entered the area Saturday, the US Indo-Pacific Command said, the same day Taiwan reported multiple Chinese jets and bombers had flown into its air defense zone.

Beijing lays claims to nearly all of the South China Sea — despite Taiwan, the Philippines, Brunei, Malaysia and Vietnam also saying parts belong to them.

China’s foreign ministry spokesman called the routine US exercises a “show of force and not conducive to the peace and stability of the region”.

The South China Sea is a strategic waterway and also believed to have valuable oil and gas deposits.

The US operation comes days after Washington said its commitment to Taiwan is “rock-solid”, the first comments from the Biden administration on the democratic island.

Taiwan split from China at the end of a civil war in 1949 and exists under the constant threat of invasion by the mainland, whose leaders have vowed to one day take it.

Beijing balks at any official contacts with Taiwan and tries to keep the island diplomatically isolated.

The US remains Taiwan’s most important unofficial ally, however, and is bound by an act of Congress to sell it weapons to defend itself.

President Donald Trump embraced warmer ties with the island as he feuded with China over trade, and his successor is also expected to remain tough on Beijing. 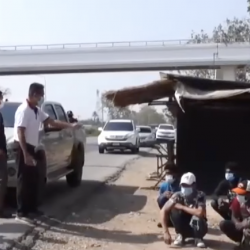