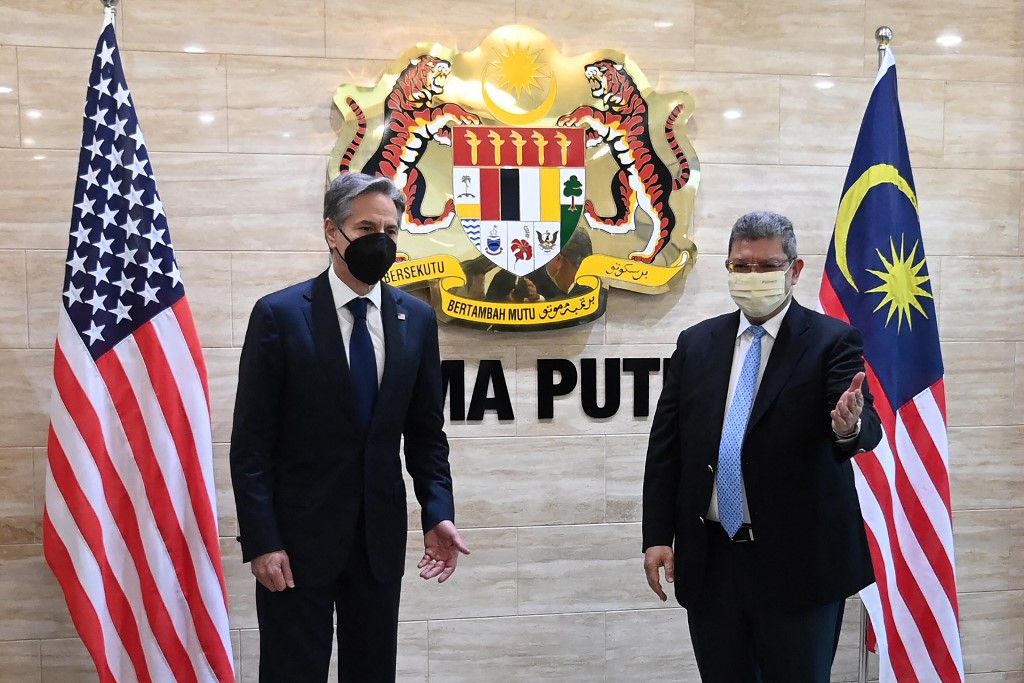 US Secretary of State Antony J. Blinken has cut his Southeast Asian tour short and cancelled appointments in Thailand tomorrow (Thursday), over COVID-19 concerns following a confirmed COVID-19 infection in a member of the travelling press corps.

Blinken was in Indonesia yesterday and arrived in Malaysia today, when a journalist tested positive for COVID-19 upon arrival in Kuala Lumpur. The Secretary of State was originally due to arrive in Thailand this evening and meet with senior Thai officials tomorrow.

Thailand’s Prime Minister Office has also announced a cancellation of the meeting between Blinken and Prime Minister Prayut Chan-o-cha at Government House tomorrow at 12.40 pm.

According to the US Embassy in Bangkok, Blinken, who is returning to Washington D.C., spoke with Thai Foreign Minister Don Pramudwinai today and expressed “deep regret” that he will not be able to visit Bangkok this week. He has invited Don to the US instead. The timing of a rescheduled visit to Thailand is not yet confirmed.

The US embassy in Jakarta said all travelling members of the media tested negative there on Monday. The infected journalist has now been isolated.

The Southeast Asian tour is Blinken’s first visit to the region as Secretary of State and is in an effort to assert US commitments here, countering the increasing regional influence of China. 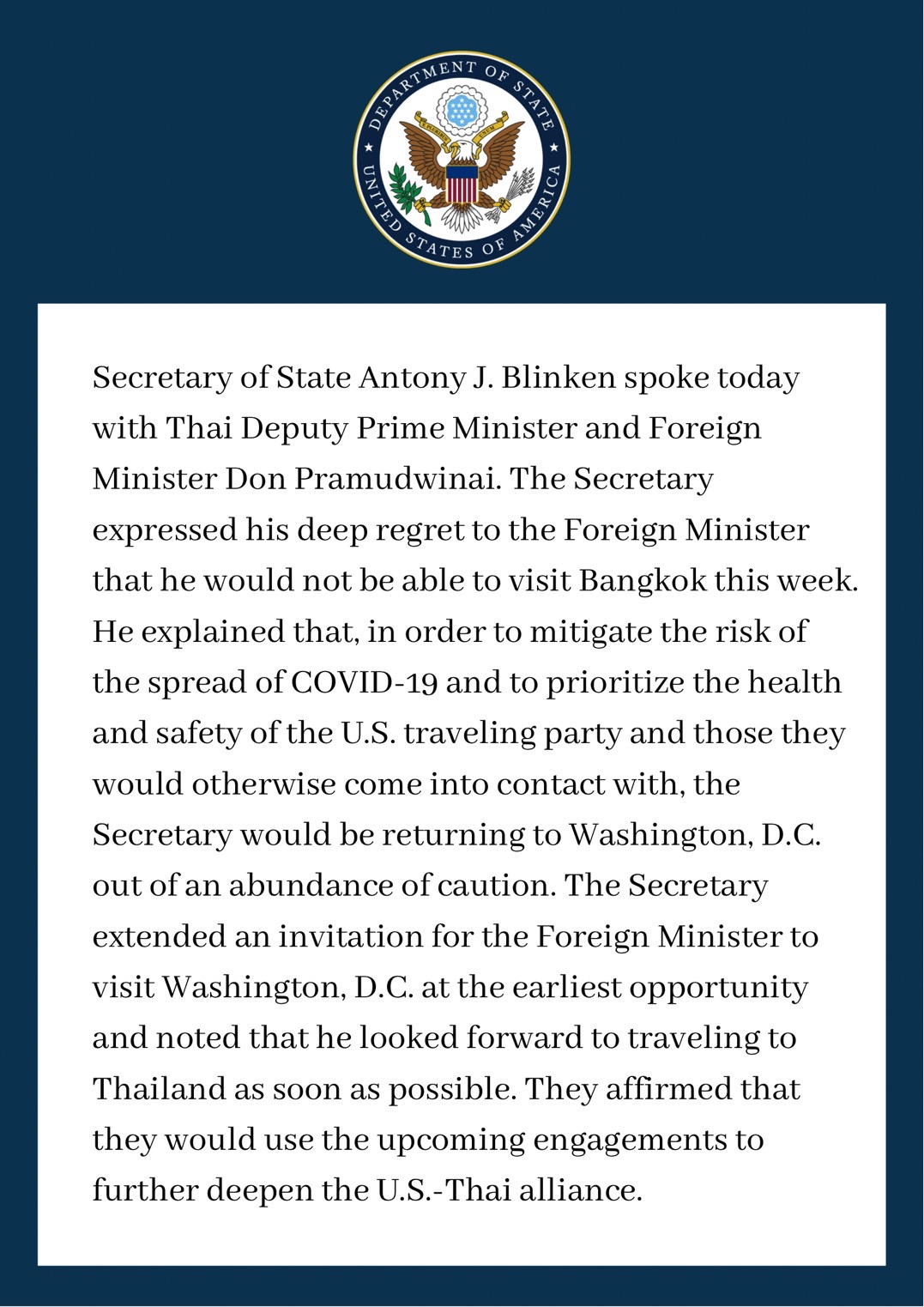 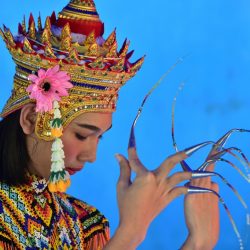 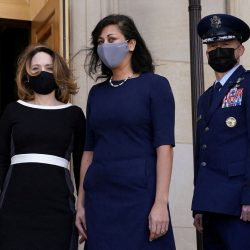