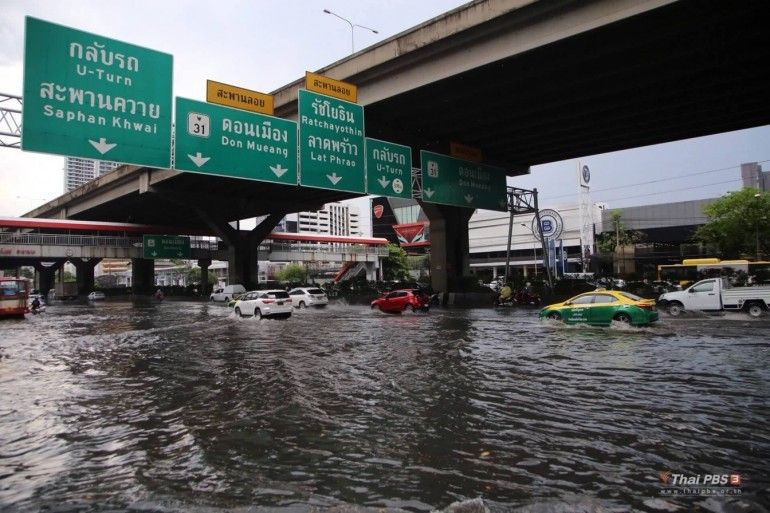 Underground “monkey cheeks”, or flood water retention basins, could help ease flood problems in Bangkok and this innovation can be implemented immediately, according to Professor Suchatvee Suwansawat, president of the Council of Engineers, on Thursday.

He said that retention of excess water underground was introduced in Tokyo which, like Bangkok, does not have room to retain excess water in case of heavy rain.

He identified Chatuchak Park and the swamp at the former Thailand Tobacco Monopoly’s compound in Makkasan as two potential sites where flood water can be stored underground and thus help ease repeated flooding at Lad Phrao, Bang Sue and on Vibhavadi Rangsit highway and Ramkhamhaeng and Sukhumvit roads.

Professor Suchatvee noted that the giant water drainage tunnels in Bangkok have limited capacity because the tunnels are often clogged with trash and the water pumps break down. To prevent repeated water pump failures, he suggested the installation of sensors to monitor the functioning of the pumps.

Bangkok deputy permanent secretary Sompong Wiangkaew has said that City Hall would upgrade its flood early warning system, which will alert Bangkok residents at least one hour in advance of heavy rain and provide real-time reports on the rainfall every 15 minutes through its website: http://dds.bangkok.go.th

He assured that there would be no drainage problem if the accumulated rainfall does not exceed 60mm, but if the amount does exceed that, there might be temporary flooding and city officials would drain the flood water as quickly as possible. 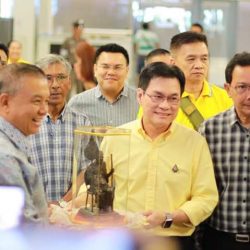 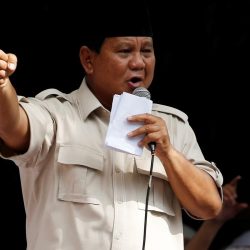