The possibility of the scheduled February 24 election being postponed by one month is looming after the government insists that it wants no disruptions for the coronation ceremony in May.

While the government is confirming nothing, it does admit that a review on the political schedules is being made.

Deputy Prime Minister Wissanu Krea-ngam confirmed the government’s concern before his meeting with the Election Commission this afternoon, but he said the final decision rests with the EC. The commission is not expected to give a final, official statement on the election date until the royal decree on the poll is announced.

Previously, a royal decree on an election will include the date. Currently, it is not the case, leaving the final decision on exactly when the election will take place with the EC.

Speculation that the election could be postponed to March 24 has gathered steam. The coronation event culminates on May 4-6, but related or parallel ceremonies are scattered during the days before and after the big dates. Senior government officials including Wissanu have said that political and royal events should not overlap.

One example is the inaugural session of the post-election Parliament, an event traditionally and ceremoniously presided over by the King. There has also been caution about the possibility of having two entirely “different” governments oversee pre-planned royal ceremonies. However, officials of the current government have avoided discussing the issue of “continuity.”

The meeting between Wissanu and the EC looked initially like a formality, but it attracted massive attention because of growing speculation that the election could be delayed.

“We want to explain to the EC what the government is planning to do regarding the coronation, while the EC will tell us its plan,” Wissanu said before the meeting. “The EC will take a look at our information and consider whether the election should be postponed.”

Wissanu said the planned election date, February 24, and election campaigns before that are unexpected to disrupt the royal events. He seemed to confirm reliable sources’ suggesttion that potential problems concern post-election political events like the convention of the new Parliament.

“After the election, at least 10 related big events will take place according to the Constitution. We can’t play by the ear and move things around when the times draw near,” Wissanu said. He suggested that he expected no definite conclusion to come out of the meeting with the EC.

Wissanu added that apart from state functions regarding the coronation, there will be related events hosted by the general public.

Asked if the election will be eventually postponed, Wissanu said: “I can’t tell. Maybe we don’t need to do that, especially if the EC can adjust its schedules.”

Asked if there will definitely be a new Cabinet and the House of Representatives before the coronation, he said: “I can’t tell. Our priority now is to [fix] the election date.”

Key points made by Wissanu: 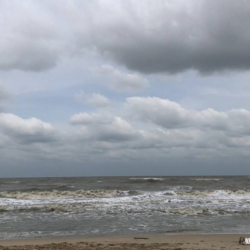 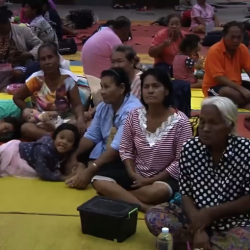