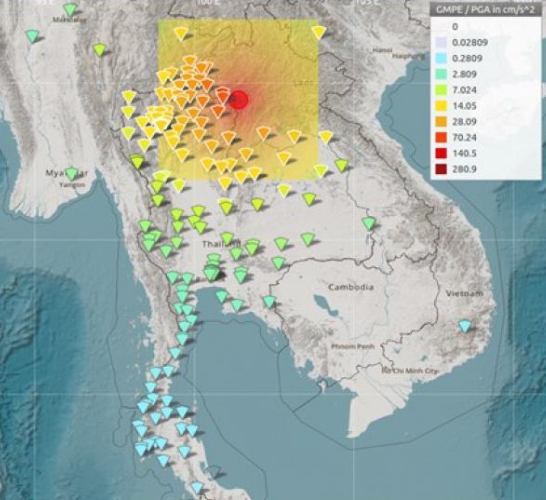 The Thai embassy in Vientiane, the capital of Laos, said today (Thursday) that the first tremor, measuring 5.9 on the Richter Scale (ML), was about five kilometres underground and was reported in Xayaburi province at 4.03am. It was followed by a second quake, measuring 6.4ML, at 6.52am to the east and west of Chalerm Phrakiat district of Thailand’s northern province of Nan, which is about 19km away.

In Bangkok, the Meteorological Department said that the first earthquake was felt in Thailand’s northern provinces of Nan, Phrae, Phayao, Chiang Mai, Chiang Rai and Lampang, as well as the north-eastern provinces of Loei, Khon Kaen and Udon Thani.  The tremor was followed by about 10 aftershocks, measuring 2.3ML to 4.3ML between 4.19am and 5.51am.

The second, stronger tremor was centred 3km underground in the Laos PDR, about 19km from Ban Nam Chang, Tambon Khun Nan, Chalerm Phrakiat district of Nan.  The vibrations were felt in several provinces, including Bangkok, said the Meteorological Department.

The vibrations caused by the two quakes were quite strong and could be felt in Vientiane, said the embassy, adding that it had received reports from members of the Thai community at Hong Sa power plant that some structures were damaged, but there are no reports yet of casualties.

The quake was also felt at the Xayaburi hydro-electric power plant, built by the Chor Karn Chang construction company, but there are no reports yet about damage or casualties, according to the embassy, adding that people affected by the quakes can call the embassy on +856-20-5551-228.

Thai seismologist, Mr. Paibul Nuannil, explained that the 5.9ML quake was a foreshock, followed about three hours later by the 6.4ML quake, with possible effects over a 50km radius from the epicentre of the tremor.

Meanwhile, Associate Professor Anek Siripanichkorn of the Engineering Institute of Thailand said that the vibrations felt in Bangkok were not directly caused by the quake, but were a side effect due to the soft soil on which the city is built. 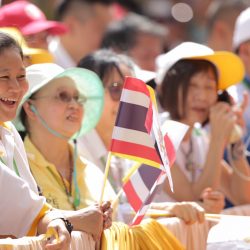 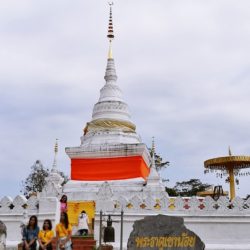