Two Indians attempting to smuggle wildlife in their luggage nabbed

The two Indian women were about to board a flight to Chennai in India when luggage inspection officials noticed something suspicious in their bags, as they passed through an X-ray machine, and alerted wildlife officials.

The two women were charged with violations of Wildlife Preservation and Protection Act, the Animal Epidemics Act and the Customs Act.

The Department of National Parks, Wildlife and Plant Conservation discovered that two of the chameleons have died, while the porcupines and armadillos were found to be stressed and frightened, with many of the reptiles found to be dehydrated.

Veterinarians have been giving supplements to the seized animals and providing suitable humidity, temperatures and food for such animals. The animals will be sent to wildlife rescue centres and breeding centres for further care.

Thailand has become known as a wildlife trafficking hub, due to its convenient location for transit. Pangolins were among popular endangered animals being smuggled from Africa to China via Thailand a few years ago. 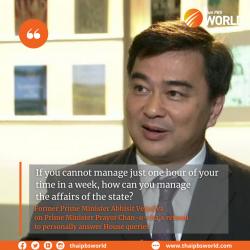