Three rescue volunteers were injured when the wall of a burning textile warehouse collapsed onto them as they were helping fire fighters to control a fire at the warehouse.

The fire broke out at about 9pm Wednesday night in the Rat Burana district of Bangkok. Fire trucks and a team of rescue volunteers from a private foundation rushed to the scene.

A rescue volunteer said later that road access to the warehouse is narrow and it was raining, making it difficult for fire trucks to get close. He said it took about two hours to bring the fire under control.

The injured rescue workers were taken to the nearest hospital for first-aid.

The cause of the blaze is yet to be determined, as forensic investigators are expected to examine the warehouse today. 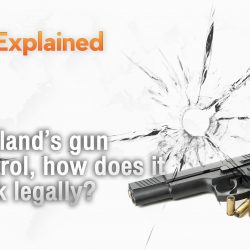 Explained: Thailand’s gun control, how does it work legally? 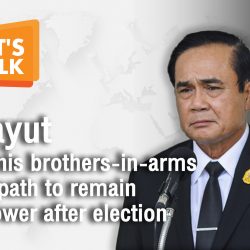 Let’s talk: Prayut and his brothers-in-arms plot path to remain in power after election