The department chief, Mr. Atthapol Charoenchansa, told a news conference this morning that the department had solid evidence to prove that the land, which is occupied by part of Ms. Pareena’s poultry farm in Tambon Rangbua of Ratchaburi province’s Chom Bung district, is situated in a national forest reserve.

Mr. Atthapol maintained that the Royal Forest Department had not dragged its feet in the investigation of this case as alleged, had handled it with fairness and followed the letter of the law.

Earlier last week, Ms. Pareena and her father, Mr. Thawee, a former MP in the same province, vowed to fight the case in court, claiming that she had occupied the land for over a decade without being challenged by officials and that she has paid local taxes for the use of the land.

This morning, Mr. Atchariya accompanied a woman to the Division for Suppression of Activities Regarding Natural Resources and the Environment to file a charge against Mr. Thawee, whom she accuses of illegally seizing her 4.8 hectare plot of land in Suan Poeng district. 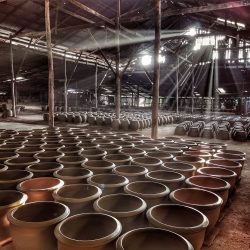 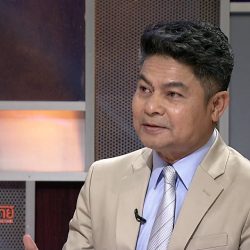