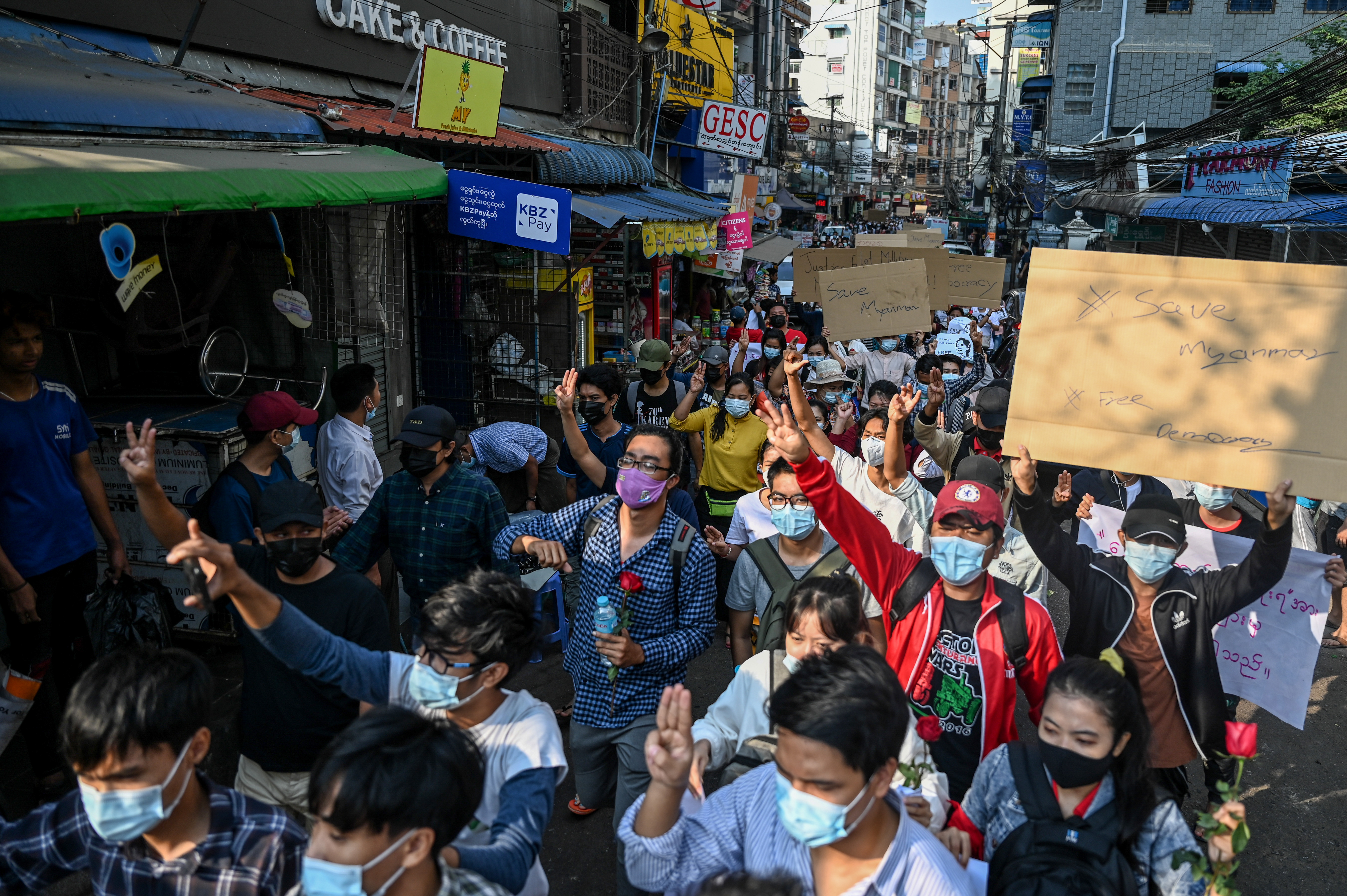 Protesters hold up the three finger salute and banners as they march through a market area during a demonstration against the military coup in Yangon on February 7, 2021. (Photo by Ye Aung THU / AFP)

Thousands rallied against the Myanmar coup in Yangon Sunday, as an internet blackout failed to quash outrage over the military’s power grab from elected leader Aung San Suu Kyi.

It was the second straight day of demonstrations in Myanmar’s largest city.

Many were dressed in the signature red of Suu Kyi’s political party, the National League for Democracy.

“We will move forward and keep demanding until we get democracy. Down with the military dictatorship,” one of the protesters, Myo Win, 37, told AFP.

Other protesters carried banners that read: “We do not want military dictatorship.”

As they marched and chanted, many protesters flashed the three-finger salute borrowed from Thailand’s pro-democracy movement.

Police trucks had been deployed on the scene, near Yangon University, and there were riot officers nearby.

“Military dictatorship is rooted in our country for a long time,” another protester, Myat Soe Kyaw, 27, told AFP.

“We must stand against it.” 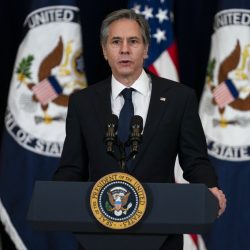 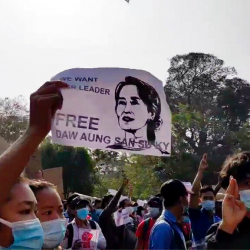