Things you may not know about Thai Hom Mali, the world’s best rice 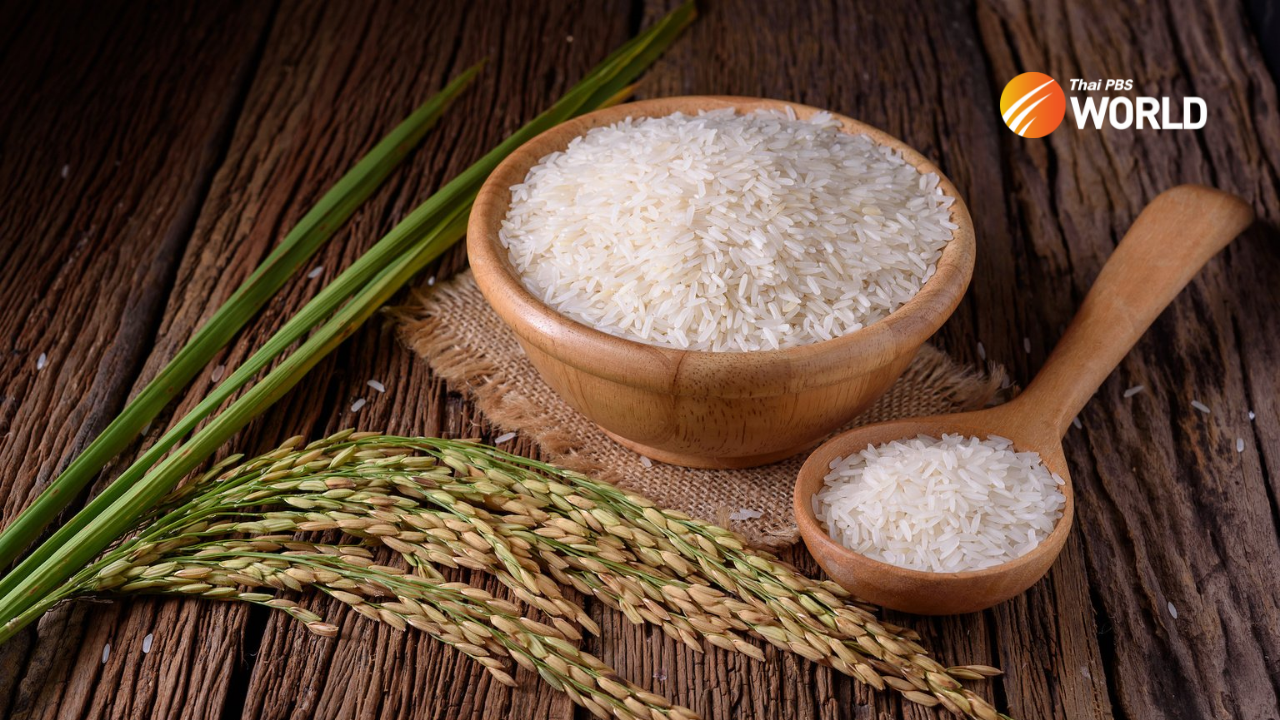 The pride of the nation, Thai Hom Mali rice (Jasmine Rice) is native to Thailand yet not every Thai knows the history of this delicious grain.

Thai Hom Mali rice has been center stage at international competitions many times, most recently at the World Rice Conference held in Dubai early this month when it was recognized with the World’s Best Rice Award 2021 for a second consecutive year. The global prize underlines the top quality of Thai rice, which has taken home the top prize seven times from a total of13 World Rice Conferences.

Hom Mali is popular in Thailand and abroad. Its name Hom Mali (which translates as jasmine fragrance) could lead people to assume that it gives off the scent of jasmine, but in fact the aroma is pandan or screwpine.  The “Jasmine” name actually comes from the color of its grain which is white as the jasmine flower. “Jasmine rice” is the trade name of the two popular varieties grown in Thailand — Jasmine 105  (Hom Mali 105) and RD 15 (Kor Koh 15) – and both varieties have a fragrant aroma.

Many Thai households prefer jasmine rice to other varieties as it is light and fluffy with a delicate texture, and very fragrant after it is cooked. Most of the traditional Thai fragrant rice varieties are in the Indica group which is widely cultivated in many countries of Southeast Asia including Cambodia, Myanmar and Vietnam.  In Thailand, the fragrant rice is cultivated in almost every region, though the award-winning Hom Mali 105 variety hails from the northeast. Not all rice in Thailand is fragrant rice. Of 803 indigenous rice cultivars collected by the Rice Department, 202 were found to be fragrant rice.

Historical investigations have discovered rice husks on ancient utensils in many areas of Thailand including at Ban Chiang Archaeological Site in the Northeast province of Udon Thani and at Non Nok Tha in Phu Wiang District in the neighboring office of Khon Kaen. In addition, archaeologists have found mural paintings on the walls of Pha Mon Noi, Khong Chiam District in the Northeast province of Ubon Ratchathani. The paintings portray the planting of grains similar to rice, cultivation, and water buffalos. They are estimated to be around 6,000 years old. The evidence suggests that the indigenous people in the area now known as Isaan, or northeastern Thailand, have been growing rice for six millennia or more.

Thai scholars and Japanese scientists studied traces of rice husks on ancient bricks from 108 archaeological sites in 39 provinces across Thailand, and concluded that the area where Thailand is located today has been growing rice since the year 537 B.E. or the 6th Buddhist century.  The study suggests that farmers began cultivating large grain glutinous rice paddy around that time and that later in the Srivijaya Kingdom, people started growing Indica rice or “Khao Jao”. Historians assume the switch to Indica rice was influenced by Khmer culture because rice belonged to the ruling class. However, it has been found that glutinous rice was still being planted later during the Sukhothai period (1238-1438) and rice-growing continued and expanded. 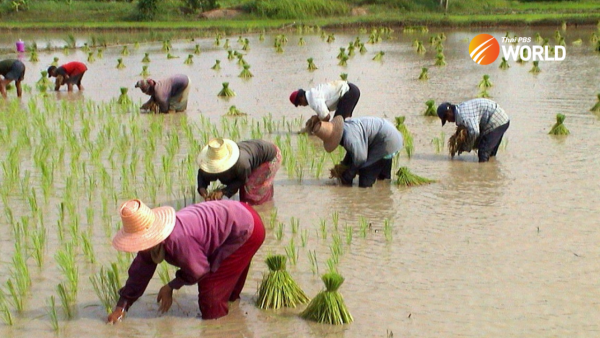 In 1945,  Jaroon Tanthawut, a farmer in Phanat Nikhom District of Chon Buri province was selecting rice varieties for planting the following year. The selection was based on his wisdom in rice culture, and indeed even today, farmers routinely keep seeds for future cultivation. Quite by accident, he found a new rice variety and gave it the name as “Khao Hom Mali” in recognition of the long-grain, curled-up tips, clear and glossy exterior, and its fragrant scent and soft texture when cooked.

Its quality attracted many other farmers including a village headman called Khun Thip. In 1951, Khun Thip of Tha Thong Lang sub-district took the seed to grow in Bang Khla district in Chacheongsao province. He later gave the seed to an agriculture district officer Suntorn Seehanoen and the “Hom Mali” rice was sent to be grown in an experimental paddy field in Lop Buri in 1953, and soon after traveled to the North and Northeast of Thailand. The rest is history.

The results show the “Hom Mali” rice was most suitable for Isaan with the best results noted across controlled plots all over the country. In 1959, the Rice Species Consideration Committee approved the variety and named it “Khao Dawk Mali 105” (white jasmine 105) rice and started distributing it to farmers. Two years later in 1961, the Surin province’s rice experimental center began distributing the new rice variety “Khao Dawk Mali 105”. However, its original name Hom Mali became more popular among farmers and before long was the main variety planted in the Thung Kula Ronghai area of the Northeast, covering 3,200 sq. km. in five provinces.

Despite its current success, the country still needs to develop better and cheaper jasmine rice in order to surpass Vietnam, which currently exports 2.5 million tonnes more jasmine rice than Thailand. Thailand’s rice exports in 2021 are estimated at over 6 million tonnes. The Commerce Ministry expects that to increase 7 to 7.5 million tonnes next year. 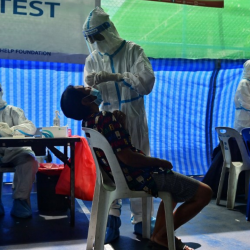 2021: The year Thailand walked a COVID tightrope of hope and horror 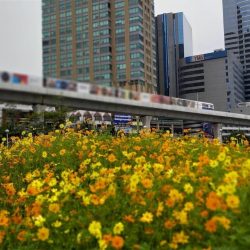