The naming of COVID variants invites another pandemic – of racism

Many Thais were shocked and frustrated at international news reports identifying a “Thai variant” of COVID-19 last week. Among them was Medical Sciences Department director-general Dr. Supakit Sirilak, who said it was unfair to describe the variant as “Thai” since the country had seen only one case – and that was imported.

Meanwhile, the Indian government demanded that social media platforms remove all references to the “Indian variant” of COVID-19, saying the term is not scientifically accurate and damages the country’s image.

Such reactions have nudged many people to dig deeper into how variants are named.

In fact, there are systematic processes for naming a virus and its variants. The most commonly used system for classifying COVID-19 and its mutant versions is Pango. It uses hundreds of lineages to reflect how the virus has evolved in each new outbreak. Pango assigns new lineages based not just on significant mutations but also other epidemiological events, such as the virus jumping from one location to another.

The Pango naming system has been adopted by health authorities worldwide, including the United States, Britain, and India. It uses a code of letters and numbers that points to the relationships between different variants.

To the trained eye, codes such as B.1.1.7 (better known as the UK variant) and B.1.617 (widely known as the Indian variant) show that the variants have certain mutations in common and offer clues to their evolutionary history.

In the space of a few months, three variant COVID-19 viruses have been detected in Thailand, the British, the Indian, and the South African. While health authorities insist that mass vaccination will bring the situation under control, the presence of these variants has sparked fears that the ongoing infection wave will engulf barriers deployed to halt it.

Every Pango lineage can be read as a family tree. The earliest viruses that first circulated in China are denoted as lineages A or B. As they evolved and spread across the globe, their descendants are marked by a series of numbers. For example, B.1 includes the outbreak in northern Italy in early 2020 and is the first descendant of the B lineage to be named. Meanwhile, the variant of concern identified in South Africa, named B.1.351, is the 351st descendant of the virus that caused the Italian outbreak.

To keep these names from becoming too unwieldy, each Pango lineage can have no more than three dots. If the virus changes significantly after that, it is marked by a different letter of the alphabet to signify a new lineage. For instance, the variant that was first identified in Brazil is called P.2 even though it is a descendant of the B.1.1.28 lineage.

Too sophisticated for public

Pango names for variants are difficult for most people to remember and decipher. Hence, the media and the public have resorted to using nicknames. For example, B.1.1.7 – which was first detected in Britain where it spread widely – is better known as the UK variant.

Thailand’s Public Health Ministry said today (Friday) that there is no current Thai variant of the coronavirus, which was previously reported to have been detected in the UK by Public Health England (PHE).

The World Health Organization (WHO) advises against using location-based terms for variants. The advice follows its 2015 guideline on naming a human infectious disease, which cautions against including the name of geographic locations, cities, countries, regions or continents.

Naming pathogens after the places where they originate, after all, can stigmatize the communities involved. Attacks on people of East Asian origin in the United States appeared to rise after then-president Donald Trump and others called COVID-19 the “China virus”.

But despite the pushback, several diseases have locations in their name. Among them are Spanish Flu and Middle East Respiratory Syndrome (MERS).

WHO chief scientist Soumya Swaminathan recently revealed the organization is poised to unveil a virus-naming system based on the way tropical storms are identified. The aim was to avoid “stigmatizing and de-incentivizing countries from making their sequencing results public, and making it easier for the lay public to understand”. 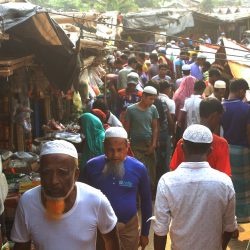 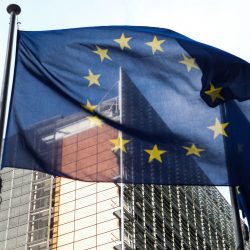