Military personnel in protective suit disinfect a school in Ubon Ratchatani province to prevent the spread of the Covid-19 coronavirus on May 21, 2021. (Photo by Handout / ROYAL THAI ARMY / AFP)

In the space of a few months, three variant COVID-19 viruses have been detected in Thailand, the British, the Indian, and the South African. While health authorities insist that mass vaccination will bring the situation under control, the presence of these variants has sparked fears that the ongoing infection wave will engulf barriers deployed to halt it.

As of May 24, Thailand had logged 132,213 COVID-19 cases and 806 fatalities. Most of the deaths and infections have occurred during the third wave, which only began last month.

First detected in South Africa late last year, the variant known as B1.351 has since spread across the globe, reaching Thailand earlier this month.

Reports indicate B1.351 arrived here after the Malaysian wife of a Thai man living in the border province of Narathiwat entered the country illegally, skipping mandatory 14-day quarantine. Health authorities in Narathiwat are now trying to control the spread of the variant after the discovery of several more cases.

In clinical trials, two doses of AstraZeneca vaccine were found to be only 10.4 percent effective in preventing mild to moderate B1.351 infections.

The first confirmed Indian variant case in Thailand was reported earlier this month in a pregnant Thai woman who arrived from Pakistan on April 24. By mid-May, the Indian variant had infected dozens of construction workers in Bangkok. Deputy Public Health Minister Sathit Pitutecha believes illegal migrants were responsible for the spread of this variant but has cited no evidence for this claim.

Known as B1.617, the Indian variant has spread quickly through South Asia, unleashing a tidal wave of infections and overwhelming health systems across the subcontinent. The strain has since been found in several other countries, including the United Kingdom.

Much of the data on the Indian variant is incomplete, scientists say, with very few samples being shared. However, the high number of confirmed cases in India and other countries shows that the B1.617 variant is highly transmissible.

The good news, though, is that the Pfizer and AstraZeneca vaccines, including in the Thai vaccination rollout, are highly effective against the Indian variant after two doses.

While Thailand has recorded the presence of the UK variant of coronavirus in just the last couple of weeks, the world is now getting worried about the ‘double mutant’ discovered in India, dubbed the India variant. The official classification of this new variant is B.1.617. It carries two key mutations.

Dr. Yong Poovorawan, a renowned virologist at Chulalongkorn University’s Faculty of Medicine, was among the first to declare that the UK variant was behind the COVID-19 infection clusters in Bangkok pubs and bars, which kicked off the third wave early last month.

He believes the variant came to Thailand via Cambodia and is now responsible for most of the COVID-19 cases in the capital and its neighboring provinces.

Evidence suggests the UK variant is 1.7 times more contagious and therefore deadlier than other strains.

Moderna, Pfizer, and Sinopharm vaccines have shown impressive efficacy against the UK variant, though the two brands available in Thailand, Sinovac and AstraZeneca, are less effective.

The Sinovac jab is barely 50 percent effective against the normal strain and its efficacy reportedly drops further in the face of a mutated version. The AstraZeneca vaccine’s ability to prevent symptomatic infections also reportedly drops from 81.5 percent to just 70.4 percent against the UK version.

How do variants arise?

All viruses, including SARS-CoV-2 which causes COVID-19, evolve over time. A virus operates by making copies of itself, a process that gives rise to changes or “mutations”. If the mutated virus is successful in infecting enough hosts, it is referred to as a “variant” of the original virus.

Health experts have warned of the danger of a “Thai variant” popping up if the country is not able to control its ongoing COVID-19 outbreak. 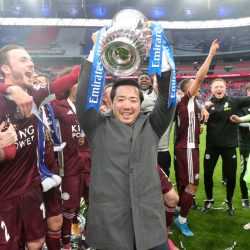 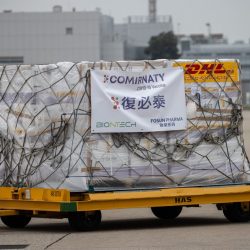