The movers and shakers behind Thailand’s 2020 protests

After 12 months of tumult and tragedy, 2020 will go down as the “worst year ever” for millions in Thailand.

Along with a global contagion that almost shut down the economy and society, the past year saw Thailand’s political divide widen as the youth-led street movement challenged a status quo rooted in the 2014 coup.

While supporters praised the movement for demanding reform and shattering taboos, detractors slammed it for stirring up social disunity.

Whatever your view, there is no denying that the anti-establishment protests stood out in 2020.

At their heart were three groups of “movers and shakers”.

The first managed to inspire tens of thousands to come out onto the street, the second kept them safe, and the third raised funds to make regular rallies possible.

In a break with recent protest history, the anti-establishment movement was led not by politicians but by students – although their campaign seemed to lose steam at year-end following bad press and discord among its leaders.

The leaders hail from the Free Youth Movement, Ratsadon Group, United Front of Thammasat and Demonstration (UFTD) and Bad Student.

The protests first began in late February, as discontent simmering since the 2014 military coup boiled over when the Future Forward Party was dissolved. The party, which came third with 81 MP seats on its electoral debut in March 2019, was disbanded by the Constitutional Court for breaking rules on funding.

The protesters first called for Parliament’s dissolution, an end to alleged harassment of government critics, and a new Constitution. The demands eventually grew to include reform of the monarchy, a democratic Constitution and the removal of Prime Minister Prayut Chan-o-cha. 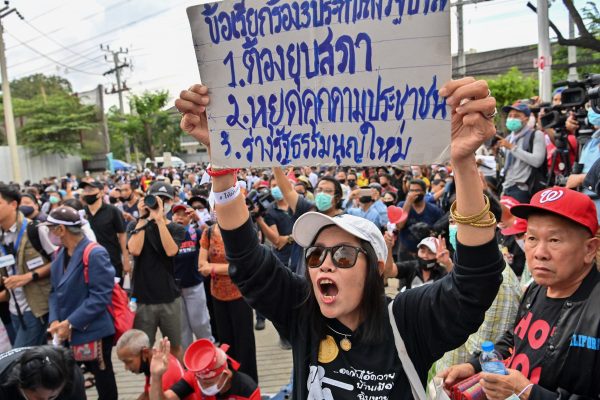 A turning point came in August when Thammasat University student Panussaya “Rung” Sithijirawattanakul, 21, read out a 10-point manifesto for monarchy reform during a protest at her university’s Rangsit campus.

The 10 demands included scrapping the lese majeste law, reducing public spending on the royal family and abolishing the Privy Council (King’s advisers) and other “unnecessary units”.

Panussaya, a UFTD leader, said the movement had a simple aim to improve society and people’s quality of life, but she admitted its methods might shock conservative Thais and trigger a crackdown.

“I know I risk going to jail, being tortured or even dying,” she said. “But I think the time for fear is over.”

For that courage, the BBC named Panussaya one of the world’s 100 most inspirational and influential women of 2020.

Fellow protest leader Parit “Penguin” Chiwarak had been in the public eye for longer, making headlines in 2019 for leading youthful anti-government flash mobs.

A Future Forward co-founder, in 2020 he became a key proponent of monarchy reform, offering harsh public criticism which saw him charged with lese majeste. Police also charged dozens of other protesters with the same crime, which carries up to 15 years in jail.

“We have lifted the ceiling, there is no lowering it now!” said the defiant 22-year-old.

Parit has said his interest in politics was piqued at age 10 when he read about the 1789 French Revolution and its cry of “liberty, equality, fraternity”.

Arnon, 35, called for royal power to be curbed, saying that legislation issued by the post-coup government had given the monarch a free hand in managing the crown’s wealth.

He stressed he was seeking reform of the monarchy, however, not its abolition.

“We dream of a monarchy that coexists with democracy,” he said. “We will keep dreaming, and hopefully achieve this within our generation.” 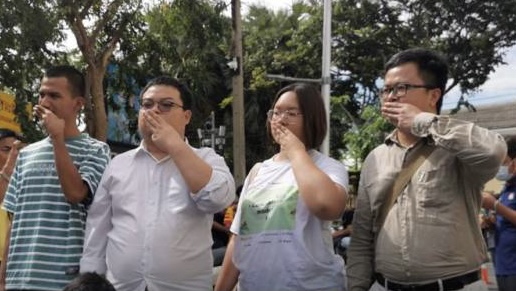 They asked the German government to look into the King’s frequent visits to the European country. His Majesty spends a considerable amount of time each year in Bavaria.

Patsaravalee echoed Arnon, insisting the movement’s aim was not to topple the monarchy.

“I want Thailand to be a democratic country with the freedom for everyone to criticise the King,” she told Japan’s Nikkei Asia news website. 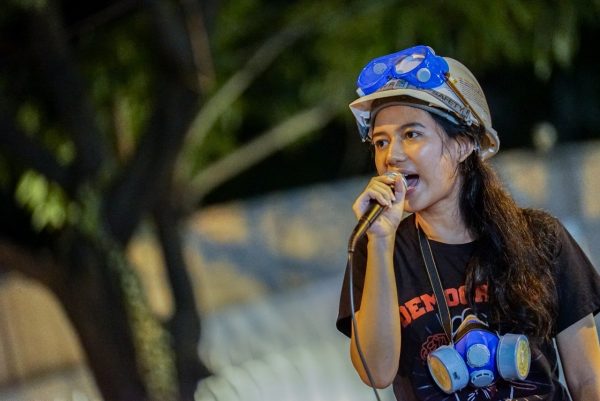 Another prominent leader of the movement is Free Youth secretary-general Tattep Ruangprapaikitseree, 23.

He first made headlines in December 2019, by kissing his boyfriend during a campaign for gay marriage rights at Parliament. The smooch shocked conservatives and stirred a storm on social media.

Like other protest leaders, Tattep was hit with multiple charges, but he told media that the trouble was worth it in order to be “part of a movement that leads the country to true democracy”.

He said: “What we are fighting for is at the structural level: a true constitutional monarchy that limits the power of the King and the military.” 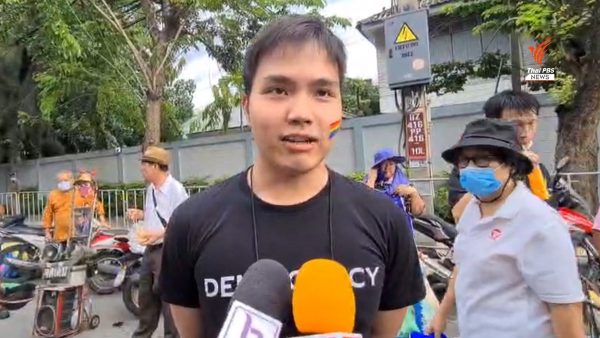 Meanwhile, December seemed to reveal an ideological divide between the movement’s leaders when the Free Youth group called for debate about a republic and styled their campaign logo after the communist hammer and sickle. Some inside and outside the movement criticised this seeming shift towards left-wing politics, but others said it was just part of democratic debate among the protesters.

Like any political movement, the protests were only made possible by funding. Yet while many protest sponsors chose to remain anonymous, two came out in the open – actress-singer Inthira “Sine” Charoenpura and businessman-cum-activist Pakorn Pornchewangkurn.

Inthira, 40, was one of the few celebrities to publicly acknowledge she supports the movement, which earned her the name of “fairy godmother” from protesters. The actress collected donations and used the money to buy food, ice cream, helmets, gas masks and even giant rubber ducks that protesters used as shields against chemical-laced water cannon.

However, her public support came at a price – both personal and professional. As well as suffering biting criticism from conservatives, Inthira saw some of her work contracts cancelled.

“There is a price to pay, of course. Some people have used very harsh words to criticise me. Some days I didn’t even dare read the comments on social media,” she said.

“In showbusiness, nobody dares talk about politics for fear of ruining their career.” 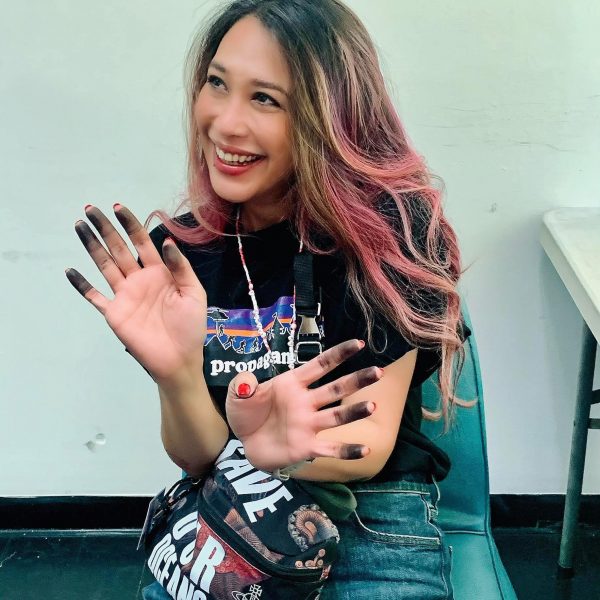 Pakorn also supplied meals and facilities like generators and mobile toilets to the protesters. The 38-year-old is known for his liberal views on censorship, including the freedom to access pornography.

The last group of movers and shakers at protest sites were the security guards. These ranged from vocational students and volunteers to trained bodyguards with special forces experience.

Three stand out – Piyarat Chongthep, who leads a group of some 300 volunteers; Plam Promjumpa, who claimed he trained police special forces and calls his group Bodyguard Special Forces; and Sombat Thongyoi, whose guards previously provided security at the red-shirt protests in 2010.

In December, Sombat created a stir on social media by alleging that the volunteer guards were being replaced by a security company run by a friend of “the owner of the protests”.

His claim was quickly dismissed by people close to the protest leadership. 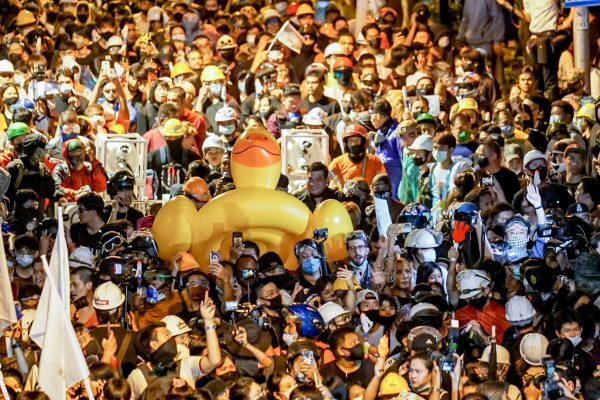 “Nobody owns the protests,” Mook Minrayaporn, a member of Inthira’s entourage, said on Facebook.

Despite being hit by a barrage of legal charges and signs of discord after months of protest, these movers and shakers have vowed to continue their battle next year. How far they can go and how much they will achieve will be revealed as 2021 unfolds. 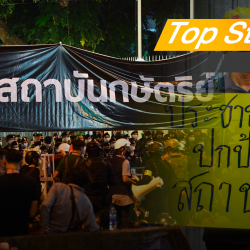 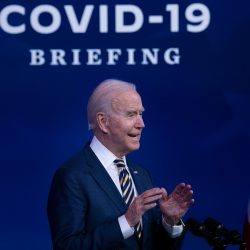