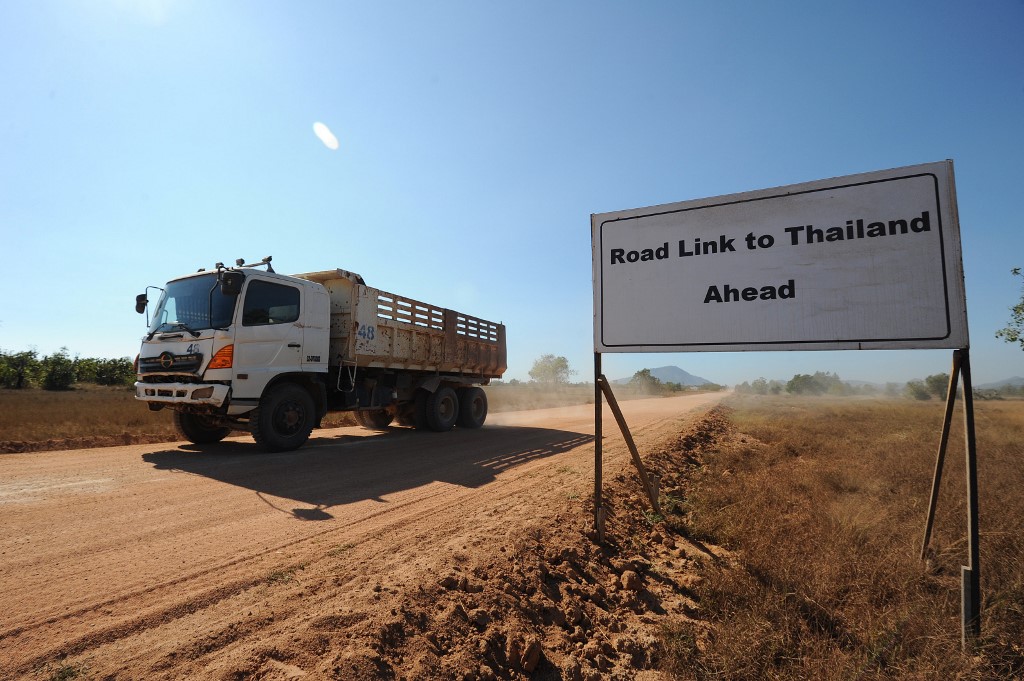 This picture taken on January 27, 2012 shows a truck passing by a sign on a road leading to a deep sea port project in Mayingyi, part of the Dawei Special Economic Zone development, a planned 50 billion USD deep sea port and factory development led by a Thai industrial giant, in southern Myanmar. Anger is growing in villages earmarked to be flattened for a huge industrial area in south Myanmar as activists step up the pressure amid signs that the project may be faltering. (Photo by Soe Than WIN / AFP)

The ambitious, but controversial Dawei Special Economic Zone (DSEZ) project seeks to transform the sleepy coastal town into Southeast Asia’s largest industrial and trade zone – covering an area of about 200 square kilometres and incorporating a deep-sea port the size of Thailand’s Laem Chabang.

Since its inception 12 years ago, the multibillion-dollar project has hit numerous snags, including funding shortfalls, local opposition and concern over environmental damage.

The management committee said it had “lost confidence” in the Thai firm after repeated issues. The panel’s chair, Myanmar’s deputy minister of electricity and energy Tun Naing said his country would now look for new developers to invest in the projects.

ITD, which had invested more than Bt8 billion via its five “project companies”, has requested help from the Thai government following the termination of its seven concession agreements. The deals included the construction of an industrial estate, a small port, liquefied natural gas terminal, power plants and telecommunications.

In May 2008, the Thai government led by Samak Sundaravej signed a memorandum of understanding (MoU) with Myanmar’s military junta to develop the Dawei Special Economic Zone bordering Thailand on the Indian Ocean. The MoU granted ITD a 75-year concession to construct the project and attract investment.

In 2012, both governments agreed to complete the project by 2015. Initially, the project’s estimated total cost was US$8.6 billion but later rose to $10.7 billion.

In 2013, ITD was stripped of its status as sole developer after failing to attract enough investment. The Thai and Myanmar governments took over responsibility from ITD in a bid to rescue the floundering project. Each government took a 50 per cent stake and sought international investors.

Thailand and Myanmar asked Japan to become a third-party investor, but the Japanese government refused. Meanwhile, Thai banks have committed $4 billion to keep the project moving.

But after two years of paralysis, many experts argued the mega-project was doomed to failure.

However, in 2014 Thailand and Myanmar revived the project and asked ITD once again to construct the “initial phase” of the SEZ.

Myanmar granted the contract to a consortium led by ITD in August 2015 and March 2016.

In January 2015, Japan finally agreed to participate in the project as an equal partner with Thailand and Myanmar, pledging technical and financial support.

The mega-project has faced strong opposition and criticism since its early days. Local villagers alleged land seizures, forced evictions, and insufficient compensation for confiscated farmland – claiming some of these amounted to human rights abuses.

Meanwhile, fears grew that chemical industries in the massive industrial complex would spew pollution and cause health problems.

Non-governmental organisations claimed the project was destroying the local economy by undermining the livelihoods of local farmers and fishermen through land confiscation, restriction of coastal access, and destruction of farmland. It also sparked concern over food security for local villages.

On the other hand, many locals expressed hope the project would bring much-needed employment and help boost the region’s hardscrabble economy.

“The project has experienced some problems but we are making progress. There will be negotiations with Myanmar authorities and I think things will improve,” the PM said.

He assigned the task of negotiating with Myanmar to Deputy Prime Minister Supattanapong Punmeechaow, who chairs the Thai-Myanmar Joint High-Level Committee for the DSEZ, and Finance Minister Arkhom Termpittayapaisith, who chairs the DSEZ Joint Coordinating Committee.

Supattanapong and Arkhom are tasked with examining whether the contracts between ITD and DSEZMC are protected under the ASEAN Charter, which provides a legal framework for cooperation between the 10 ASEAN member countries.

Meanwhile, the Thai government remains committed to loaning Bt4.5-billion for Myanmar’s construction of a 139-kilometre road to link Dawei with Kanchanaburi province on the Thai border.

The Thai government views the Dawei project as a vital part of Thailand’s strategy to create links with the Eastern Economic Corridor (EEC), said Danucha Pichayanan, secretary-general of the National Economic and Social Development Council.

Among other things, the mega-project would give Thai imports and exports direct access to the Indian Ocean trade route to the West.

Despite the contract termination, Myanmar will continue to cooperate with the Thai government to develop the Dawei mega-project, assured DSEZMC chairman Tun Naing.

The decision to scrap the ITD contracts meant his panel now had an opportunity to find new partners for the project, he added. One lesson from the long-delayed construction was to avoid signing contracts for national infrastructure with a single party, he said.

“We should divide the project into phases or blocks and select the best developer for each phase or block. We should also avoid giving large areas to a single developer,” he said.

Myanmar is now counting on Japan for financial and technical support to kickstart construction of the stalled Dawei port and complex.

In November last year, Japan agreed to join Myanmar and Thailand by investing in the full-phase implementation of the project, the Irrawaddy reported. Japan launched plans to carry out an environmental impact assessment and feasibility study, including on the deep-sea port.

In February last year, China was touted as a potential partner, as Myanmar and ITD entered talks to keep the contracts alive. Chinese firms expressed interest in joining the Dawei project, but Myanmar was lukewarm at the time.

“If the current investors cannot develop the project effectively, then Chinese companies are our only options. The Chinese have the capacity to develop this project,” the Myanmar Times quoted a local analyst as saying.

ITD, which describes itself as “Thailand’s leader in infrastructure construction”, was founded in August 1958 by Thai businessman Chaijudh Karnasuta and Italian engineer Giorgio Berlingieri. The firm was initially named Italian-Thai Development Corporation.

Four decades later, the firm was registered as a public limited company in March 1994, and listed on the Stock Exchange of Thailand in August that year with a registered capital of Bt2.5 billion. Its registered capital is now Bt6.3 billion, with Bt5.2 billion paid up, according to ITD’s website.

The Thai construction giant also has expanded overseas to India, Taiwan, Madagascar, Bangladesh, Maldives, Indonesia, Cambodia, Laos, Myanmar and the Philippines, among others. 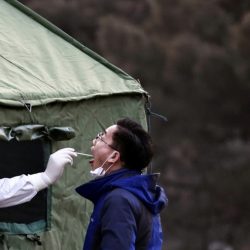 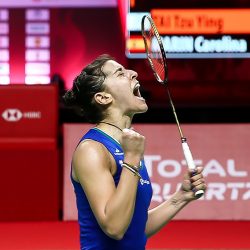