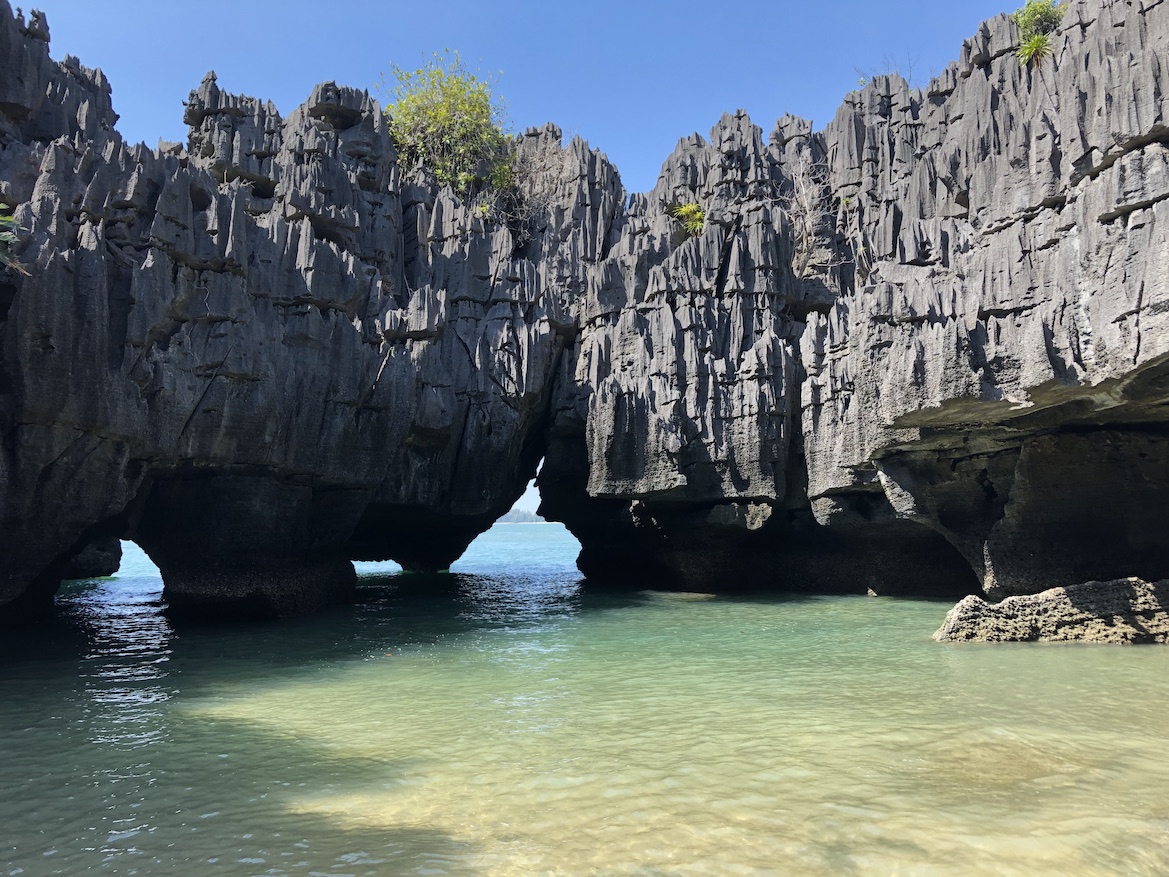 Introducing the highlights of Satun’s gorgeous geological trails after the deep-southern seaside province has been listed as a UNESCO Global Geopark site thanks to its tremendous archeological values. The trails are on lands and into the seas and some with evidences harking back over 500 millions years.

Nobody is going to tell you forthright that this will be a strenuous, physical trip. But I will. Because it was, and you will need to know. And be prepared. 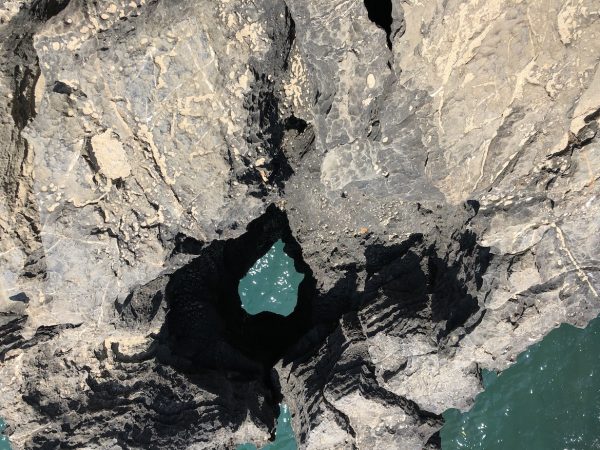 Back in the mid-2018, the deep-southern province of Satun was on a global spotlight when UNESCO recognised its province-wide pre-historic values for possessing the innately rich and diverse geological and cultural heritage. They enlisted Satun as a Global Geopark Site, making it Thailand’s first UNESCO Global Geopark. 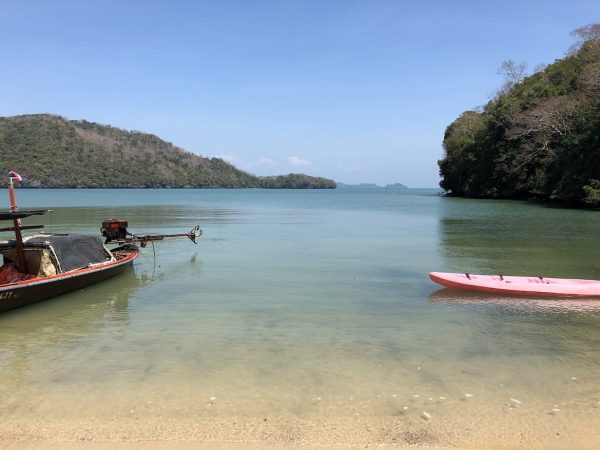 To be recognised as a Global Geopark means Satun has something of tremendous archeological values. Satun, they found, has its bedrocks harking back more than 500 million years – on lands and in the seas. And by being enlisted as a UNESCO Global Geopark, Satun is now being globally celebrated and protected for conservation. 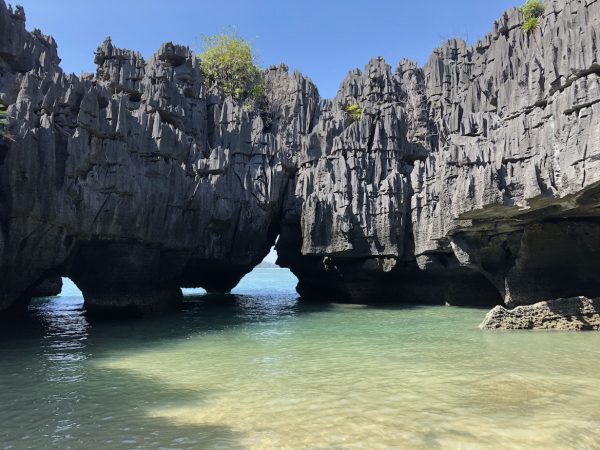 The province of Satun is a seaside terrain about one thousand kilometres south of Bangkok. The UNESCO Global Geopark covers the inland districts of La-Ngu, Tung Wa and Manang and many islands off its shores. That means, if you want, you can start trekking the pre-historic trails of Satun through natural attraction being caves, waterfalls, cliffs, and mountains all the way out into the sea with hidden fossil-laden sites accessible only by boats and involve a bit of waist-deep wading. 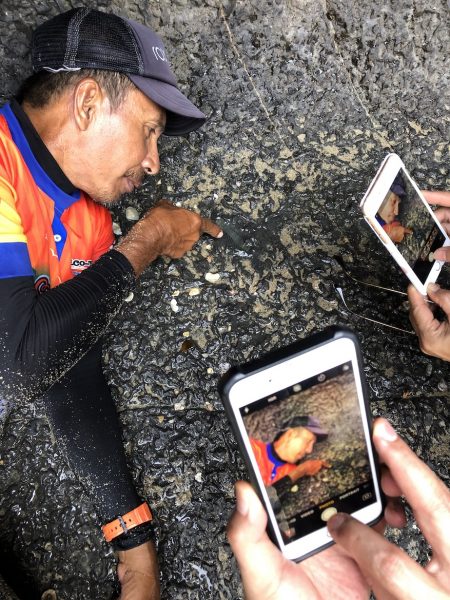 The first spotting of Satun’s oldest evidence of the pre-historic times was found in the forms of primitive sea life fossils in the red sandstones on Tarutao Island. That fossil was 500 millions years old, and the sea floor was in the period that is known as the Cambrian Period. Other fossils and traces of the time are also visible in the surrounding islands in the area along the Strait of Malacca. In a nutshell, this is a destination perfect for those who like to take their time trekking and slowly appreciating the nature. 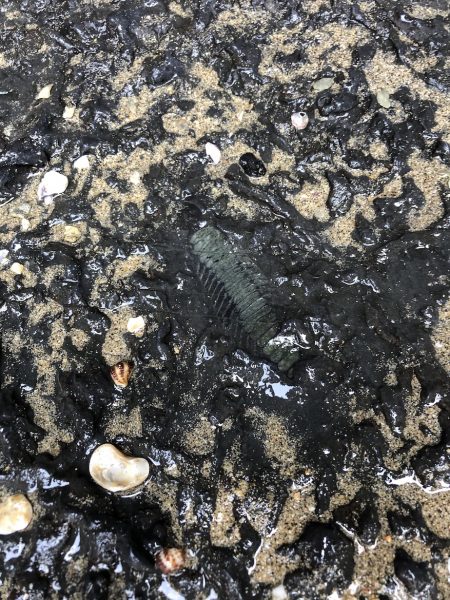 Like many other UNESCO-listed treasures, Satun is touted to become another tourism goldmine. But then, some rules apply when the province was a UNESCO-listed destination. First, the tourism should be community-based, ecological-friendly, environmental- friendly, and educational. That means the living communities of the areas have the first and priority rights to operate the tours. And that policy bars big businesses to swoop in and sweep up all the profits. 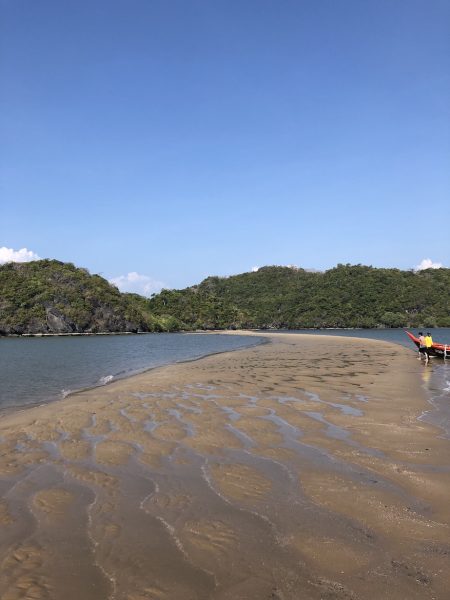 For visitors to Satun, the journey to explore the gorgeous geological sites are usually involve going out in the open sea. The first thing you will need to do is to contact the tour operator and plan for at least a half-day. Communities at Pak Bara in La-Ngu district operates year-round tours to the islands with significant geological values, but still they encourage you to come by when the waters are calm, during January – May. A four-hour sea trip will cost you about Bt700 per person, and that includes insurance, entrance fee to the national marine park, packed lunch and guide.

The tour we went was home-grown, small fishing boat with an ad-hoc sun roof. The boat engine was loud, and our vessel’s captain was quiet, his eyes were trained on the currents. He knew every nook and cranny in this channel.

The first sighting of the pre-historic site is at Ao To Ba where some 480-million-year-old fossils are spotted. Bright sun might make the sighting a bit hazy, but then, you will also need to watch and concentrate on your steps. Climbing on steep slopes is required, and the jagged sandstone terrains can be sharp and quite dangerous. You will be better off with a sturdy pair of shoes, and not the usual beach going flip-flops that are slippery.

The main event at Ao To Ba is the heart-shaped cliff that you will need to climb out a bit and look down. Sitting and taking picture with you and the heart-shaped cliff is possible, and will definitely make a good Instagram moment. But with the increasing numbers of news that people really fall off the cliff while taking selfie and picture means you are very much on your own risk.

The highlight of this trip was the Prasat Hin Panyod that looks, on an aerial view, like a collapsing volcano with thousands of spears. It is here that you will need to leave the comfort of the fishing boat and leap into a bobbling kayak. Our guide paddled each of us in and out of the cave. Everything happened in the open sea. We had our life jacket on. The sight was stunning and sun was blasting, and it felt blissful to be out there in the larger elements of the world. 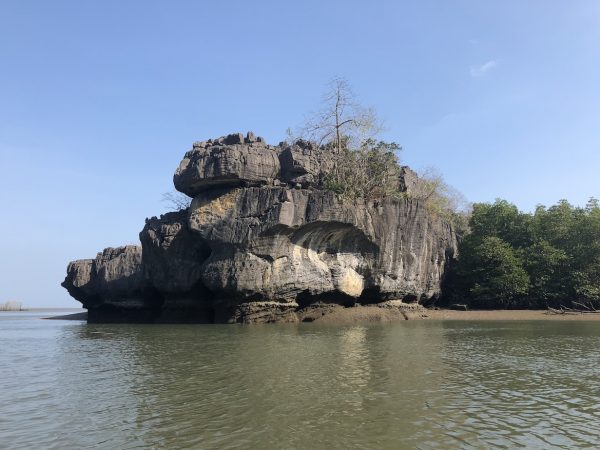 Prasat Hin Panyod is best viewed from the inside. This stunning cave-like phenomenon is the result of limestone erosion. The underground limestone – through millions of years – was slowly dissolved by groundwater, creating a series of small caves that through times enlarged and eventually joined together. Then, the underground limestone was uplifted to become a surrounding jagged limestone ridge. A wonder of nature. 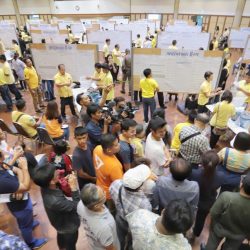 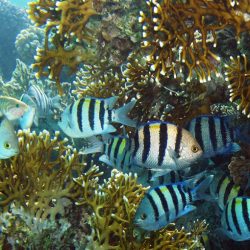 Man arrested for picking anemone from the sea