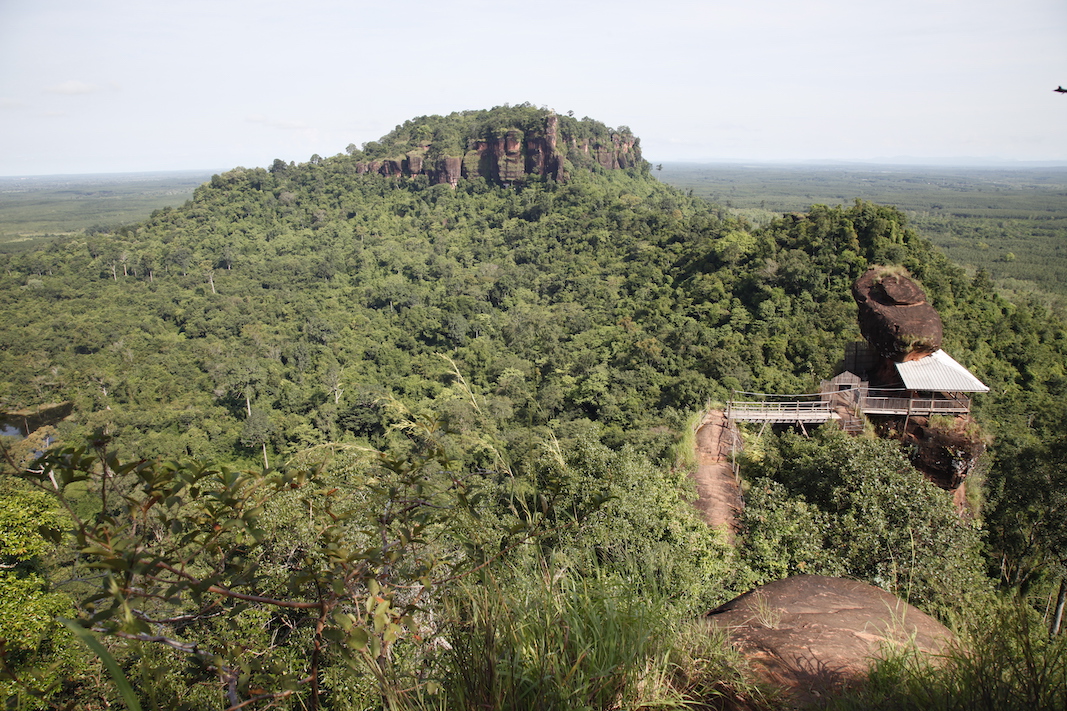 There’s something about the furthest, remotest place that beckons many of us. The north part of the Northeast of Thailand, for me, is a land that usually calls for our visit. Due to its remoteness and somehow scarcity of all things glittering and modern, say five-star accommodation and malls, this part of the country is particularly charming and luring when we are seeking a true escapade from it all. 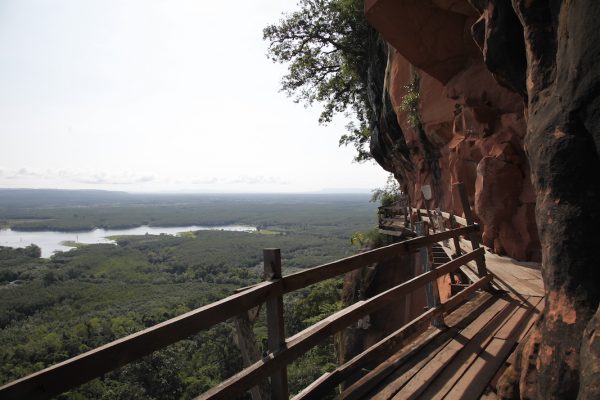 Beung Kan is the latest addition when it comes to Thailand’s provincial establishment. This is Thailand’s 77th province if you count Bangkok, the capital with its own special administration. Beung Kan used to be a part of Nong Khai, but now it runs its own municipality covering eight districts. The province is the furthermost north of Esan; its northern border lining Mekong, hence this is a place with spectacular views, serenity, and as we wish, local lifestyle still pretty much untainted by mass tourism. 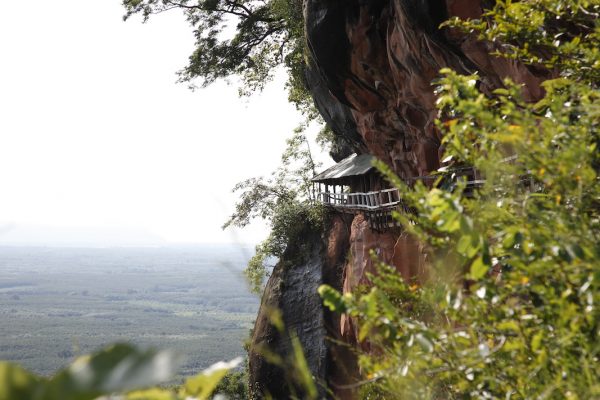 But the whole point of our latest visit was to climb to the top of Mount Phu Tok – the stunning sandstone outcrop in Sri Wilai district about 50 kilometres out of town to the south. When you see these pictures, you will know why. A disclaimer, though, I have a serious case of acrophobia, but this mountain seriously begged me to visit. 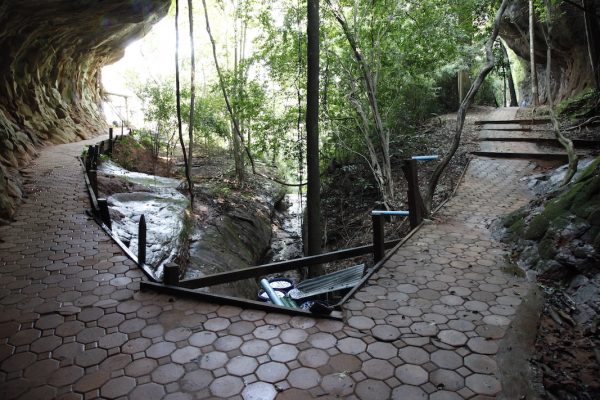 Phu Tok is located inside Wat Phu Tok or Wat Jetiyakhiri Wiharn. This temple was built more than half a century ago by the venerable Chuan Kulachetto who intended to make this mountain a pure solitude, a sacred and perhaps secret place for those wishing for a mindful meditation. This sandstone mountain, with an elevation of about 360 metres and all, was his playground. He gradually built wooden stairs up to the hill, but later when this information sifted and spread through word of mouth, his followers started to chip in and all resulted in this amazing place we can go up, be totally quiet and mindful, dwell and wonder in the amazingness of nature. 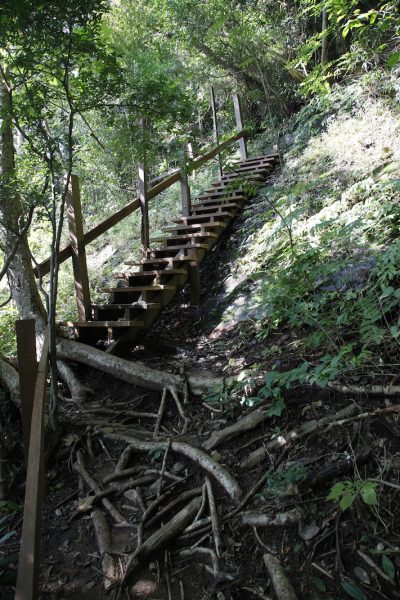 The venerable Chuan Kulachetto had passed away for almost 40 years now, but the temple is still being maintained by the people. And that makes it even more amazing. The day that we were there, we bumped into a group of workers in process of shoring up and replacing the wooded flooring, one of them dared us to run through the course, just so we can see for ourselves how strong these paths can be, overhanging and high up as they are. 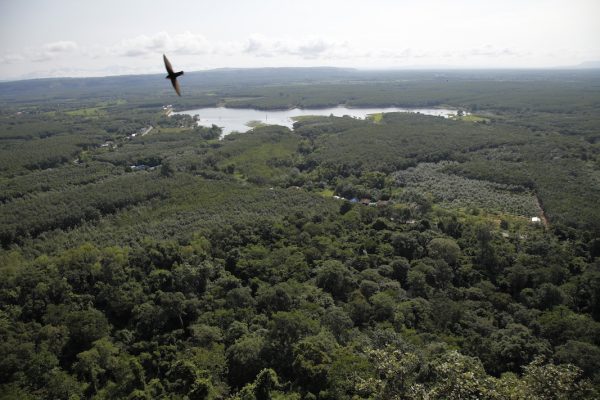 To get you some bearings, Phu Tok is divided into 7 storeys. The first four storeys are a straight-up escalation via steep wooden stairs. There are some rest areas, which are definitely helpful. The epitomes of Phu Tok are on the fifth and sixth, and for some also the top seventh floors of the mountain. The narrow wooden paths built with wooden planks overhanging the sandstone walls of the mountain wrap around the hill. In some areas, looking down, we saw the air. The clear air that separated us from the ground way down below. My hands were all sweating at this point, but somehow I felt like I have achieved something great. I have witnessed something so miraculous, so amazing. Something built out of trust, of dedication, of devotion, of pure love. 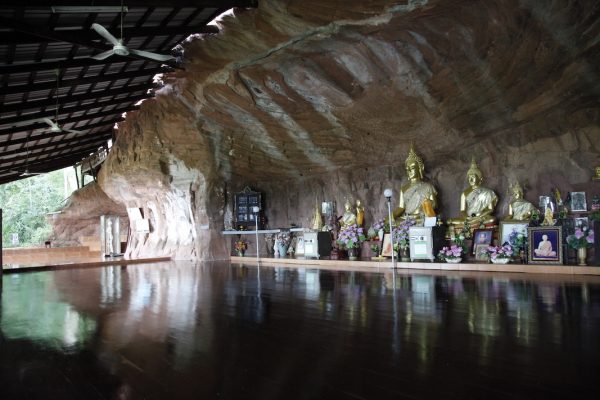 You might want to spend some times soaking in the surrounding sceneries. This is a temple, hence you will need to dress properly, by covering up decently. No shorts, no sleeveless shirt. No screaming, no trashing. A lot of respect. This is a place you come to realise that being a human is only to be humble and kind.

Because Phu Tok is a good drive away from Beung Kan town, I would recommend anyone to be there as early as you can. It took us almost an hour to get there by our own vehicle. Then, it took us a good couple of hours to scale up the stairs, to stop momentarily and to appreciate all things there. Esan’s blasting sun is perennial. There’s no denying the heat. We were drenched to the core when we came down to the fifth storey, to sit down and pay homage to the place at their main hall with Buddha images and a memorial for the venerable Chuan Kulachetto. 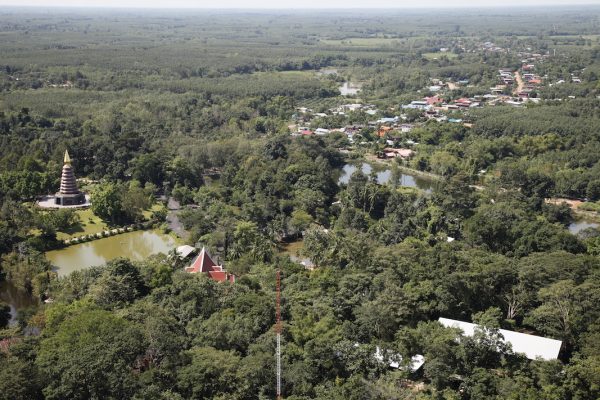 There, we met a lot of people on their way up. One of them asked us to lead the way. When we pointed them to the right direction, the woman thanked me, and I noticed her well-made-up face. The morning face that would definitely turned into a Panda-like by the time the owner witnessed the heat and the mascara began to melt. But cheers! 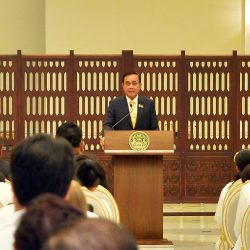 Prayut given a test of what to come 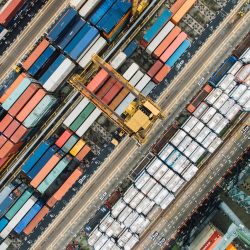