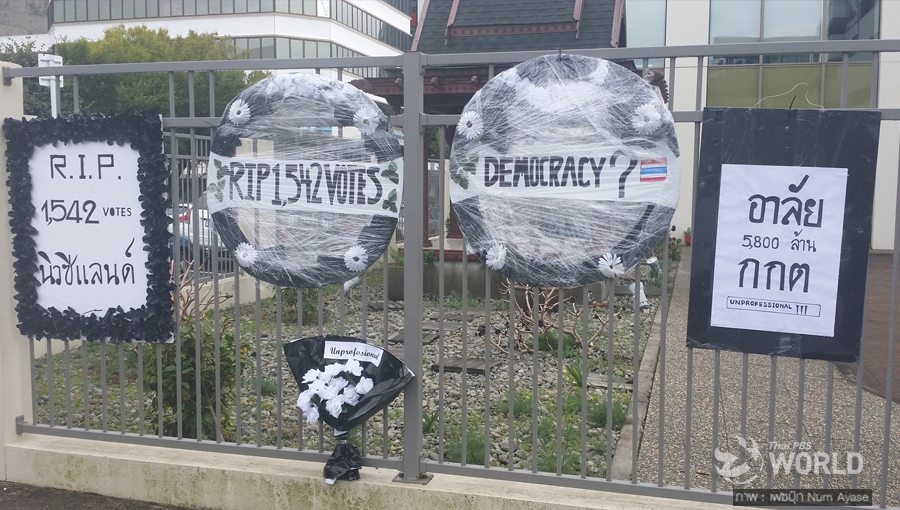 A group of Thai voters in New Zealand laid wreaths in front of the Thai Embassy in Wellington to protest against Thailand’s Election Commission for invalidating all 1,542 early ballots due to their late arrival in Thailand.

One of the group, Num Ayase, said in a Facebook post that they simply wanted to express their dissatisfaction with the EC and, hence, did not submit any protest note.

The group was later invited into the embassy for talks, which ended with both sides understanding each other’s duties, said Num, adding that they also discussed ways to prevent such an incident from recurring. Embassy officials asked them not to take any pictures during the discussion.

All the early votes from New Zealand were sent in a diplomatic pouch from the Thai embassy in Wellington.  The pouch arrived at Bangkok’s Suvarnabhumi international airport on a Thai Airways flight during the evening of March 23rd, but were actually picked up the following day, election day, after it was agreed by the Foreign Ministry, Thailand Post Company, which is supposed to deliver the sorted ballots to their destinations, and the EC that the ballots could not be sorted and sent to their destinations in time.

The EC later ruled all the New Zealand ballots could not be counted, eventually leading to widespread protests. 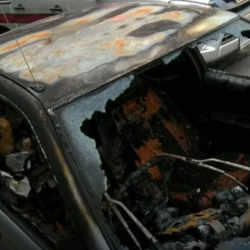 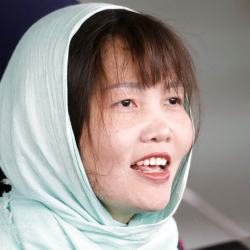