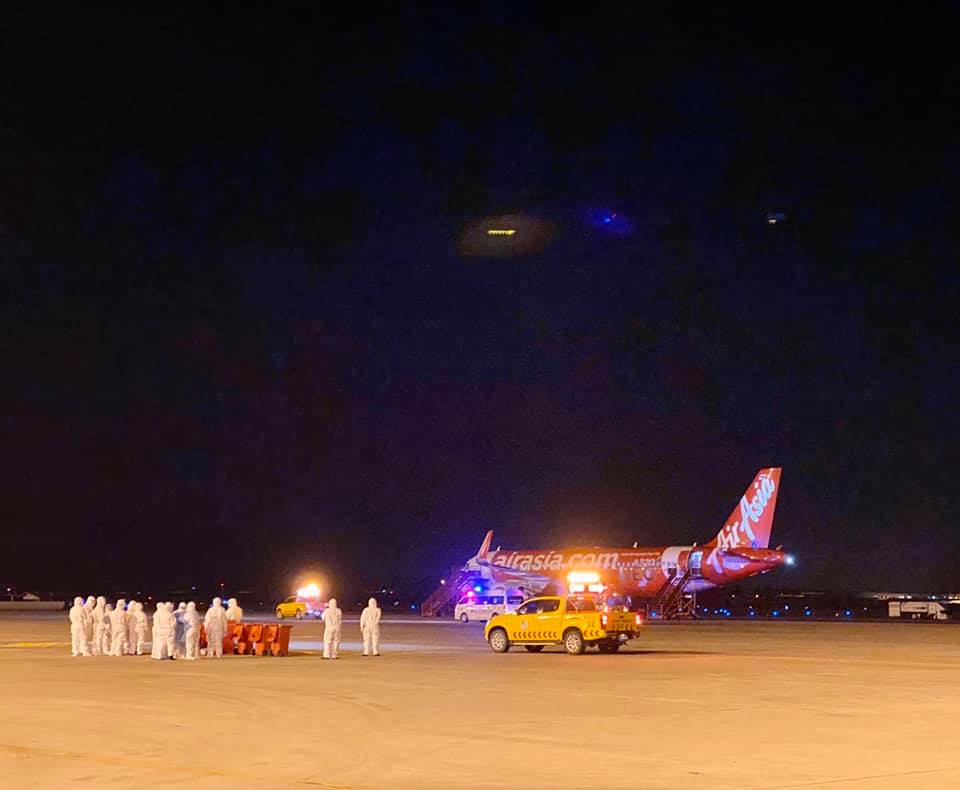 An AirAsia with 138 Thais evacuated from Wuhan touches down at U-Tapao airport in Rayong on Tuesday night. – Photo from Public Health Minister Anutin Charnvirakul’s Facebook page

A chartered flight with 138 Thais evacuated from the Chinese city of Wuhan has landed at U-Tapao international airport in Rayong on Tuesday night. Three others, two students found to have fevers and one who had overstayed his visa in China, had to remain in Wuhan.

After the plane landed at 8.38 pm, the evacuees, 15 medics and the crew were whisked by two buses and three vans to the reception area, in the compound of the nearby Royal Thai Navy base, for screening by medical personnel from the Queen Sirikit Hospital and the Navy Medical Service Department.

Public Health Minister Anutin Charnvirakul and medical personnel in protective suits were on hand to receive the returnees.

After the screening, the evacuees were taken to their lodgings at the naval airbase where they will be looked after by the medical staffs from Bamrasnaradura hospital and Army Medical Service Department. They will be quarantined for 14 days.

All the lodgings are surrounded with two-metre-high fence to prevent unauthorized entries while sentries are posted at various points. Visitors can communicate with the quarantined evacuees via video link. Medical authorities said they will hold two news conferences daily to report on the returnees’ conditions. 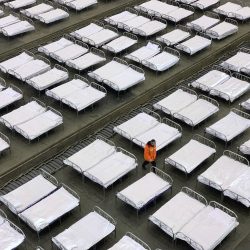