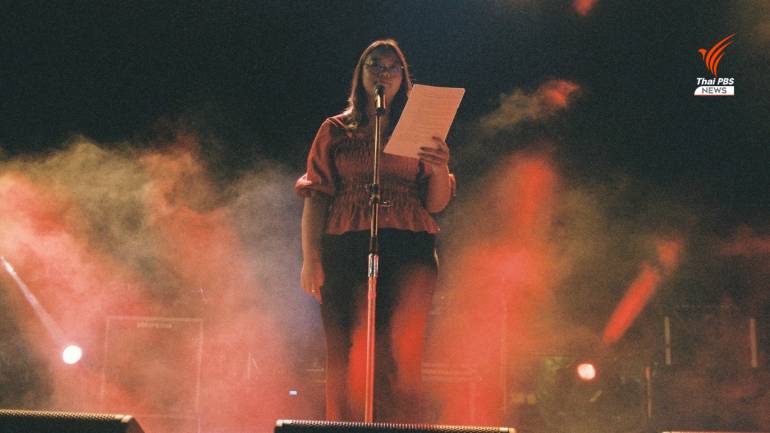 Prominent protest leader Ms. Panasaya Sitthichirawattanakul has promised a “surprise” at first light in Bangkok on Sunday, or 6.07am.

In her Facebook post, the young woman, who read the 10-point manifesto on the reform of the Thai Monarchy during a protest on August 10th, posted the image of a circular plaque, bearing the three-finger salute and a text which reads “September 20th, 2020 at dawn” and text around the rim which reads “At this spot, the people expressed their will that this country belongs to the people, it is not the property of …..  as they have been deceived”.

“Wait for the surprise!” said Ms. Panasaya in the post.

Earlier, human rights lawyer Anond Nampa, another protest leader, mentioned the plaque, which is apparently made of brass and is 11.6 inches in diameter, but declined to elaborate for what it was intended.

There are rumors that that some protesters might go to the Royal Plaza to replace the plaque, near the equestrian monument of King Chulalongkorn, with their new one.

The original plaque, which was installed there at dawn in 1936, when the People’s Party leader Phraya Phahon Phonphayuhasena stood there to announce the end of the absolute monarchy, four years after the 1932 Siamese revolution, went missing on the night of April 5th, 2017 and was replaced with a new one.

Earlier, Senator Somchai Sawengkarn said that the real destination of the protest march on Sunday is not Government House, but the Royal Plaza. 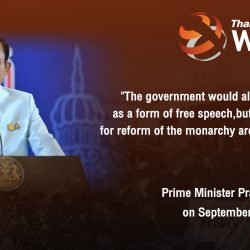 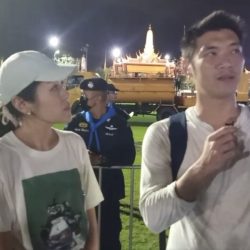