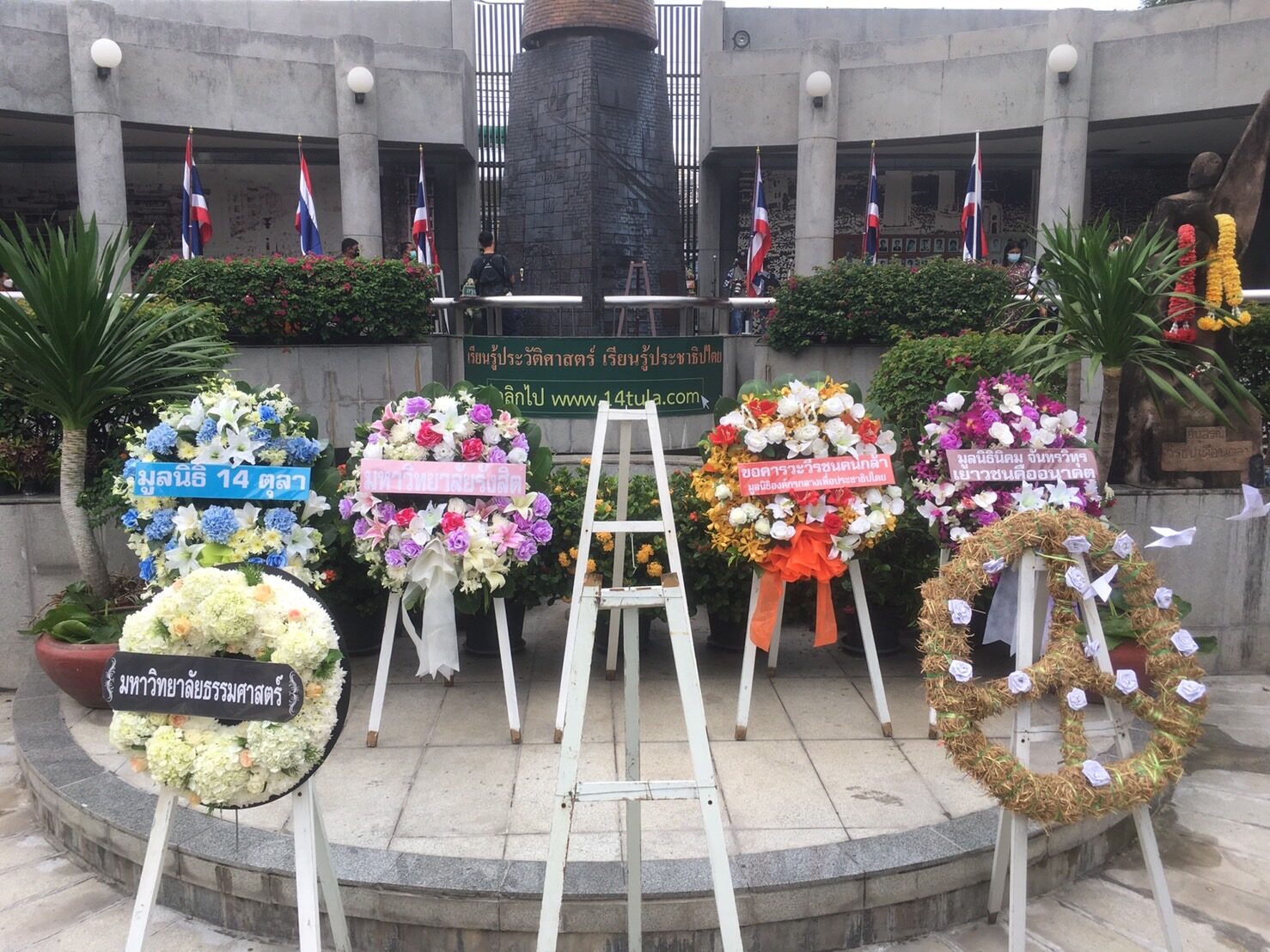 Former student leaders, politicians of both government and opposition camps, relatives of those who died, Christian, Islamic and Buddhist clerics and representatives of pro-democracy groups gathered at the October 14th memorial on Ratchadamnoen Avenue in Bangkok this morning (Thursday), in remembrance of those killed during student-led uprising on October 14th, 1973 aimed at toppling the Thanom-Praphas-Narong military dictatorship.

The solemn ceremony began at 7am, with the presentation of alms and saffron robes to 14 Buddhist monks in front of the memorial. Old songs, conveying the message of democracy, were played to remind participants of the struggle for democracy against dictatorship almost five decades ago.

A minor incident occurred when Prasarn Marukapitak, a member of the event’s organising committee, protested against a banner raised by the anti-government “Talufah” group without the committee’s approval.

He said that the banner, which contained a statement calling for reform of the monarchy, was not appropriate for an event intended to commemorate the heroic sacrifice of those who died 48 years ago in the fight against military dictatorship.

“We do not want to be in conflict with anybody. The space at this memorial is open to people of all opposing political beliefs but, today, we come here to pay homage to the heroes. We want peace and no conflict with anyone,” said Prasarn, as he demanded that the banner be taken down.

The former student also said that the “Talufah” group will be allowed to join a forum this evening, but the group had not asked for permission to put up a banner.

A religious ceremony was held at 8.30am, presided over by Phra Sunthorn Kitkoson, assistant abbot of Wat Arun, Sa-nga Narkchom, an imam of Sulukul muttaqien mosque and Father Saner Damnernsaduak, secretary-general of the Catholic Committee for Christian Relations.

The uprising 48 years ago resulted in the end of the military dictatorship of anti-communist Field Marshal Thanom Kittikachorn, setting in motion more violence in the coming years, with the notable student massacre at Thammasat University almost 3 years later, which reportedly killed over 100 demonstrators. 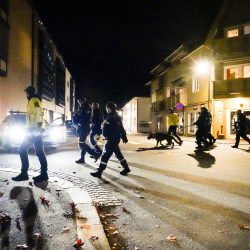