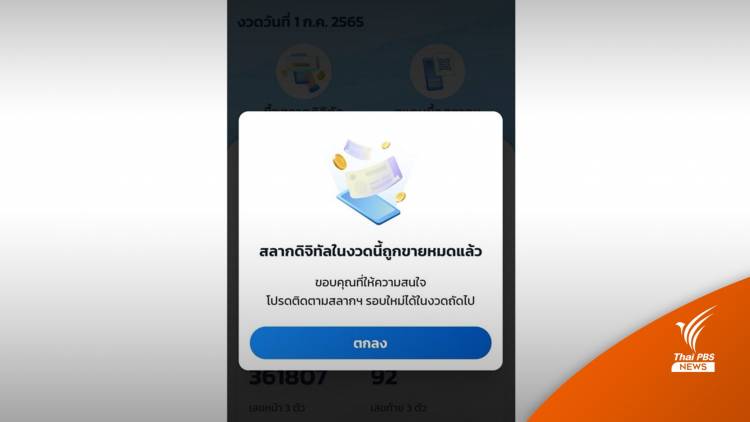 The board of the Government Lottery Office (GLO) will consider increasing the number of digital tickets available for sale online, after tickets for the June 16th and July 1st draws sold out in four days and just over two days respectively.

Lawaron Saengsanit, director-General of Revenue Department and chairman of the GLO board, said today (Sunday) that the 5.15 million digital lottery tickets for the July 1st draw, which went on sale on June 17th, were sold out in two days, one hour and 30 minutes.

He said that the selling out of the second lot of digital tickets in less than three days was beyond expectations, indicating that it is possible for the public to buy tickets, with the numbers they like, for 80-baht each.

He also said that buyers of digital tickets can be assured that they will have no problem with missing tickets or problems with claiming prizes, because they will be notified automatically, via the “Pao Tang” app, if they hold a winning ticket.

At the GLO board meeting on Thursday, Lawaron said they will consider whether the quantity of digital lottery tickets, currently set at about 5.1 million, should be increased in light of the encouraging public response, adding that a balance between online sale and sale of the tickets by vendors will be maintained.

Some vendors have complained of being left with unsold tickets since the launch of online ticket sales, while others say that they were forced to sell their tickets at a discount to clear their stocks.