The death toll from COVID-19 exceeded 100 for three days in a row on today (Tuesday), with people who are over 60, those suffering from certain underlying diseases and pregnant women, accounting for 97% of the fatalities, according to Disease Control Department Director-General Dr. Opart Karnkawinpong.

101 deaths and 19,982 confirmed COVID-19 infections were recorded today. Of the fatalities, 83 were over 60 and 15 were afflicted with underlying diseases and one was a three-month infant. 16 were found to be infected at the time of their deaths.

Dr. Opart noted that 94% of the deaths had not received booster vaccine jabs and fatalities among bed-ridden patients is rising.

He urged the elderly to get their booster shots at their nearest vaccination facility, reminding them that boosters will greatly reduce the risk of severe symptoms or death.

He also advised parents to bring their children, aged 12-17, to get booster jabs, either one full dose or half a dose of the Pfizer mRNA vaccine, before the start of the new school term, tentatively in mid-May.

The third vaccine shot should be administered 4-6 months after the second injection, he said. 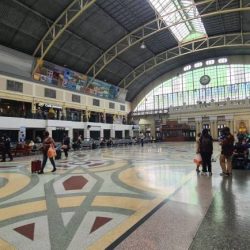