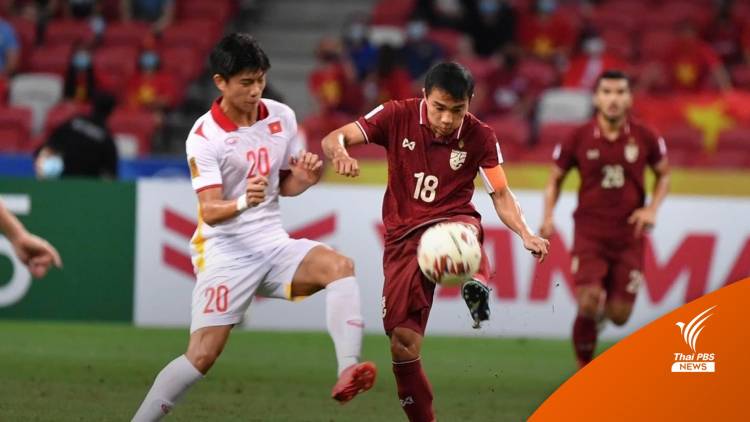 Thailand booked their place in the AFF Suzuki Cup final for a ninth time in 13 attempts after they held defending champions Vietnam to a goalless draw on Sunday in the second leg of the semi-finals to complete a 2-0 aggregate victory.

The Vietnamese dominated possession at Singapore’s National Stadium but could not break down the resolute defence of the Thais, who have conceded only one goal in six matches on their run to the final.

The War Elephants will attempt to win the Asean football title for an unprecedented sixth time when they face Indonesia in the final.

Both legs will take place in Singapore with the first leg on Wednesday and the return game on New Year’s Day.

Vietnam coach Park Hang-seo made five changes to his line-up from the first leg and his team exerted much of the pressure as they sought to turn around the two-goal deficit.

But the Thai defence allowed few clear-cut chances despite suffering a blow in the 31st minute when goalkeeper Chatchai Bootprom had to be replaced after he was injured in a clash with Nguyen Tien Linh.

Siwarak Tedsungnoen came off the bench and made a good save shortly afterwards to keep out Nguyen Quang Hai’s free-kick.

As the first half came to a close, Ho Tan Tai headed a corner narrowly wide and Quang Hai fired wastefully high over the crossbar as Vietnam turned up the pressure.

At the other end, goalkeeper Tran Nguyen Manh was called into action just before half-time as he made a fine save to deny Theerathon Bunmathan.

The Thais continued to frustrate their opponents after the interval with Vietnam’s best efforts falling to Quang Hai, who sent a 49th minute free-kick narrowly wide before forcing Siwarak into a diving stop nine minutes later.

The replacement keeper also snuffed out efforts by Phan Van Duc and Nguyen Hoang Duc as the Thais gradually took the sting out of their opponents to seal their passage to the final.