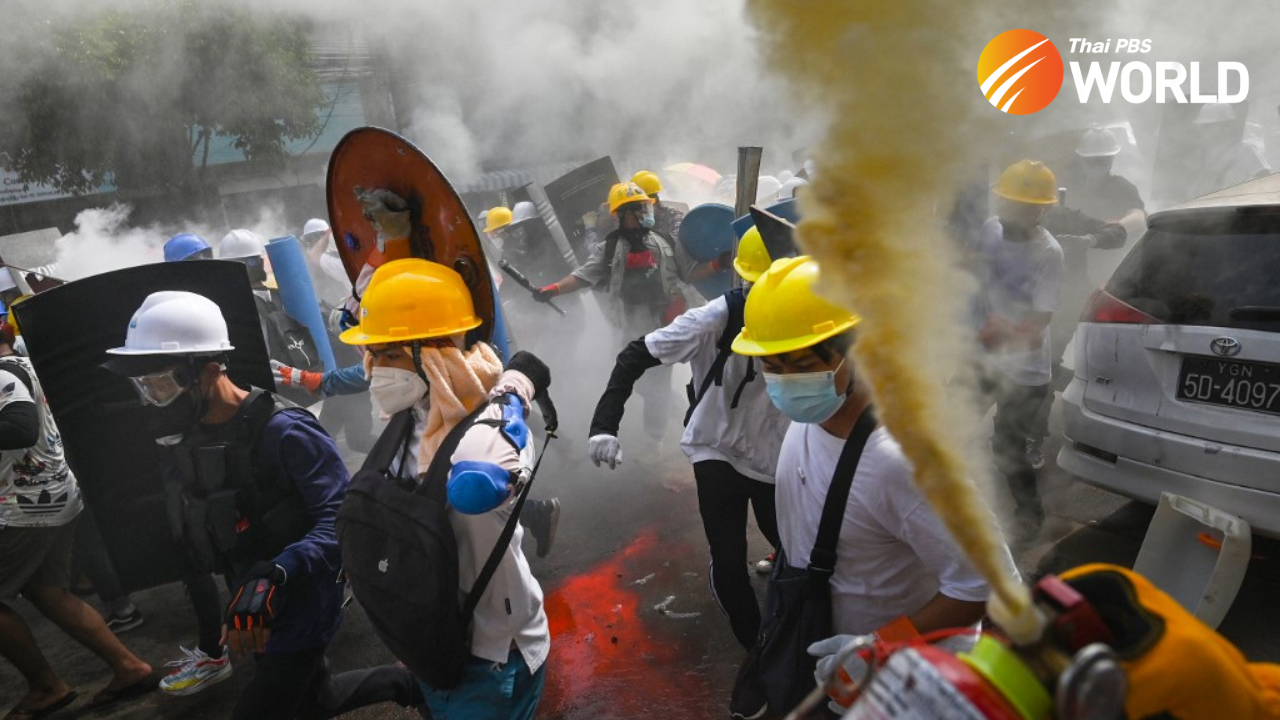 A protester uses a fire extinguisher as others holding homemade shields run during a demonstration against the military coup in Yangon. (Photo by STR / AFP)

Thailand was among 36 countries which abstained from voting on the United Nations General Assembly’s resolution calling for a stop to the flow of arms to Myanmar, urging the military to respect November’s election results and release political detainees, including Myanmar’s state counselor Aung San Suu Kyi.

The General Assembly adopted the resolution, with the support of 119 countries. Belarus requested the text be put to a vote and was the only country to oppose it, while 36 abstained, including China, India, Saudi Arabia and Russia. 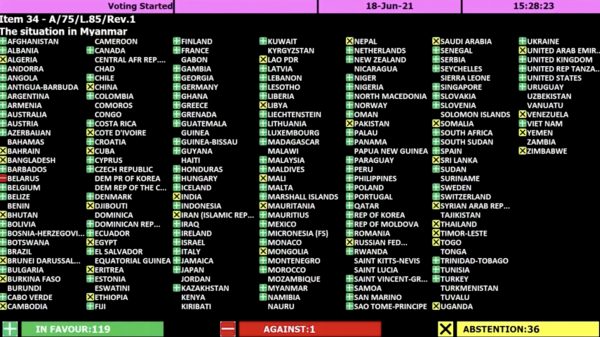 “The risk of a large-scale civil war is real,” U.N. special envoy on Myanmar Christine Schraner Burgener told the General Assembly after the vote. “Time is of the essence. The opportunity to reverse the military takeover is narrowing.”

The statement said that Thailand does not have the luxury of distance and shares more than 2,400 kilometers of border with Myanmar, with complex aspects of exchange between the people of both countries. Therefore, anything happening in Myanmar will directly affect Thailand’s security.

Myanmar Journal: “It is getting difficult, oppress them instead”

June 17 – Local media in Mandalay reported that the Voice of Myanmar’s chief editor Nay Myo Lin and reporter Shine Aung have been released from Mandalay’s Ohbo Prison. They are in good health and are now with their families. (Round-up of the latest events in Myanmar by Thai PBS World correspondent David Tun.)

Thailand said it believes that, though the past cannot be changed, the international community can play a role in creating a safe space that will support all sides in the negotiations.

The statement said Thailand has concern for the well-being of people in Myanmar, who will suffer mentally and physically even more and it does not believe this UN resolution is the way to the sustainable peace that they deserve.

The UN General Assembly adopted the resolution around four months after the military overthrew Suu Kyi’s government in a coup, citing the government’s refusal to address fraud in the November general election, though international observers say the ballot was fair.

On Friday, UN Secretary-General Antonio Guterres told the reporters “We cannot live in a world where military coups become the norm. It is totally unacceptable.” 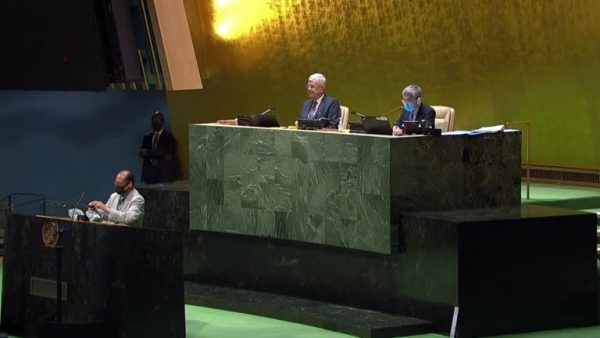 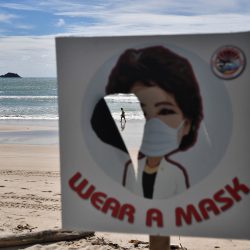 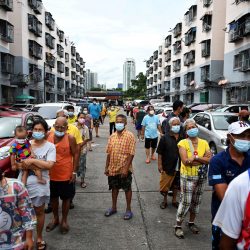