Thai tourist among 4 killed at Christmas market in France 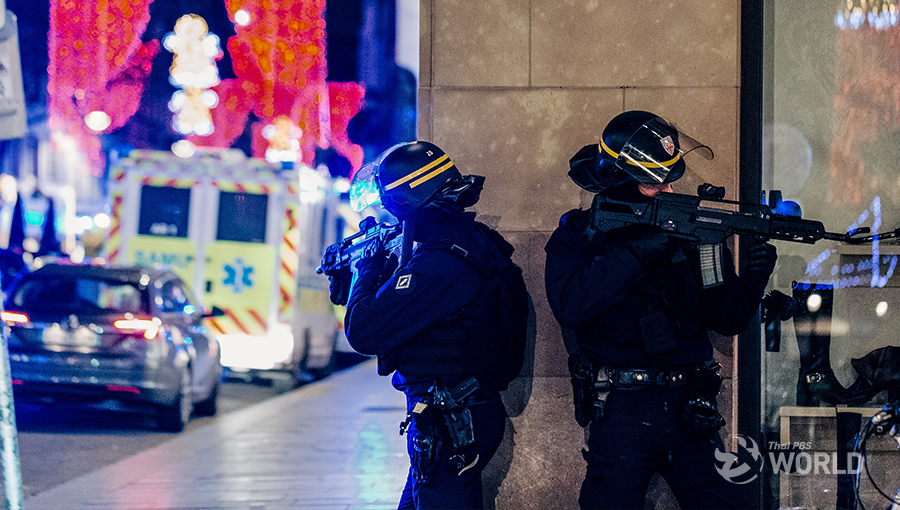 STRASBOURG, FRANCE (AFP) – A gunman killed four people, including a Thai tourist, and injured around a dozen others at the famed Christmas market in the French city of Strasbourg on Tuesday before fleeing the scene, authorities said.

A manhunt was underway after the killer opened fire at around 8pm local time (1900 GMT) on one of the city’s busiest streets, sending crowds of evening shoppers fleeing for safety

British media reported that one of the dead was said to be a Thai tourist who was shot in the head outside a restaurant. Staff and diners tried to save him but were unsuccessful.

Soldiers patrolling the area as part of regular anti-terror operations exchanged fire with the suspect and injured him, but could not stop him escaping, police sources said.

Mayor Roland Ries told AFP that four people had been killed and three or four of the injured were in critical condition. Officials had earlier said two people were killed.

The gunman has been identified and was on a watchlist of suspected extremists, a statement from local security services said.

France’s security forces, already on high alert after a series of terror attacks since 2015, are particularly stretched at the moment due to anti-government protests that have swept the country.

“I heard shooting and then there was pandemonium,” one witness, who gave his name as Fatih, told AFP. “People were running everywhere.”

He said he had seen three people injured on the ground only a few metres from the giant Christmas tree in the centre of the eastern city.

Shortly after the shooting, lines of police vehicles and ambulances streamed into the market area, under festive lights declaring the city the “capital of Christmas”

Shortly after the shooting, lines of police vehicles and ambulances streamed into the market area, under festive lights declaring the city the “capital of Christmas.”

“We heard several shots, three perhaps, and we saw people running,” one witness told AFP afterwards, asking not to be named.

“One of them fell down, I don’t know whether it was because she was tripped up or if she was hit,” the witness said.

President Emmanuel Macron arrived for a crisis meeting with cabinet officials in Paris shortly after midnight, while Interior Minister Christophe Castaner was dispatched to Strasbourg.

Two separate security sources told AFP on condition of anonymity that the shooter was believed to be a 29-year-old from the city, whose name was given as Cherif, and who was set to be arrested on Tuesday morning.

He was being investigated over an attempted murder, one of the sources said.

Several areas neighbouring the Christmas market were sealed off on Tuesday night and residents were being told to stay indoors.

Many people took refuge in local restaurants and bars which pulled down their shutters.

“We let everyone inside, down into the wine cellar. They’re locked in there,” local restaurant owner Mouad, 33, told AFP.

A police source, again speaking on condition of anonymity, said that security forces had opened fire in an area of the city where the suspect was thought to be hiding.

The source did not give the address and it was unclear if the shooter had been located.

Specialised anti-terror prosecutors have opened an investigation into the incident in Strasbourg, which lies on the border of Germany. 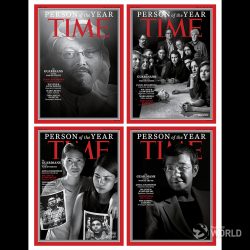 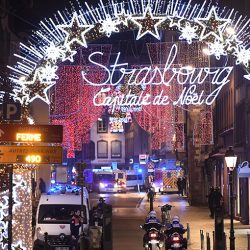