(FILES) In this file photo taken on July 19, 2021 this illustration photograph shows a physical banknote and coin imitations of the Bitcoin crypto currency, in Istanbul. – Bitcoin slid below $40,000 on January 10, 2022, falling to its lowest level since the end of September as the world’s leading cryptocurrency showed no end to its volatility. Bitcoin dropped to $39,663.18, having soared to a record high of over $66,000 in October. (Photo by Ozan KOSE / AFP)

The Revenue Department has agreed to do away with the proposed 15% withholding tax, which was to be imposed on digital asset trades, and to allow losses to be deducted from income earned in the same year by exchange operators under the supervision of the Securities and Exchange Commission, said Revenue Department Director-General Ekniti Nitithanprapas today.

He said this move will prevent tax law from being an obstacle to the development of the cryptocurrency business in Thailand, while retaining the principle of fair taxation.

He said that trade in digital assets has been growing rapidly in Thailand, with the daily volume of trade rising exponentially, from about 240 million baht to an average of 4.84 billion baht in just two years.

He also said the Revenue Department, in cooperation with the private sector and other relevant agencies, will issue a handbook on taxation on trade in cryptocurrencies, to be published at the end of this month. 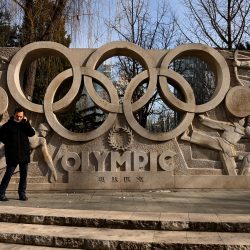 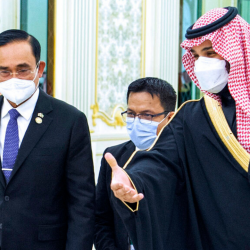