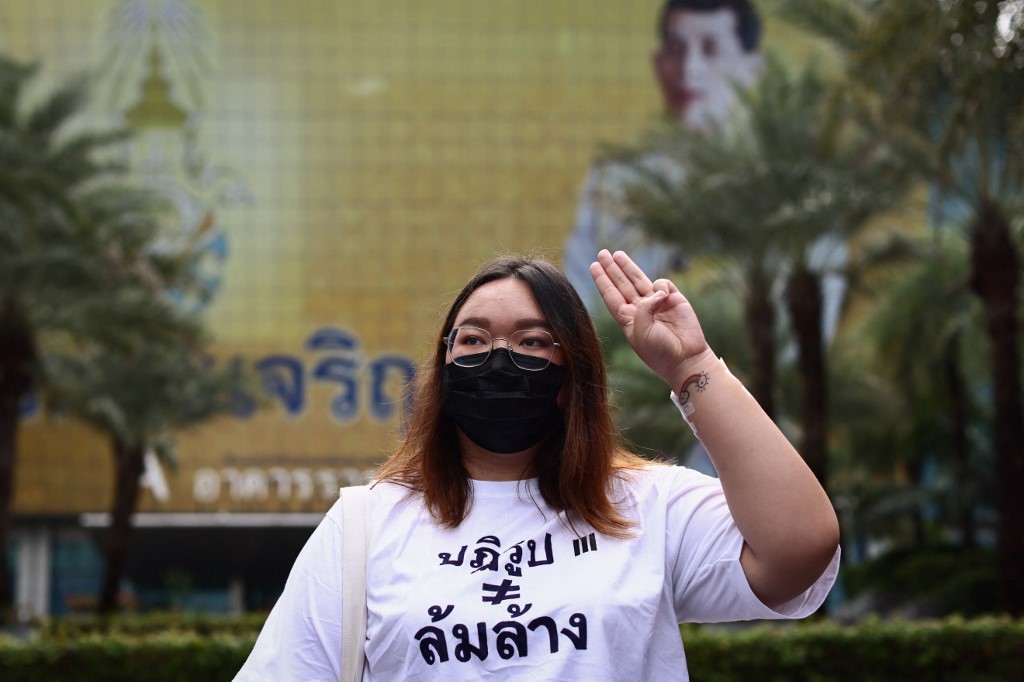 Protest leader Panusaya “Rung” Sithijirawattanakul was granted a conditional release today (Thursday) by two courts so she can continue her studies.

Panusaya, one of the anti-establishment Ratsadon group’s leaders, is being tried on lèse-majesté charges in connection with the protests at in September, August and December 2020. Her original bail expired yesterday.

She reported to the court this morning in the company of her parents, lawyer Krisadang Nutcharat and Asst. Prof. Dr. Boonlert Visetpricha of Thammasat University to hear the court’s ruling on her bail extension.

Krisadang explained that the court did not forbid Panusaya from participating in a protest, because it is a constitutional right for everyone to take part in political activities, but the court forbade her from causing public unrest and tarnishing the monarchy.

The protest leader must report to the court every 30 days. Her electronic monitoring (EM) bracelet requirement and house arrest have also been lifted.

Meanwhile, the Ayutthaya provincial court granted conditional release to the protest leader today. She will, however, have to avoid participation in activities which may cause unrest or may offend the monarchy and may not leave the country without court’s permission.

On Wednesday, the Bangkok South Criminal Court extended conditional bail for her until May 25th.

Cattlemen who killed tigers at national park surrender, say they killed their cows