None of the Thailand’s 20 billionaires, who responded to Prime Minister Prayut Chan-o-cha’s call for help in wake of COVID-19 pandemic, have offered the Government any financial help.

The Prime Minister told the media today that he had received responses from several super-wealthy individuals, all of whom promised to take care of their employees by keeping as many on their payroll as possible, or by providing those who are laid off with alternative occupations.

He said some of these tycoons had expressed concern that, after the pandemic is over, some employees, who were provided with alternative jobs, might not return to work for them.

The Prime Minister added that they also offered advice on economic issues and most of them expressed their shared concern about current water management being able to ensure access to sufficient water for consumption and agriculture.

He also asked the Thai people to set aside their political differences, saying “this is not the time for taking sides, but for all to be on the same side, in line with the Thai identity, to care for one another.”

All over the world, countries see changes to their ways of life and in other areas. After this pandemic, everyone will attach more importance to health and the environment,” said the Prime Minister.

He thanked the billionaires for their advice and reiterated that none of them asked him for anything in return. 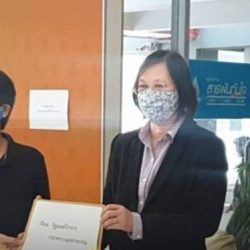