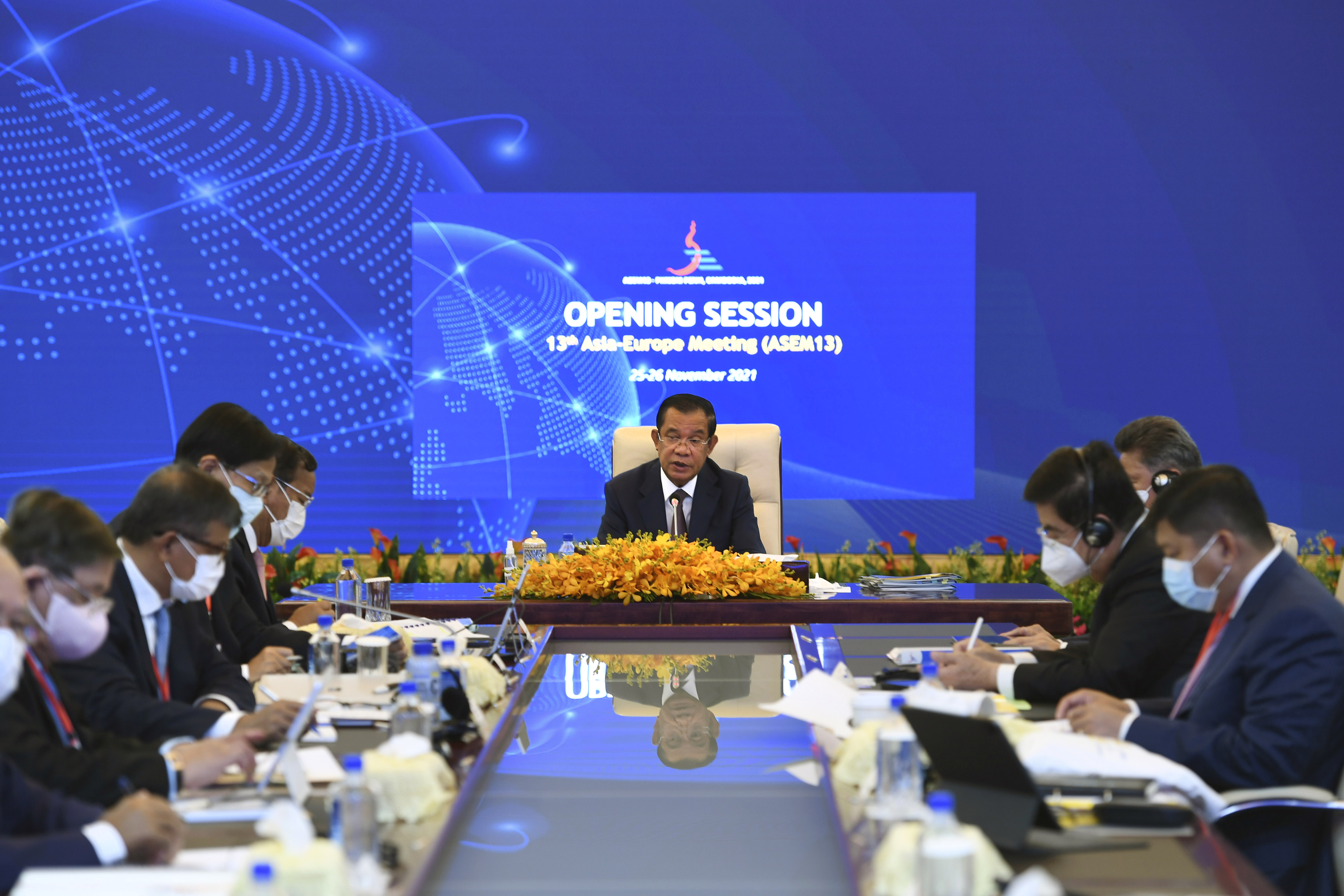 Thai Prime Minister Prayut Chan-o-cha, in his capacity as ASEAN Coordinator, said at the 13th Asia-Europe (ASEM) Summit hosted by Cambodia today (Thursday) that Thailand believes that multilateralism is the key to overcome global crisis and that multilateral cooperation should be tangible on the basis of shared benefits between member countries.

Gen Prayut emphasized that ASEM, which comprises of 51 countries and 2 regional organisations as partners, needs to get more cooperation for multilateralism, especially after the COVID-19, adding that the meeting is a chance for all leaders to put a strong effort into participating in ASEM on the world stage.

The Prime Minister also proposed the principle of “5Ps”, in accordance with the 2030 Sustainable Development Goals (SDGs) on which ASEM should place importance: People, Partnership on the basis of equality, trust, respect, and mutual interest must be promoted, Peace, Prosperity, and Planet.

Cambodian Prime Minister Hun Sen opened a virtual meeting of Asian and European leaders Thursday with a call for sustainable and shared global growth as the world seeks to recover from the COVID-19 pandemic.

Under the theme “Strengthening Multilateralism for Shared Growth”, the 13th ASEM Summit is in a virtual format and lasts two days.

ASEM’s membership accounts for 65% of the global economy, 60% of the world’s population, 75% of global tourism and and 55% of global trade, according to the organizers.

“As we all strive for socio-economic recovery while living with COVID-19, the theme that we have chosen for the ASEM-13, namely “Strengthening Multilateralism for Shared Growth,” is even more valid and relevant than ever,” Hun Sen said in opening remarks to the meeting. “In fact, in the post-COVID-19 crisis world, we need to further reinforce our Asia-Europe partnership to maintain a strong multilateralism that will bring about a global growth that is not only ‘Sustainable’ but can also be ‘Shared.’”

The absence of one leader, Myanmar’s Senior Gen. Min Aung Hlaing, is likely to reduce attention at ASEM to the deterioration of human rights in that Southeast Asian country since the army seized power in February from the elected government of Aung San Suu Kyi.

According to the list of attendees, Myanmar’s representation is listed as “working group.” There has been no public explanation of Min Aung Hlaing’s absence, but his military-installed government is ostracized by many Western nations for its takeover and its violent suppression of pro-democracy protests. U.N. experts have said the country is now on the verge of civil war.

There had been concerns that if the Myanmar leader had attended, major Western powers would have downgraded their representation, diminishing the prospects for substantive cooperation.

It is the third time that Min Aung Hlaing, who led February’s army takeover, has been absent from important regional meetings which Myanmar’s leader would normally attend.

The Association of Southeast Asian Nations, of which Myanmar is a member, last month agreed not to invite him to its annual summit meeting. The action was a rebuke for Myanmar’s failure to cooperate with ASEAN’s modest efforts to help restore peace and stability to the strife-torn country. Myanmar was invited to send a representative in Min Aung Hlaing’s place but declined to do so.

The general was also absent from the ASEAN-China Special Summit earlier this week. 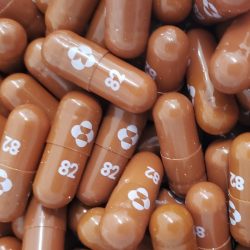 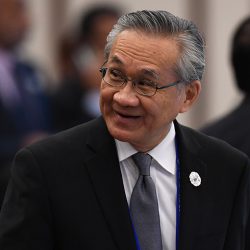