Thai PM accused of being biggest borrower and spender, but with few achievements

Seri Ruam Thai party leader Pol Gen Seripisut Temiyavet has accused Prime Minister Prayut Chan-o-cha of being the biggest borrower and spender of all Thailand’s prime ministers and of being incompetent and corrupt.

During the censure debate today (Tuesday), the former police chief said that, throughout the past seven years of his premiership, the prime minister has amassed borrowings totaling about 5.3 trillion baht, but a huge portion of that amount has been used to appease the military, to prop up his regime, by funding their arms procurement program.

He said that, while the Defence Ministry has been allotted a substantial budget without any tangible achievements, the Ministry of Public Health, which is tasked with looking after the safety of the people in the wake of the pandemic, has been allocated less money.

He alleged that huge amounts of the budget have been used to fund various populist schemes, ranging from the state welfare cards, the “Chim-Shop-Chai” (Taste, Shop, Spend) program, the 50:50 co-payment scheme to the “Rao Tiew Duay Kan” (We Travel Together) and “Rao Chana” (We Win) with the intention of gaining favour among the people ahead of the next election.

The former police chief also accused the prime minister of a heavy-handed approach in dealing with anti-government protesters, by having several of them arrested and charged with lèse majesté and sedition charges, among others, and denying them bail until scores of them have become infected with COVID-19.

He brushed aside the ex-police commander’s allegation of misuse of state funds for political objectives, claiming that he has never had such ill intention, adding that all expenditure is in accordance with the regulations and can be checked.

He denied the accusation of police overuse of force to cope with the protesters, as he urged Seripisut not to just consume one-sided information.

The prime minister claimed that he has always been mindful of the well-being of the people and that he has worked from home for 14 days because one of his close aides was infected. He has already returned to work at the Government House on daily basis.

He also denied there are kickbacks involved in vaccine procurements, adding that he is ready to be examined on the matter. 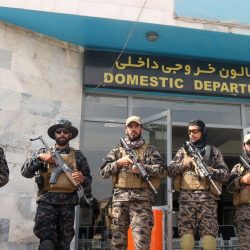