The opposition parties are aiming to censure Prime Minister Prayut Chan-o-cha and nine of his ministers, claiming that they have solid evidence to unseat some of them with allegations of corruption, opposition chief whip and Pheu Thai MP Suthin Klangsaeng said today (Thursday).

The censure motion is scheduled to be submitted to House Speaker Chuan Leekpai on June 15th at 10am. The debate is expected to take four days.

Six of the accusations to be filed against the ministers include deliberate violations of the Constitution and the political code of ethics, non-compliance with policies announced in parliament by the government, human rights violations, the undermining of parliamentary democracy and mismanagement, said the opposition chief whip.

Suthin said he is quite confident that the opposition parties will be able to pin down some of the ministers with corruption charges, which may result to their departure from the cabinet, adding that the prime minister, as the head of the government, will also be held accountable for any misconduct by his ministers.

He admitted, however, that it is the exclusive right of each MP to vote in support of or against any of the ministers after the censure debate.

Earlier this month, the opposition was confident that it would be able to block the passage of the budget bill, for the 2023 fiscal year, in its first reading, believing that several renegade MPs from the smaller parties and the Thai Economic party, led by former agriculture minister Thammanat Prompao, would vote with them. They were, however, proven wrong as the bill sailed through 278:192 with two abstentions on June 3rd.

Prime Minister Prayut Chan-o-cha survived his third censure debate last September, when he received 264 votes, one vote more than those for Labour Minister Suchart Chomklin, who received the fewest votes of approval among the six ministers targeted. 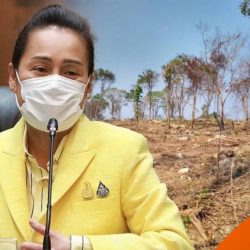