The Lower House is set to vote this evening whether to accept in principle the draft budget bill worth 3.18 trillion baht, an increase of 2.74% from last year.

The party’s deputy leader, Yutthapong Charassathien, of Maha Sarakham province, told the Lower House that he could not accept the bill because it contains irregularities and lacks transparency in projects like the water pipeline supply concession in the Eastern Economic Corridor, Chinese submarines, which still have problems with their engines, the planned procurement of F-35 fighter jets, which do not have a weapons system, and overly expensive unmanned aerial vehicles (UAVs).

Germany has refused to supply China with the submarine engines as part of the West’s sanction on China while the Royal Thai Navy has insisted that it wants the German engines only.

Regarding the water supply project, Yutthapong said he would like to know from the Treasury Department why an open bid was not organised and why the selection committee had to be replaced, threatening to raise this issue with Prime Minister Prayut Chan-o-cha, in his capacity as chair of the EEC board, Finance Minister Arkhom Termpittayapaisith and Deputy Finance Minister Santi Promphat during the upcoming censure debate.

Yutthapong claimed that the Royal Thai Navy plans to procure three UAVs, at a cost of 1.34 billion baht, while the same type of UAV was procured at 340 million baht each by the Philippine Air Force.

He questioned the Royal Thai Force’s plan to procure a fleet of F-35 jets from the US, at about 2.7 billion baht each, without any weapons system while many people in the country are still suffering from economic hardships.

Pheu Thai MP for Sakhon Nakhon Pattana Sappaso zeroed in on the budget of the Transport Ministry, particularly the Highways Department and the Department of Rural Roads, which are allocated 118.8 billion baht and 47.16 billion baht budgets respectively.

He claimed that most of the spending of the two departments is concentrated in Buri Ram, Surin, Si Kaset and Nakhon Ratchasima provinces in the Northeast.

Pattana then appealed to the budget scrutiny committee, which will be set up after the first reading of the bill, to redistribute these disproportionate budgets so that other provinces will have money for road construction and maintenance. 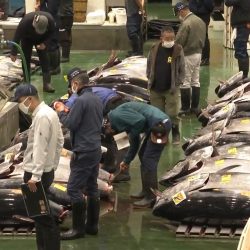