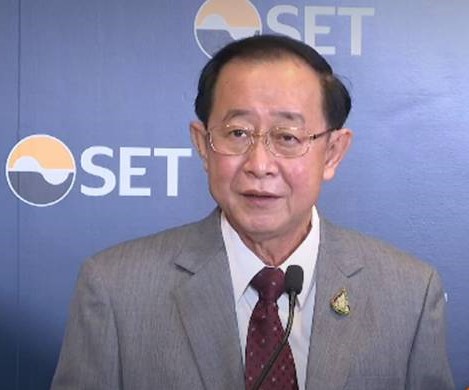 Wednesday’s suspension of Prime Minister Prayut Chan-o-cha from his duties by Thailand’s charter court may raise questions over whether investor confidence and public investments are being affected. The country’s finance minister has, however, insisted that investment projects, to which the government has already committed, will continue.

Finance Minister Arkhom Termpittayapaisith said yesterday (Wednesday) that “projects already committed are to be implemented in accordance with the government’s policies, all aimed at accelerating investment, stable growth and continuity of economic recovery.”

President of the Stock Exchange of Thailand (SET) Pakorn Peetathawatchai stated that Thailand’s economic development and investments continue to grow, regardless of Thai politics. Looking back 20-30 years, one can see that the Thai business sector, including Thai listed companies, both domestically and internationally, have always developed, he said.

This is in line with only slightly negative sentiment in the markets on August 24th, with a 2.02 point fall on trading value of over 80 billion baht.

Deputy Prime Minister Prawit Wongsuwan has been acting as a caretaker prime minister during Gen. Prayut’s suspension, expected to last until the Court announces its decision on his 8-year term.

Gen. Prayut’s first prime ministerial term began on August 24th, 2014, three months after he led a coup against a caretaker Pheu Thai government. Thailand’s Constitution limits a prime minister’s term to no more than 8 years (consecutive or non-consecutive), which means that, according to the Opposition and Prayut’s opponents, his term should come to an end on August 24th this year. The actual start date of Prayut’s premiership is, however, highly debatable, with his proponents claiming it should run either from 2017 or 2019, when he began his second term. 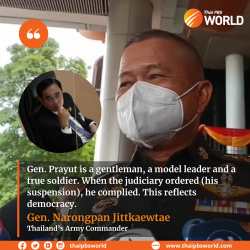 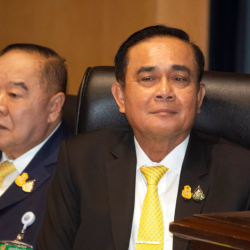