The Human Rights Lawyers Association (HRLA) and Nitihub, an open forum for public discussion of issues of public interest, have threatened to seek redress from the Central Administrative Court if the Thai Bar Association does not respond to their petition for a change to its dress code, which currently forbids female lawyers from wearing trousers in court.

The HRLA said in its petition, addressed to the Thai Bar Association president, that it has received complaints from a number of female lawyers, claiming that they have been admonished by judges for not dressing properly when they wore trousers in court, adding that they were occasionally taunted by opposing male council for breaking lawyer’s rules of etiquette regarding the dress code.

The HRLA also said that it has previously submitted an open letter to both the president of the Supreme Court and the Lawyers Council Under the Royal Patronage to issue dress guidelines which do not bar female lawyers from wearing trousers in court.

Responding to the open letter, the Office of the president of the Supreme Court said, if the lawyer is entitled to wear the Thai Bar robe, he or she should wear such a robe in accordance with the Lawyers Council of Thailand’s rules of etiquette and dress code.

Both the HRLA and Nitihub, however, insist that the dress code for female lawyers is irrelevant in today’s social context and that wearing polite attire, which is internationally acceptable, should suffice.

The two groups have, so far, collected more than 4,100 signatures on change.org to support their campaign for a change in the dress code. 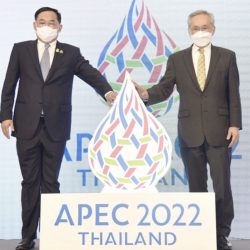