60 MPs, from both coalition and opposition parties, have been cleared by Thailand’s Constitutional Court of holding media shares on the day they registered their candidacy in the general election last year. One Kao Klai party-list MP, however, was stripped of his parliamentary status, after the court found him guilty of owning shares in two media firms, in violation of the Constitution.

32 government MPs, and an equal number from the Opposition, were accused of the offence.

The court dropped three opposition MPs from the list, because they already lost their parliamentary status when the Constitutional Court dissolved the Future Forward Party and banned its executive committee from politics.

Three former government MPs were also dropped from the list by the court, because they are no longer MPs. These include Pol Lt-Col Waipote Arpornrat, M.R. Chatumongkol Sonakul and Somkiart Soralum.

The court ruled that Mr. Thanwarin Sukkhapisit, a Kao Klai party list MP, had not disputed the allegation that he owned shares in two media firms and had not transferred his shares to other individuals, as claimed. 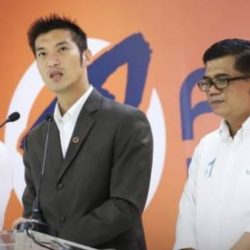 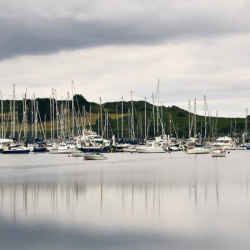